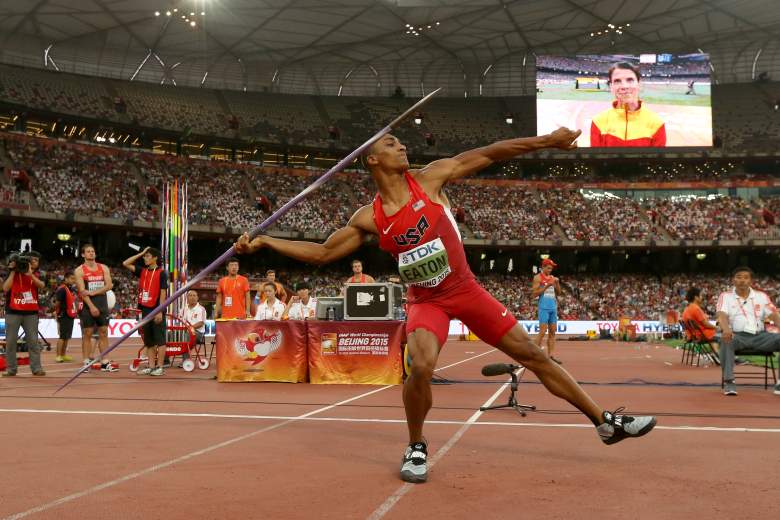 American Ashton Eaton held onto his lead in the decathlon on Thursday, trailing Canadian Damian Warner in the 110 meter hurdles, but beating him in the discus. As Eaton looks set to repeat London’s gold medal performance, here’s everything you need to know about his net worth, and endorsement deals. 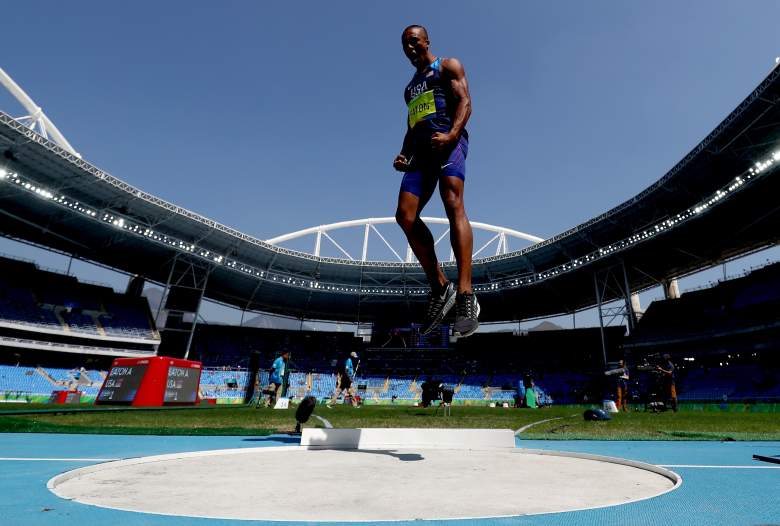 Several websites have pegged Eaton’s worth at an estimated $500,000. However, considering the lucrative endorsement deals he gained for the Rio Olympics, that figure is likely higher. 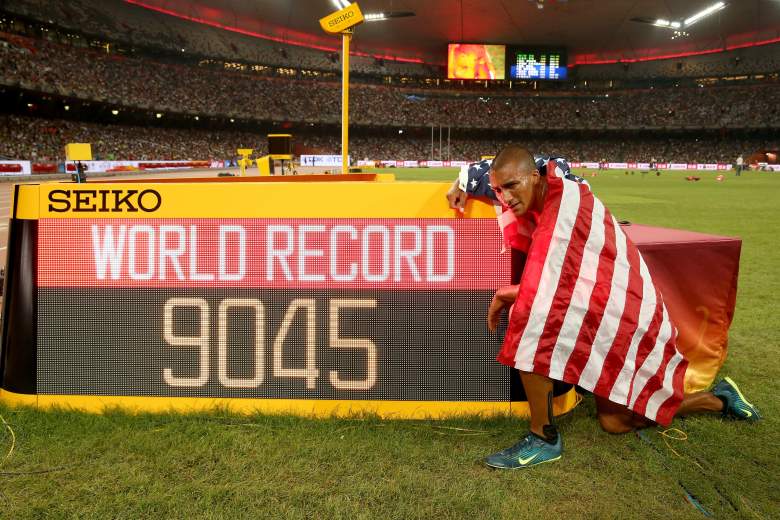 Eaton earned a $750,000 bonus for setting a new world record during the U.S. Track and Field trials before the London Games, according to E! News.

At the 2012 Olympic Trials at the University of Oregon, Eaton finished first in seven of the 10 events to finish with 9,039 points— breaking Roman Sebrle’s 11-year World Record.

3. He Has Earned Thousands from Major Competitions 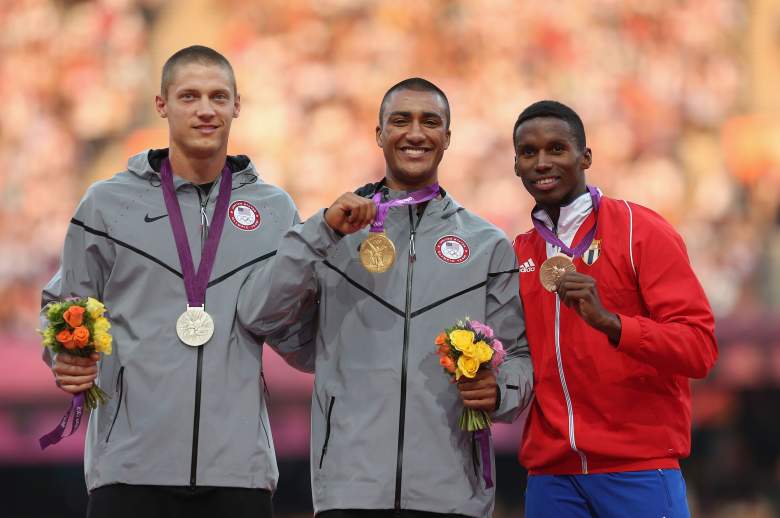 American athletes winning medals at the Rio Olympic Games receive a cash prize from the U.S. Olympic Committee. The awards vary based on the medal won. Those awards are on top of the actual value of a “gold” medal – which is around $366 for the Rio games. The gold medal is a mixture of a small amount of 24-karat gold, some copper and a lot of sterling silver, according to Time. Eaton won $25,000 for his gold-medal finish at the 2012 Olympics

Cash awards aren’t only at the Olympics— other international competitions also offer athletes the opportunity to rake in some dough.

While the exact cash payouts for these competitions vary from year to year, the average for first place is $40,000 per event. According to the IAAF’s website, athletes received a $100,000 bonus for setting a world record per event at the 2015 World Championships.

4. He Has Endorsement Deals Including P&G, Gillette & Visa

The road to Rio didn’t only include countless hours of training, it also involved business negotiations for Eaton and his agent.

Prior to the summer games, Eaton signed with Gillette to endorse its razors. Sports Business Daily reported that the decathlete would also reprise his role in Procter & Gamble’s “Moms” campaign, which ran during the ’12 Games.

“Obviously it’s the same family, so I deal with a lot of the same entities, and they have the same values. It’s also made things easy,” Eaton said of the agreement to Sports Business Daily.

Eaton also has deals with Coca-Cola, Visa and Chobani.

5. Eaton is Hoping to Tell His Own Story Through His Business Partnerships

Eaton told the PostGame it’s important for him to shape his own brand as a professional athlete. He explained it’s something he takes into consideration before entering an endorsement deal.

You get approached by sponsors, and there’s just campaigns they want to run and the stories they want to tell, and you get a choice,” Eaton says. He’s explaining his new “Perfect Isn’t Pretty” campaign with Gillette, which shines a light on the hard work and suffering that happens behind-the-scenes, months and years before the Olympics arrive.

[Myself and Gillette] are kind of looking to tell a parallel narrative. We both have goals, and the path to those goals isn’t always pretty, it’s rough.

I think it’s what people should be seeing or hearing. Even if you see a great performance, it’s not always great getting there. There are injuries. … Intrinsically or unconsciously, people understand that — people see those performances and they know there are stories behind that.

Another example is the deal he inked with Chobani earlier this year. As he told NBC, the tagline of Chobani’s #NoBadStuff campaign is what attracted Eaton to working with the company.

“No bad stuff, it felt like something I have adopted as an athlete. Every day I am faced with some really frustrating situations,” he told NBC. “[And] they do not always get better. But I can choose whether to take those situations and see them as learning experiences.”