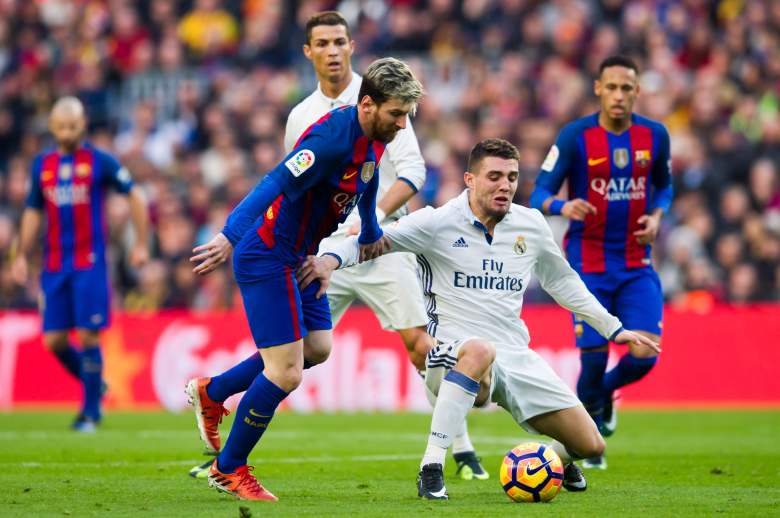 Lionel Messi of FC Barcelona fights for the ball with Mateo Kovacic of Real Madrid CF during a match in 2016. (Getty)

The always-fierce rivalry between Real Madid CF and FC Barcelona will write another chapter Sunday when the two clubs square off in what is always one of the world’s most intense games.

This one, though, has some especially high stakes.

Madrid is out in front in the La Liga table, while Barcelona sits in second with Atletico Madrid following closely behind.

If Real Madrid earns a win, it will hold a six-point lead in the standings with just five matches in league play remaining. If Barcelona gets by its enemy, it moves into a tie on the top of the table with Real Madrid and gets the edge with the head-to-head tiebreaker.

A draw between the two sides wouldn’t mean too much in terms of league play.

But tensions will almost certainly be high, especially with Barcelona’s early exit in the Champions League on Thursday. They will be looking for blood and looking for it early on in the match. Real Madrid has a tough remaining league schedule, so a victory — while not a necessity — would go a long way in continuing its momentum toward the conclusion of the season.

Madrid’s Cristiano Ronaldo suffered an injury in an April 12 match against Bayern Munich, though it doesn’t seem to be serious and he will play in El Clasico on Sunday. Gareth Bale also suffered a calf injury in the match, but he will play in Sunday’s match. But Raphael Varane is out with injury for Madrid, who has become known as a Messi-stopper in recent matches.

Barcelona is without one of the members of its three-headed attack, with Neymar set to miss the game due to a three-match ban he received from a red card in a game earlier in the month at Malaga. He got an automatic suspension for the red card, but taunting the referee on his way off the field added two more games to the suspension.

Here’s a look at both lineups for both of the clubs ahead of El Clasico: 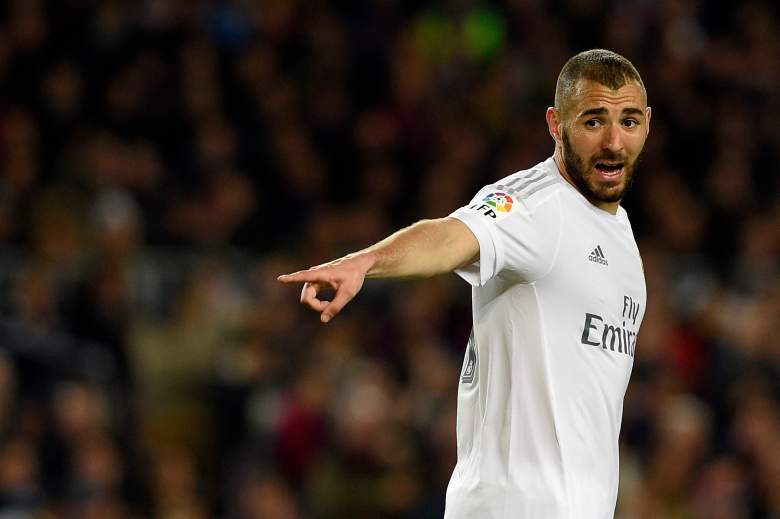 Real Madrid walked away the victor in the match before that with a 2-1 victory on April 2, 2016. But Barcelona had no problem with Real Madrid before that in November 2015, as it cruised to a 4-0 win. 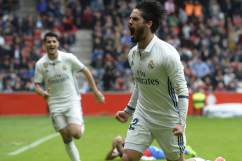 Read More
Barcelona, Real Madrid, Soccer
Barcelona will head into its fierce match-up against Real Madrid without Neymar, due to suspension. Get the full lineups and match history.