The Cleveland Browns have addressed many of the holes on their roster this offseason, but if there’s one spot remaining that the team needs to look at it’s at right guard.

Jack Conklin and Jedrick Wills were brought in this offseason to shore up the tackle spots and Joel Bitonio and JC Tretter are strong incumbent starters in Cleveland. However, the Browns are relying on some unproven names to fill in at right guard. Wyatt Teller, Drew Forbes, Colby Gossett and Willie Wright are expected to compete for the starting spot. Veteran Pro Bowler Larry Warford, formerly of the New Orleans Saints, could be a huge addition to the Browns line.

Warford was released by the Saints last month, clearing more than $7 million in space for a player who was not locked into a starting role. The Saints will likely rely on first-round draft pick Cesar Ruiz to fill the hole left by Warford, who had made the Pro Bowl the last three seasons. 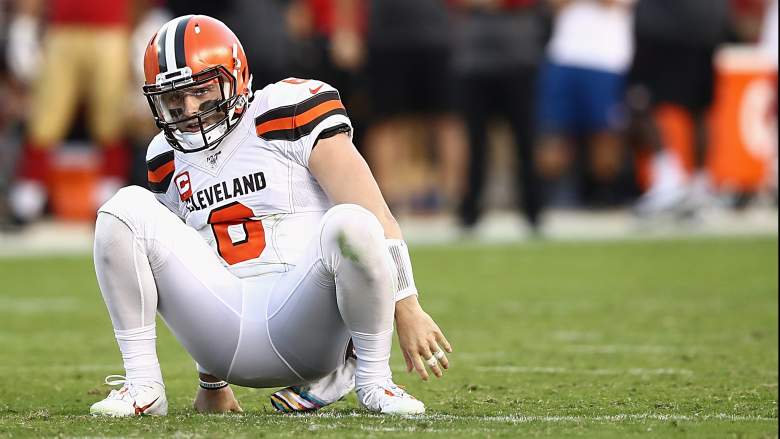 GettyBrowns QB Baker Mayfield peels himself off the turf.

Since he was let go, there’s been little movement on the free agent market for Warford. NFL insider Ian Rapoport joined Bull and Fox on 92.3 The Fan in Cleveland and addressed the Browns interest in Warford and what it could take to put get him in orange and brown.

“I was told he wants what he was going to make, which is $7 million,” Rapoport said. “The Browns could do it, they could certainly find the salary cap space. That wouldn’t be much of an issue. But do you want to pay $7 million for a guard who no one else has signed for $7 million. Is that the value you really want? That’s probably a question. And then the other part of it is, that would be basically half of Clowney’s salary — maybe that knocks you out of signing Jadeveon Clowney. Where would you like your resources?”

The Brown currently have the most remaining cap space, in excess of $37 million, per Spotrac. If the team decided to pursue both Warford and Clowney, they could also part ways with oft-injured veteran defensive end Olivier Vernon who is due more than $15 million this season. 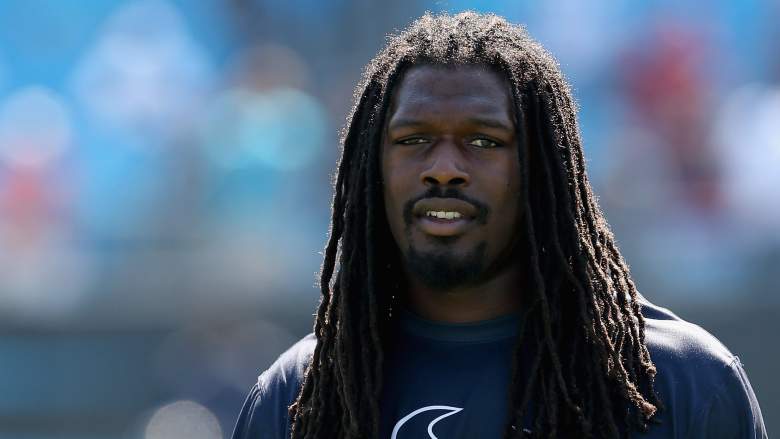 The biggest free agent name the Browns have been linked to as of late is Clowney. The former No. 1 overall pick reportedly turned down the most lucrative offer he’s received so far in free agency from the Browns, but Rapoport assured that doesn’t mean the Browns are out of the running.

“There was a time where they were very strongly in it and I thought, actually, that it may happen. I was preparing for Clowney to sign with the Browns,” Rapoport said. “We could never nail down the fact that Clowney had actually agreed. I know the Browns had a good offer.”

Jason La Canfora of CBS Sports reported on Tuesday that “the word in the agent community is that the reportedly ‘super lucrative’ deal he turned down from the Cleveland Browns would have been worth $12 million at its base.”

There’s simply not a lot of reason for Clowney to sign right now with the offseason at a relative standstill.

“For Clowney, it’s obvious he wanted more money than what was there in free agency, of course, otherwise he would have signed. I think now he still wants a lot and there’s still something to be said for why he would sign now. Why would it makes sense now?” Rapoport said. “He can wait until teams have more economic certainty and then feel more comfortable coughing up $15 million or whatever it ends up being. We are a long way from done from the sense I get on the saga Jadeveon Clowney.”