6. Bronze Tier Characters are Only Good for the Starting Portions of the Game

• Once you begin the game, you’ll be gifted with Bronze tier fighters. These nameless characters fit the general criteria for the fighter types we alluded to in our 2nd tip. For the 1st couple Towers or so, these characters get you by. Soon enough though, these characters can get demolished pretty easily by Silver tier characters. Keep a combination of your Bronze tier fighters together for the time being before you unlock a Silver tier character. Once you get a Silver tier fighter in your hands, place him or her next to your two bronze fighters. From that point forward, that’s the only team you should play with.

7. Silver Characters Come in the Form of Iconic Fighters

• The Silver tier characters in the game make up the bulk of main characters seen in the console version. You’ll finally get the chance to control popular fighters such as Kano, Reptile, Sub-Zero and several others once you spend some major Koinage on them. The Koin cost for these Silver tier characters are pretty high, so you’re gonna have to grind in beaten towers or spend some real dollars to get more Koins. As soon as you get a Silver tier character, put him or her in one of your teams ASAP. Spend your Koins on upgrading their special special moves, offer them equipped items and make sure you purchase the appropriate support cards for them. There’s no need to spend your Koins on upgrading Bronze tier characters, in our opinion.

8. Gold Characters Come With Variations and the Best Stats

• You may have noticed just how expensive those Gold tier characters can be. Souls are pretty hard to come by, which is why you may be forced to purchase a set of them with real world currency. Not only do Gold tier fighters come with the best stats, they come in different variations. For example, Johnny Cage comes in three character card forms – Stunt Double, A-List and Fisticuffs. Gold tier characters can also use X-Ray maneuvers, which deal a ton of damage. Before you spend all those valuable Souls on a Gold tier character, make sure you align them with a fitting team in mind. That means if you cop any type of D’Vorah character card, put her in a team with two Outworld characters. Maxime your team synergy with powerful Gold tier fighters. And hey, take on the Raiden Challenges. Beating them gifts you with Gold characters.

9. Log-In Every Day for Those Daily Event Rewards

• You may just get addicted enough to play this fighter on a daily basis. That’s a very viable move, since you get awarded with a reward. On top of nabbing a free gift, you’ll also come across daily events. These daily events usually beating a single or numerous bronze, silver or gold tier teams. Since you’ll need to replay previous towers anyways, you might as well fulfill the conditions set by these daily events. You’ll walk away some much needed Koins.

10. Get Ready to Participate in Faction Wars and Get Gifted With Special Unlocks

• One of the better features of this mobile version of MKX is its synergy with the console version. You may have noticed that Faction Wars is also available on mobile devices, which is a cool meta-game. Players choose a clan to align themselves with, contribute points through their efforts through offline/online play and then win weekly faction wars if their group reaches the contribution cap first. Special unlocks come from successfully participating in Faction Wars. We have a hunch that the two costumes posted above are just a few of those related unlocks. Farmer Jax and Ninja Mime Johnny Cage are two of the special outfits that can be unlocked on the mobile version for the console version. You can also unlock Klassic Kitana and Mileena. 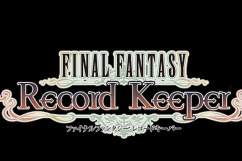