Now that the warmer months of the year are upon us, there’s plenty of opportunities to head outside and partake in some outdoor activities. That doesn’t mean you have to abandon your mobile devices the whole season. There’s a wealth of games floating around the Google Play store that can be enjoyed while you’re sunbathing. We have a bunch of cool action-based games that put you in all types of crazy situations. The return of the Hungry Shark franchise is upon us, plus we have an explosive 2D platformer, an action packed MMO, an animal filled infinite runner and a new take on the GTA formula. Here’s our top five picks for the best new Android action games of May 2016.

Hungry Shark Evolution was a pleasant surprise when it first arrived. After years of players putting the game through its strides and making it a mobile smash hit, Ubisoft has returned with a proper sequel. Hungry Shark World once again puts you in control of a dangerous and bloodthirsty shark. With 17 different species of shark and seven different size tiers to grow to, you’ll become quite enamored with your massive sea hunter. You’ll swim through a myriad of locations and consume anything and everything there is to eat. This sequel brings with it just the right amount of additional content, but it keeps the spirit of the original hit alive and well.

Any historian who’s delved into the ancient teaching of mythical Gods and Goddesses have learned about Mount Olympus. There’s been a ton of console and mobile games that have tapped into the mythical clashes for Mt. Olympus. The latest one on our list is Olympus Rising, an action MMO with some quality visuals and addictive gameplay. You’ll develop a powerful warrior, obtain God-like heroes, employ the aid of bold creatures and perform many more actions that will solidify your spot as a protector of Mt. Olympus. Olympus Rising features everything you love about top-down action RPG’s and so much more.

GANGFORT lets gamers live out their A-Team dreams right on their mobile device. If you enjoyed Broforce, then you’ll have an awesome time with this 2D shooter. You’ll hop into pixelated worlds as one of nine different characters and play out one of two different objectives: “Grab the Spot” and “Roll the Bomb.” Playing offline against bots is a decent experience, but you’re much better off hopping online and getting into some explosive team-based battles. GANGFORT is a rollicking good time.

It may be hunting season for all those seasoned hunters out there. But within the animal kingdom, it’s officially Crashing Season. This impressive looking infinite runner lets you select from a crew of animals who are fed up with their human opposers. You’ll pick up speed and crash through forests, snowy environments and dusty towns as you wipe out enemies, blast through huge bosses and pick up new goodies. Whether you’re a sly fox, angry buffalo or rabid grizzly bear, you’ll have just the right amount of tools needed to wipe out those pesky hunters. 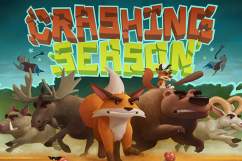 Did you enjoy raising hell in the GTA series and its many offshoots and copycats? Then Grand Gangsters 3D’s implementation of those open-world crime tactics should keep you entertained. Of course, there’s shooting, driving and plenty of situations that test your masterful handwork (you’re gonna do a lot of punching). You’ll need to stay far ahead of the police, complete a ton of missions, taking down rival gangs and fight all the way to the top of the criminal underworld. Grand Gangsters 3D is a nice GTA-like game that makes good use of the formula that inspired it. 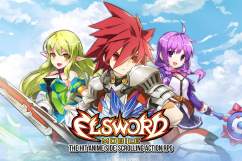