The newest killer in Dead by Daylight is the Trickster, a former K-Pop star who was claimed by the entity to harass survivors for the rest of his existence.

In the PTB, he was met with a lot of excitement, but a lot of that focused on how he looked versus how he played. At least his perks were cool.

Now that he’s released into the main game, it’s clear that he needs some tweaks, and BHVR agrees with that sentiment. In the upcoming 4.6.1 bugfix patch, the developers will be giving him a variety of buffs that will make him feel better to play, but not make him a terror to go against.

Buffs are on the Way 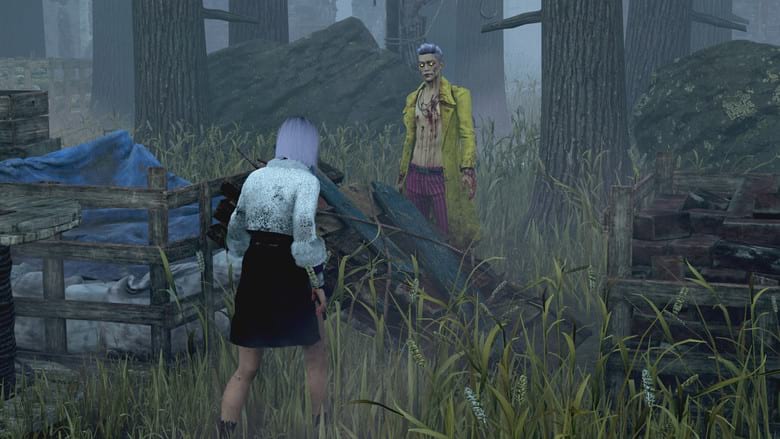 Before the changes were announced, this killer felt like he was heading down a path where players would slowly, but surely, play as him less and less because he was just too difficult to rank up with.

To help combat that, the buff will increase his movement speed across the board and make his throwing knives a lot more accurate. Hitting the throwing knives is already hard enough as it is, so it’s nice to see the devs address that by making it a bit easier on Trickster players.

If you’re somebody who has already switched back to a killer like the Spirit, perhaps you could give the Trickster another whirl after this update and see if there’s something you like better now.

To help The Trickster keep up during a chase, we’ve increased both his maximum and minimum movement speed while throwing knives. The speed penalty from throwing multiple knives is now significantly lower than before. This allows you to lose less ground while using your power and land more knives before losing sight of the Survivor.

To make his power feel more fluid, we’ve decreased the time it takes to ready his power. This will both feel better to use and give you a larger window to throw knives. As you’ll be able to keep up much better than before, the grace period before you can do a basic attack after cancelling your power has been increased slightly.

Initially, The Trickster launched with both spread (random inaccuracy to each knife thrown) and recoil. As landing multiple hits on a sporadically moving Survivor can be a challenge on its own, we’ve removed spread and significantly decreased recoil. This will give you much more control and make your accuracy more dependent on your own skill.

Finally, rounding off the list with some various but still notable changes:

Whether or not this will be enough to give the Trickster some much-needed viability at the higher ranks remains to be seen, but it’s a good start!