This week, the Fortnite quests are having us go on a rescue mission of sorts to see if we can recover the black box of a crashed airplane.

We don’t know much about the plane itself, but we can tell you where to go to find this mysterious black box. There’s even a chance this could explain more about the Season 5 story.

We’re about to go into the month of February and we still don’t know a whole lot about what’s coming in Fortnite, which is a bit surprising.

Whether or not this black box links into the overall plot doesn’t really matter right now as we assume you’re just in this for the free XP.

Where to Find the Black Box 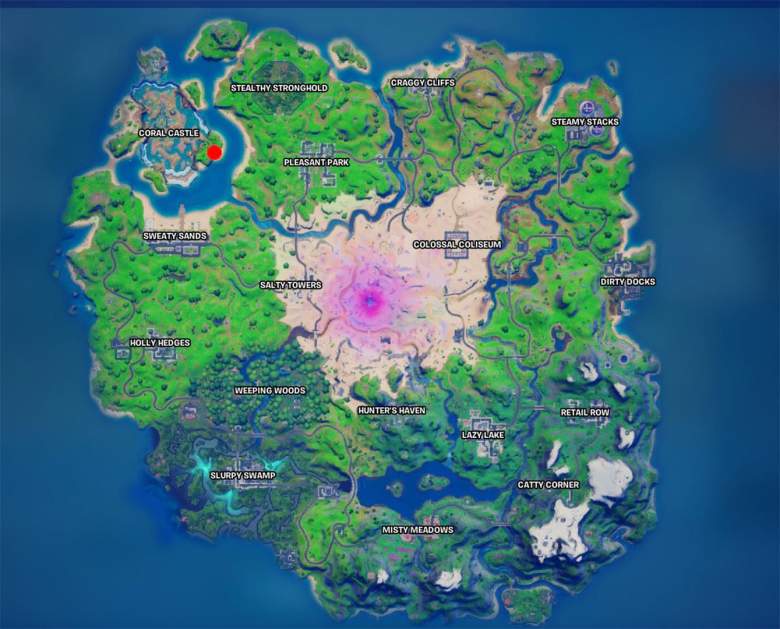 To find the black box, you’ll first have to track down the crashed plane itself. You can find it off the coast near Coral Castle.

Once you land, you’re going to be looking for a black box with reels attached to it. All you’ll have to do is walk up to it and interact to complete this quest. Keep in mind that it won’t appear for you unless you unlock the quest first.

If you’re not seeing this quest popping up in your list of challenges, that means that you have fallen behind.

Unlike previous seasons, Season 5 is requiring players to stay relatively up to date with all of the quests since they have a bunch of tiers for you to go through first.

The good news is you have until the end of the season to get all of this done, so you still have plenty of time. Just make sure you don’t let it pile on too much!