At long last, another season of Fortnite is right around the corner and there will be a lot of changes that come with it.

Gone are the days of weekly updates that would give players new things to look forward to, so the start of a new season is usually the biggest update for months.

The past couple of seasons haven’t done much in the way of map changes, so the start of the season is also the time for that to happen. All in all, Season 7 is shaping up to be a big update, so let’s just dive right in and take a look at what we know about it so far.

The Primal Season — and Makeshift weapons — will soon be extinct. Craft ‘em while you got ‘em. Downtime for Chapter 2 Season 7 begins at 2 AM ET (06:00 UTC).

With the launch of the new Season, please note that patch sizes will be larger than normal on all platforms. pic.twitter.com/W82NXiqly1

Since this is a big update, there is going to be downtime. On top of that, since it’s also the start of a new season, the size of the download will be larger than usual.

The downtime begins at 2 a.m. ET on June 8, which would be 11 p.m. PT on June 7. In their tweet, Epic confirms that Makeshift and Primal weapons are going to be removed from the game at this point.

This would seemingly indicate that the crafting mechanic would disappear too since there’ll be nothing to build, but they might decide to go a different direction.

Another thing Epic has confirmed is that you’ll now be able to cancel a Shakedown, something players have been asking about for months now. Better late than never, right? 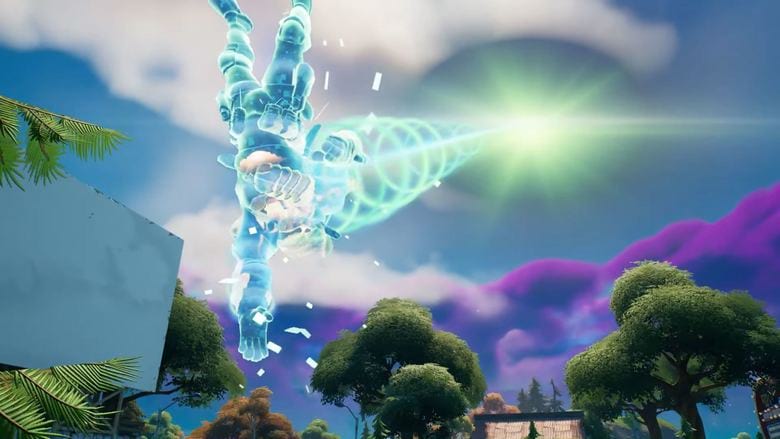 Any patch Epic releases in Fortnite is usually packed with some bug fixes and the massive v17.00 is no different.

Thanks to the Fortnite Trello board, we know exactly what the bugs being fixed are, so let’s just take a look at those.

Strangely enough, there aren’t a ton of bugs that aren’t being fixed with this update, but that can actually be considered a good thing. If there are little bugs being fixed, that usually means there’s not a ton plaguing the game at the moment.

There are still plenty of smaller bugs that are currently being looked at for fixes, but they aren’t guaranteed to be in this update.

What Else Do We Know?

We don’t know a ton about the actual season, but we can get a clearer picture by going off the teasers.

It’s possible we could get a Superman skin in the season, and it’s also looking like there will be a collaboration with Rick and Morty.

A prominent Fortnite leaker has said Llamas will be getting a rework in Season 7, so that will be something for us to keep an eye on. It’s never felt like Llamas needed to be looked at, but the leaker says it should be a good change.

Other than this, it’s anybody’s guess as to what we can expect in the season, so we’ll just have to wait a few more hours to see everything!