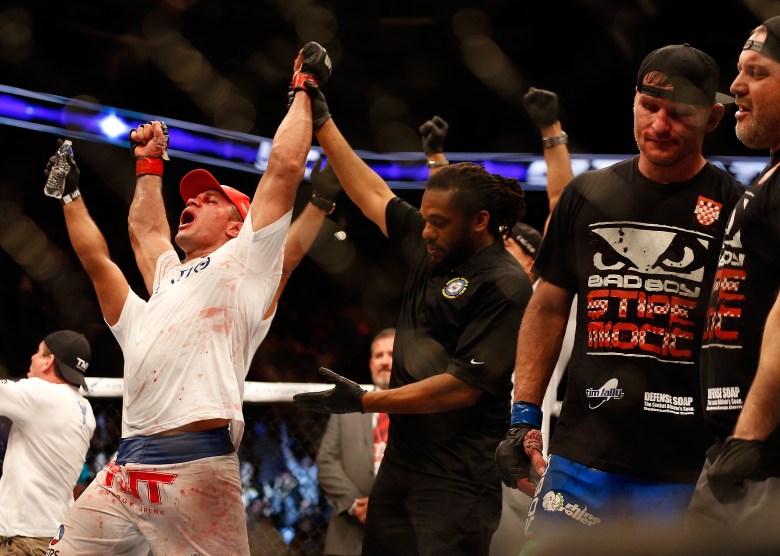 In a huge headlining fight for both fighters, former Heavyweight champion Junior Dos Santos won a bloody brawl with promising up-and-comer Stipe Miocic. The decision puts Dos Santos back on the winning track after losing to Cain Velasquez, and the loss halts Stipe’s hopes at getting a crack at a chance for the belt. Although Dos Santos appeared to be the more bloodied up of the two, he was able to outstrike Miocic and landed a huge knockdown in the 3rd round with his signature left hook. Stipe’s corner seemed shocked/disgusted with the decision (pictured above) but Dos Santos’ stamina was much better in the later rounds, which ultimately won him the fight. What’s next for Dos Dantos? With the inevitable matchup of Interim Champion Fabricio Werdum and Cain Velasquez to be slotted in the near future, Dos Santos could find himself floating around for a while. 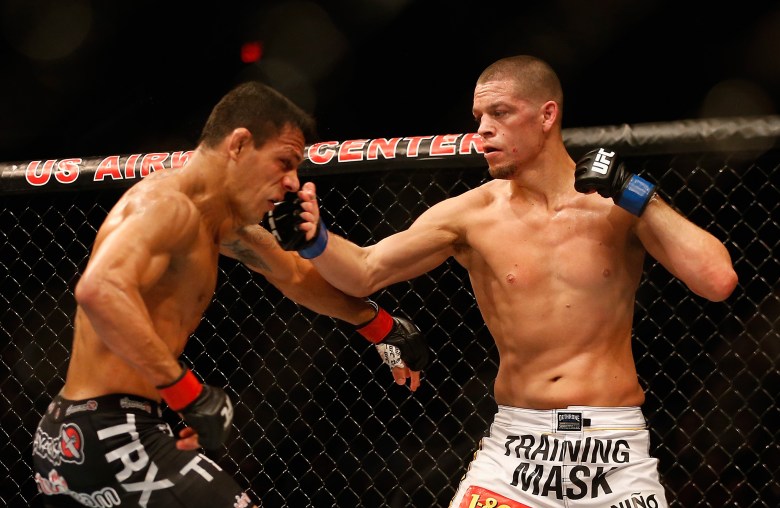 In Nate Diaz’s return to the octagon in over a year, he looked like he still had a lot of maturing to do, both in and out of the cage. Leading up to the fight, Diaz made very critical remarks about not only the new Reebok deal that the UFC signed, but also the signing of new fighter and former WWE Superstar CM Punk. Nate and his brother Nick are known for being outlandish and not holding back on speaking their mind. For years, fans have embraced/tolerated it because they are top-tier fighters. Nate Diaz has now lost 3 of his last 4 fights, and Nick is a very heavy underdog against Anderson Silva next year. Will we see a a more modest Diaz brothers in light of their recent performances? Probably not.

But enough about the Diaz brothers; the real story is the resurgence of Rafael Dos Anjos and his dominance over Nate Diaz. Nate landed some decent strikes but overall was dominated in this fight. Anjos got into Diaz’s head early and didn’t let up. Diaz reverted to slapping Dos Anjos at a certain point, showing that he was completely frustrated (above). Rafael deserves his announced title shot with Pettis and it’s looking like he will get it. 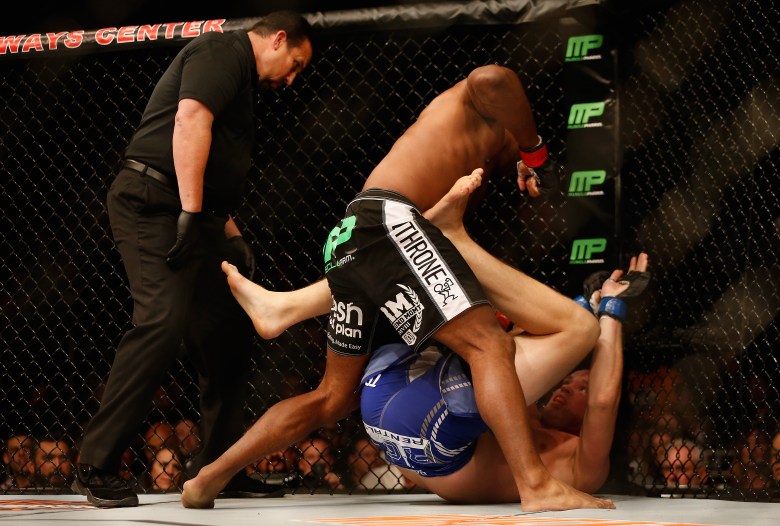 Alistair Overeem should be fighting for the UFC Heavyweight Championship against Cain Velasquez. He should be ranked in the pound-for-pound lists for all fighters, building up for his UFC belt. The problem with Overeem and the reason why these things aren’t happening, is that since he has come to the UFC, he has been inconsistent. Hopefully for him, Overeem can put a string of wins together to show that he has one last run in him before his title-shot days are over. This Struve fight was a good start into showing Dana White that he can still dominate good fighters. With a good group of Heavyweights coming off wins like Matt Mitrione, Travis Browne and Todd Duffee, Overeem should have another good fight on the horizon to show his worth.