Where will he go next?

This morning Edward Snowden did not show up for the “Aeroflot” flight that was intended to carry him from his current sanctuary, Russia, to Cuba. Due to a release from the Ecuadorian Government regarding Snowden’s request for asylum, it was believed that Ecuador was the intended final destination for the NSA whistleblower.

So where is Edward Snowden now? Here is what we currently know:

Snowden Missed His Flight to Cuba

Seats 17A and 17C on a flight between Moscow and Havana were left empty as the plane took off. The two seats were intedend for Edward Snowden and his new travel companion, Sarah Harrison, the attorney for Wikileaks. Russian publication Kommersant reported that the dozens of journalists also on the flight searched every compartment in the cabin searching for a hidden-Snowden but to no avail.

Standing next to Edward Snowden's seat on flight to Cuba. He ain't here. pic.twitter.com/NVRH3Pzved

I hope the hacks on that flight to Havana will file interesting stories about Cuba before they leave.

Kommersant also speculates that Snowden may be leaving on the next flight to Havana which leaves on Tuesday June, 25.

Edward Snowden could be continuing on his intended journey to Ecuador via Havana by another route or a more roundabout transportation route to avoid the press storm this morning’s flight to Cuba caused.

Could Iceland or Venezuela Still be a Possibility For Snowden?

However, there is also a possibility that Snowden’s brief association with the Ecuadorian diplomatic party may have been a ruse to conceal his real destination, Iceland. Snowden asked Iceland to consider granting him asylum early last week. Rumors also circulated yesterday that asylum in Venezuela might be Snowden’s final destination. 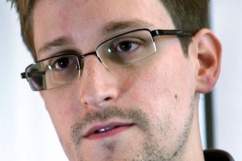 Edward Snowden Possibly in Talks With Iceland to Gain Asylum

The U.S. Government Blankets the World in Extradition Requests

Meanwhile, the United States government has been blanketing much of the world with extradition requests for the 30-year-old whistleblower. Hong Kong was issued one earlier this week, as was Russia, and a preemptive request was sent to Ecuador yesterday.

It's awful how Snowden is traveling through countries with no freedom! Now: back to our debate: should US journalists be arrested? #Sorkin 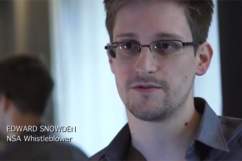 Loading more stories
wpDiscuz
0
0
Would love your thoughts, please comment.x
()
x
| Reply
This morning NSA whistleblower Ed Snowden missed his flight from Moscow to Cuba. Is his intended destination Ecuador? And where is he now?