Right now, at Fort Meade in Maryland, 25-year-old Bradley Manning is undergoing day one in a courtroom after nearly three years of imprisonment without a trial.

Private Manning was arrested in 2010 in the leak of more than 250,000 diplomatic cables to Julian Assange’s Wikileaks.org. Manning has recently pleaded guilty to 10 less serious of the 22 charges against him. You can read a list of all the charges leveled against him by the United States here.

According to NBC, because he pleaded guilty to these 10 charges, even if he were to be acquitted of the more severe charges he would still face up to 20 years in prison.

The largest of the charges that lead prosecutor Maj. Ashden Fein is attempting to pin on Manning is that of Aiding the Enemy, which would result in the death penalty.

Any person who—
(1) aids, or attempts to aid, the enemy with arms, ammunition, supplies, money, or other things; or
(2) without proper authority, knowingly harbors or protects or gives intelligence to, or communicates or corresponds with or holds any intercourse with the enemy, either directly or indirectly;
shall suffer death or such other punishment as a court-martial or military commission may direct. This section does not apply to a military commission established under chapter 47A of this title. 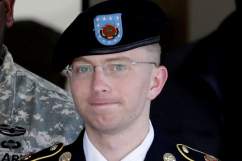 Day One of the trial is so far focused on the prosecutor trying to prove that Manning’s diplomatic leaks, as well as his leaking of the 2007 U.S. military helicopter strike on an Iraqi village, specifically aided the enemies of the United States.

#Manning prosecutor says info of “great value” to US enemies and adversaries.

This story will be unveiling as the week goes on. We will keep you updated as the trial progresses. 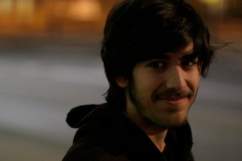 Law That Led to Aaron Swartz Suicide May Get Even Stricter

Loading more stories
wpDiscuz
0
0
Would love your thoughts, please comment.x
()
x
| Reply
After over 1,000 days of imprisonment, infamous leak and whistle blower Pvt. Bradley Manning has finally reached trial, where the U.S. is prosecuting him for 22 charges, including aiding the enemy.