The execution of Richard Glossip has been stayed by Oklahoma Governor Mary Fallin until November 6.

Glossip was scheduled to be executed on September 30. He was sentenced to death in the killing of his boss, Barry Van Treese, in 1997, but has maintained his innocence. Van Treese’s killer, Justin Sneed, testified that Glossip hired him to beat Van Treese to death.

The case has drawn intense scrutiny from death penalty opponents. About an hour before Fallin’s decision to stay the execution, the U.S. Supreme Court refused to halt Glossip’s execution.

1. The Stay Is Related to Lethal Injection Drug Issues

I have issued a 37 day stay for Richard Glossip while the state addresses questions about its execution protocol http://t.co/t3LVhjNn7z

Governor Mary Fallin said she has issued the stay to allow time for the Department of Corrections and its attorneys to determine whether potassium acetate is complaint with the state’s court-approved execution procedures.

“Last minute questions were raised today about Oklahoma’s execution protocol and the chemicals used for lethal injection,” Fallin said in a statement. “After consulting with the attorney general and the Department of Corrections, I have issued a 37 day stay of execution while the state addresses those questions and ensures it is complying fully with the protocols approved by federal courts.”

Fallin added, “My sincerest sympathies go out to the Van Treese family, who has waited so long to see justice done.”

2. Glossip Says He Was Set-Up By the Killer

Justin Sneed testified that he was hired by Glossip to kill Barry Van Treese. (Oklahoma Department of Correction

Glossip has claimed that he was not involved in the killing. Justin Sneed is serving a life sentence after he testified against Glossip.

The defense says they have witnesses who can back up their claim that Sneed acted alone, NBC News reports.

Daniel Van Treese’s family told NBC that they have no doubt Glossip was involved in the killing to cover up a $10,000 embezzlement.

3. His Execution Has Now Been Delayed 4 Times

On September 16, the Oklahoma Court of Criminal Appeals halted consider an appeal made less than 24 hours before the scheduled execution.

Glossip received calls for mercy from Pope Francis, along with Sister Helen Prejean, who was the inspiration for the movie Dead Man Walking.

Susan Sarandon, who portrayed Sister Prejean in the movie, Richard Branson and George Takei are among the others to support Glossip.

5. His Family & Supporters Have Gathered Outside the Prison Where He Is Set to be Executed

Glossip’s family had gathered outside of the prison where he was set to be executed.

After the execution was stayed, they prayed together, thanking God for the reprieve. 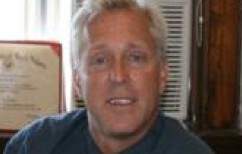