Here is what he told us about…

I was at the beach with my family trying to inflate those awful pool floats. After seeing all the hassle inflating and deflating those pool floats caused my whole family, I started researching the problem.

The Windcatcher valve has been designed to take advantage of a really cool phenomenon called entrainment. When you blow into our special valve your breath creates a stream of fast moving, low pressure air. This stream of low pressure pulls in a ton of the surrounding air, thereby greatly amplifying that breath to make inflation 10 times faster. The large Windcatcher valve has also been designed to allow you to dump out all the air nearly instantly, making deflation and packing up much faster and easier.

I started researching just after my trip at the beach, in December 2011. It only took a couple days to create my first prototype but that one was a terrible idea (picture a garbage bag that you fill with air and then squeeze to pump that air into a mattress). My first fully functional Windcatcher inflatable mattress was created around December 2012.

Kickstarter has been great! I wouldn’t have been able to get Windcatcher off the ground without it. It is also the most stressful thing you’ll ever voluntarily do. But the support of the Kickstarter backers makes it worth it.

If He Was Nervous in the ‘Tank’

Heck yeah! You only get one chance to get your pitch right and if you mess up, millions of people will see it. So yeah, I was nervous at the beginning. During the rest of the show I don’t think I was nervous but I honestly don’t remember. There was never a dull moment, that’s for sure. 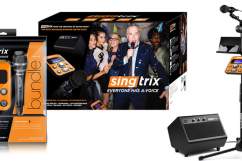 Singtrix After ‘Shark Tank,’ No Deal, But Now in 4,000 Stores: Interview With Owners 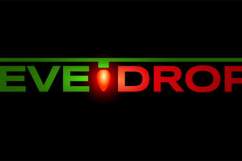 EVE DROP After ‘Shark Tank,’ No Deal But Sales More Than Doubled: Interview With President