As Marco Rubio has enjoyed success in his political career, the story of Mario Rubio has been told to a wide audience. The audience continues to get bigger as Marco runs for the Republican party presidential candidacy. Marco has even dedicated an entire campaign commercial to his father.

It was from his father that Marco learned the value of hard work, perseverance and sacrifice. He often tells the story of his father’s hardwork as a bartender and dedication to providing for their family. Mario came to the United States from Cuba in hopes of finding a better life for he and his family.

Despite passing away in 2010, Mario is at the center of his son’s presidential campaign and has left a legacy that the country has been introduced to through Marco.

1. Mario Spent Most of His Career as a Hotel Bartender

Remembering my father today – he worked hard to provide so many opportunities for me and taught me what the American Dream is all about. #FathersDay

Mario’s story has been popularized through his son’s various campaigns, most recently his 2016 presidential bid. Marco has talked often about his father’s hard work and sacrifice to provide for their family. His father was featured in a campaign ad called “Bartender”.

According to RealClear Politics, Marco referenced his dad during his announcement of his 2016 presidential bid:

My father stood behind a small portable bar in the back of a room for all those years, so that tonight I could stand behind this podium in the front of this room. That journey, from behind that bar to behind this podium, is the essence of the American Dream.”

According to the Washington Post, Mario was a bartender at Miami’s Roney Plaza Hotel. In a statement after his father’s death, Marco referenced additional jobs his father had done including working as a street vendor, security guard, apartment building manager and crossing guard. 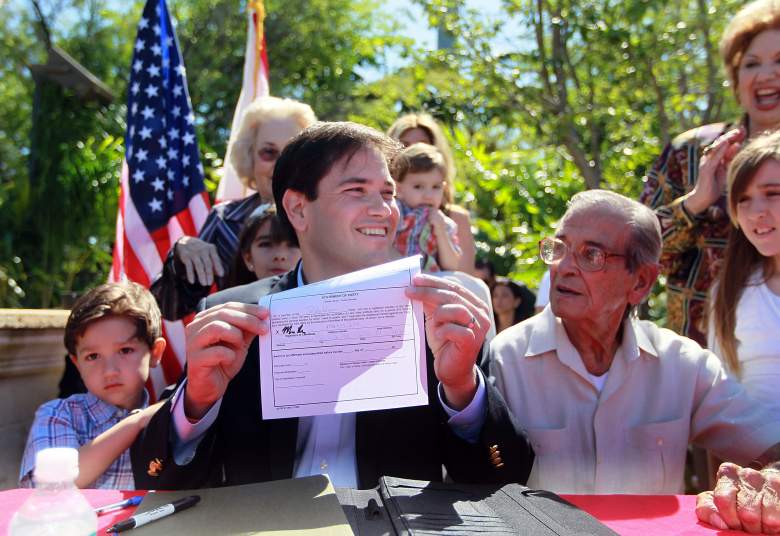 Mario died during Marco’s 2010 senate campaign after a long bout with emphysema and lung cancer. He was 83 years old and had been married to his wife, Oriales, for 61 years at the time of his passing.

His father died two months prior to his 2010 senate victory. According to RealClear Politics, he referenced the impact of his father’s death in his initial speech announcing his 2016 presidential bid:

I regret my father did not live to see this day in person. He used to tell me all the time: En este pais, ustedes van a poder lograr todas las cosas que nosotros no pudimos. In this country, you will achieve all the things we never could.”

3. Mario & Oriales Arrived in the United States from Cuba in 1956

The Rubios fled Cuba in pursuit of economic opportunity in America in 1956. While Marco initially referenced his parents fleeing Cuba to escape Fidel Castro, the Washington Post found documents that showed his parents had left Cuba over two years prior to Castro’s arrival.

Marco has explained that the stories he has relayed were passed down in the family through “oral history”, and it was not a deliberate attempt to mislead people. He has maintained that the core of the story is his parents leaving a bleak situation in pursuit of opportunity for their family in America.

He has explained that his parents goal was to go back to Cuba but were never able to due to the country’s unrest. Part of Marco’s campaign message has centered on his family’s immigrant heritage and the success they found in the United States.

4. Marco’s Parents Met in Havana & Were Part of the Working Class 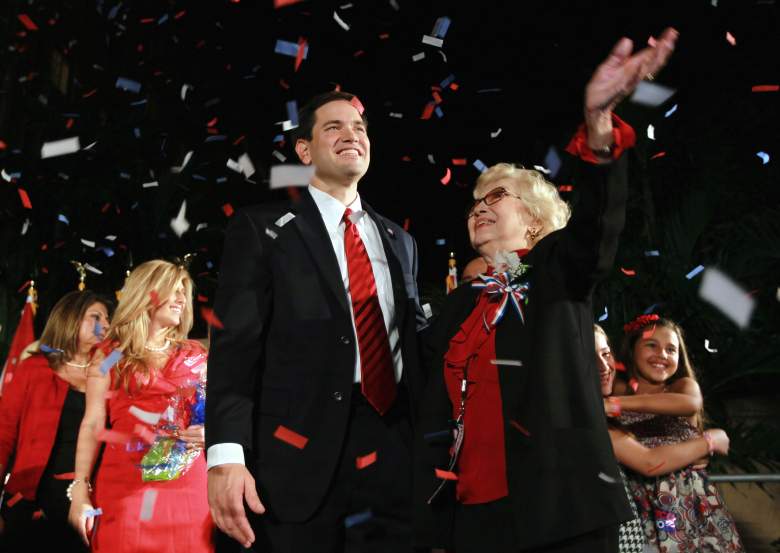 According to the Tampa Bay Times, Mario and Oriales met in Havana. Mario was 29 when he applied for his visa, and Oriales was 25. When they met, he was a security guard while she was a cashier. The couple got married at a notary office in Cuba.

Much has been made of Marco’s father being a bartender, but he has also discussed the hard work of his mother. According to RealClear Politics, Oriales spent time as both a maid and a cashier at K-Mart when they arrived in America.

His mother returned to Cuba briefly in 1961 to take care of her father who was injured in an accident.

5. The Couple Had Four Children

In addition to Marco, the Rubios had two daughters and a son. According to the Washington Post, Mario (Jr.) was an Army green beret and is now a city official in Jacksonville. Veronica is one of Marco’s two sisters and was once married to the famous singer Carlos Ponce. Marco’s other sister, Barbara, lives in Miami.

According to the Sunshine State News, Mario was joined by his four children and wife when he died at the Baptist Hospital in Miami. Oriales remains a key part of Marco’s life and the family continues to keep their father’s legacy close to their hearts.