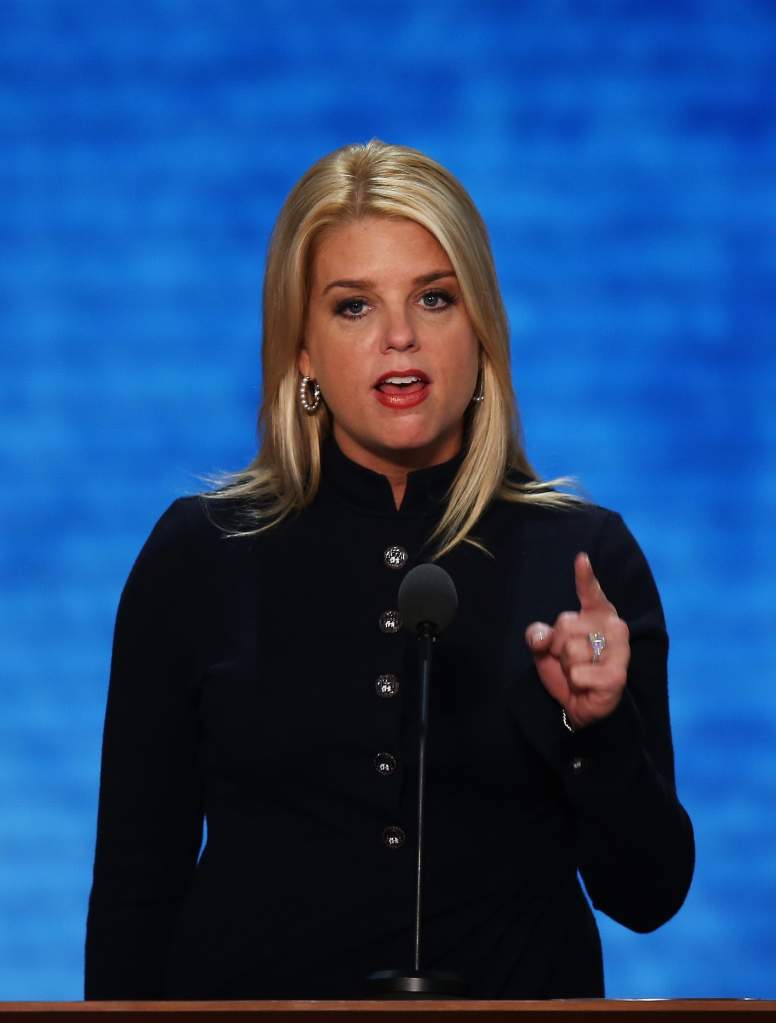 Florida Governor Rick Scott is the first scheduled speaker of the evening, and will be followed by Bondi.

Here’s what you need to know about Bondi:

Bondi faced questions in 2013 over campaign contributions she received from Trump after declining to join an investigation into complaints regarding Trump University.

According to CNN, the $25,000 donation came from one of Trump’s charities just days after Bondi’s spokeswoman said their office was “reviewing the allegations” against Trump University in a class action lawsuit filed by the New York attorney general.

Bondi received the donation in 2013 via a political action committee raising money for her re-election.

Marc Reichelderfer, a former Bondi campaign consultant told CNN, “It wasn’t just Donald Trump. She was actively campaigning for re-election and asking for support from friends and supporters.”

Florida never pursued any investigation or action against Trump or his university.

In a statement, Bondi said her office has “made public every document on this issue, which shows no one in my office ever opened an investigation on Trump University nor was there a basis for doing so. Any news story that suggests otherwise is completely false.”

2. Bondi Is From Temple Terrace, Florida 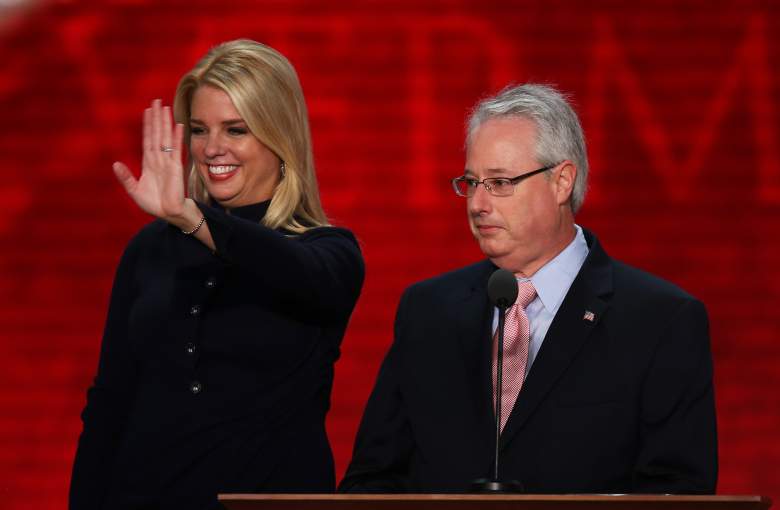 Bondi is from Temple Terrace, Florida, where her father Joseph Bondi was a city councillor and later served as Mayor of Temple Terrace.

Bondi graduated from the University of Florida in 1987 with a degree in Criminal Justice. She then graduated from Stetson Law School with a Juris Doctor degree in 1990 and was admitted to The Florida Bar a year later.

Bondi married Garret Barnes in 1990, and they divorced after 22 months. In 1996, Bondi married Scott Fitzgerald. Her marriage to Fitzgerald ended in divorce after 6 years.

3. She Endorsed Trump in March

Bondi endorsed Donald Trump at his Tampa rally in March.

“Donald and I have been friends for many years,” Bondi said at the rally. “I have seen how he interacts with his children.”

In a later statement, she said:

People today are looking for leadership, the kind that Mr. Trump offers, that’s unafraid to tell it like it is and will do something about renewing America’s strength and greatness. That’s why I am pleased to announce my support of Donald Trump for President. We have been friends for years, and I know his family personally. I’ve seen first-hand how he leads, and how he cares deeply about the people of this country. If elected President I know he will bring America’s best minds together to preserve what we have, and secure what we need, for the future.

4. In 2014 Bondi Argued Against Same-Sex Marriage in Court Filings

“Do you really think you are a champion of the gay community?” Cooper asked Bondi on live television. Adding that many in the LGBT community in Orlando had told him she was “being a hypocrite.”

“I saw you the other day saying that anyone who attacks the LGBT community—our LGBT community, you said—will be gone after to the full extent of the law,” Cooper said during his interview with Bondi.

He then reminded Bondi that in 2014 she argued in court filings that recognizing same-sex marriages performed in other states would “impose significant public harm” to the people of Florida.

Bondi told Cooper she was seeking to uphold the state constitution, and what the constituents of Florida had voted on.

“That’s what I was defending,” she said to Cooper. “It had nothing to do … I’ve never said I don’t like gay people. That’s ridiculous.”

In Tampa announcing legislation and funding to help test thousands of unprocessed sexual assault kits and save lives pic.twitter.com/1l1bnUtW8F

Bondi is a former prosecutor and spokeswoman in Hillsborough County, Florida where she worked as an Assistant State Attorney. Bondi resigned that position to seek the office of Attorney General of Florida.

She has made guest appearances on a variety of networks including “Scarborough Country” with Joe Scarborough and other programming on MSNBC. She also has worked for Fox News as a legal analyst.

Bondi’s reported wealth has increased from about $1.24 million to $1.39 million, according to a disclosure of financial interests filed last month with the Florida Commission on Ethics, and a report by The Tampa Tribune from July 2015.