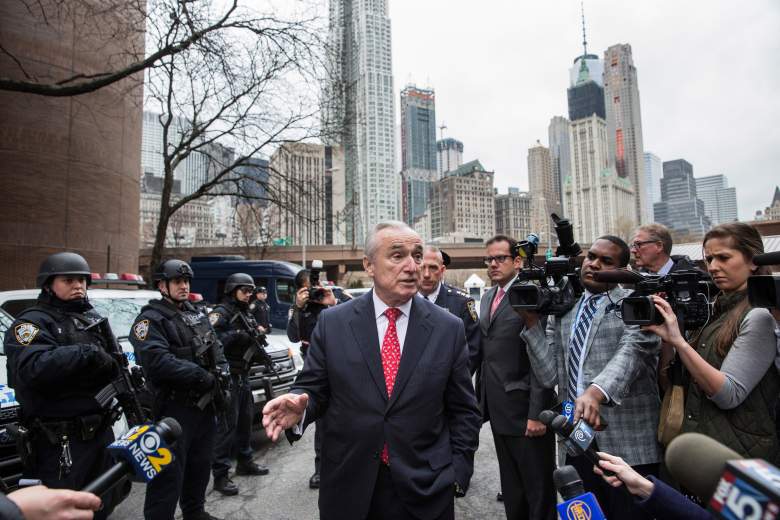 New York Mayor Bill DeBlasio announced Bratton’s resignation on Aug. 2. Bratton is returning to the private sector and will stay on until Sept. 1. The New York Times calls Bratton the “most widely recognized face in American policing.” He has been dubbed America’s “top cop.”

Bratton, who is 68, had said before that he planned to resign in 2017, but the announcement came sooner than expected. Bratton had been NYPD chief since 2014, his second stint in the position.

1. Bratton Was Credited With Crime Declines But Ran Into Conflicts With Rudy Giuliani The First Time He Ran The NYPD 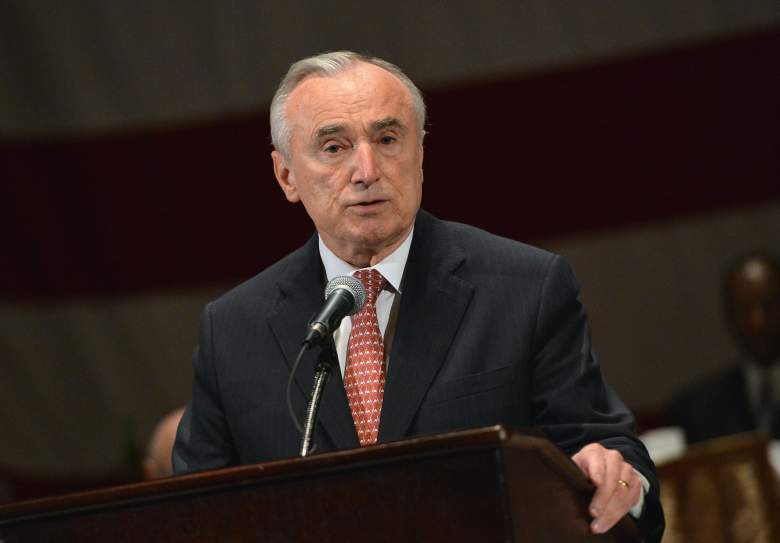 Bratton championed the “Broken Windows” style of policing that emanated from an Atlantic Monthly article from two criminologists who said that cracking down on lower levels of neighborhood disorder could prevent larger crimes. Broken Windows was credited with leading to steep crime declines in New York City when Bratton and then Mayor Rudy Giuliani implemented it, and the style of policing spread throughout the country.

FT said “the murder rate in New York fell between 50 and 70 percent, depending on how it is measured” during Bratton’s first tenure at NYPD in the 1990s, with Giuliani as mayor. “However, the pair clashed, perhaps inevitably given that both are headstrong and confident in their own ideas, and in 1996 Bratton left when it came out that he had signed a book contract in office and accepted hospitality from Henry Kravis, the buy-out king,” wrote FT.

The New Yorker said Bratton oversaw a “sharp reduction in crime” as New York police commissioner from 1994 to 1996 and “From 2002 to 2009, when he was the chief of police in Los Angeles, violent crime there fell by fifty-four percent.” However, the magazine said that recent controversies over police abuses had threatened to taint Bratton’s legacy.

However, in recent years, such zero tolerance crackdowns on minor offenses has led to claims of police abuse. After leaving the New York PD, Bratton was the Los Angeles Police Chief.

2. Bratton Presided Over Police Abuse Claims, Including The Eric Garner Death & Protesters Were Calling For His Firing

The killing of Eric Garner has significantly increased the tension between black communities and police across the nation. (YouTube)

Most recently, Bratton refused to apologize to Bronx state Assemblyman Michael Blake, who said that a police officer had grabbed and shoved him as he went to investigate an incident at a family celebration. Blake filed a complaint of excessive force, alleging he was treated differently because he is black.

Black Lives Matter on Aug. 1 had staged protests in a park near City Hall, and protesters said they wouldn’t leave until Bratton was fired. Among other things, they said they wanted reparations from “police violence,” as well as an end to the Broken Windows policing that Bratton was known for.

USA Today said the list of controversies Bratton faced included the 2014 death of Eric Garner, who died after “cops held him in a choke hold while arresting him for selling loose cigarettes on a Staten Island street.” USA Today said that activist groups had also criticized Bratton for his Broken Windows policy. 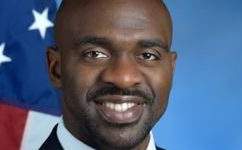 3. Bratton Is Married to Television Personality Rikki Klieman & Has a Son 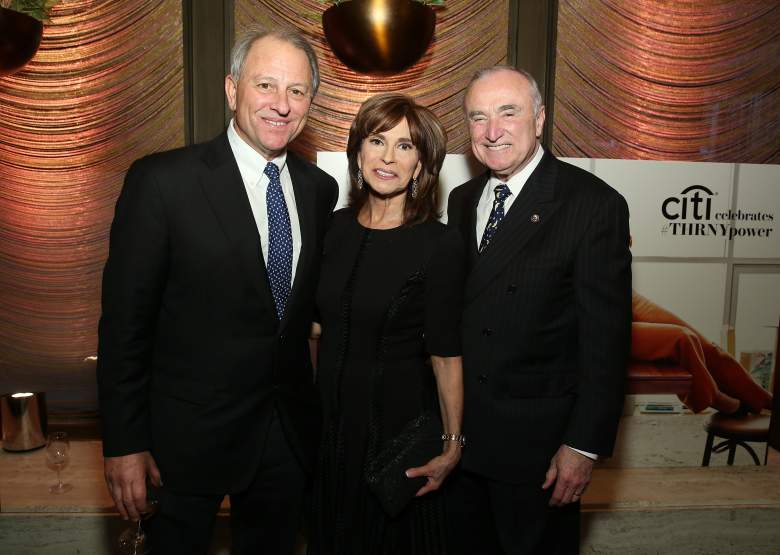 Bratton has been married four times. His most recent marriage is to television personality Rikki Klieman, who said she wanted to be a visible presence in the community when he became police commissioner again.

Klieman’s biography says she is “Television anchor, legal analyst, trial attorney, actor and best-selling author.” Klieman is now a Contributor/Legal Analyst for CBS News. She was an Anchor at the Courtroom Television Network from 1994-2010 and a Contributor for the CBS Early Show, the NBC Today Show as well as the E! Network, says Klieman’s biography. Her autobiography was called “Fairy Tales Can Come True – How a Driven Woman Changed Her Destiny.” 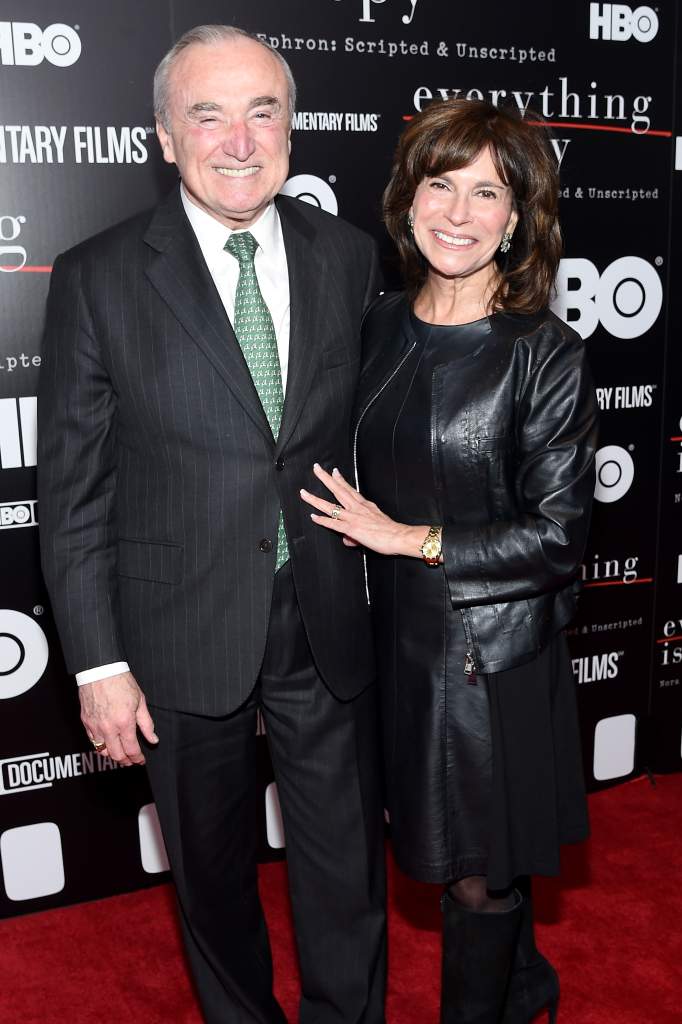 In July, Bratton said to the New York Daily News that he wouldn’t resign because of criticism but admitted that “Criticism drives my wife crazy,” according to USA Today. “To be quite frank, it doesn’t bother me at all.” He said it came with the territory.

In 1998, The New York Daily News reported that Bratton and his third wife Cheryl Fiandaca were separating, with Bratton moving from the couple’s Central Park South apartment and into a hotel. Fiandaca was also a television personality. She was legal affairs correspondent for WABC/Channel 7, said The Daily News. They later divorced.

Bratton’s bio says he has one son, David (from an earlier marriage), and is the grandfather to his son David’s two children, John and Nicolas.

4. Bratton’s Net Worth Is Not Known But He Has Earned In The Millions

One of the sites that estimate celebrities’ net worth says he’s worth $500,000 and others say his net worth is under review.

Most of his money came from Kroll Advisory, a risk management firm from which he earned over $500,000 as a senior adviser in 2013, said The Daily News. He had ended his work with the company when he took over as NYPD commissioner. He also earned money from book royalties and Motorola, said the report.

5. Bratton Started His Policing Career in Boston & Served in Vietnam 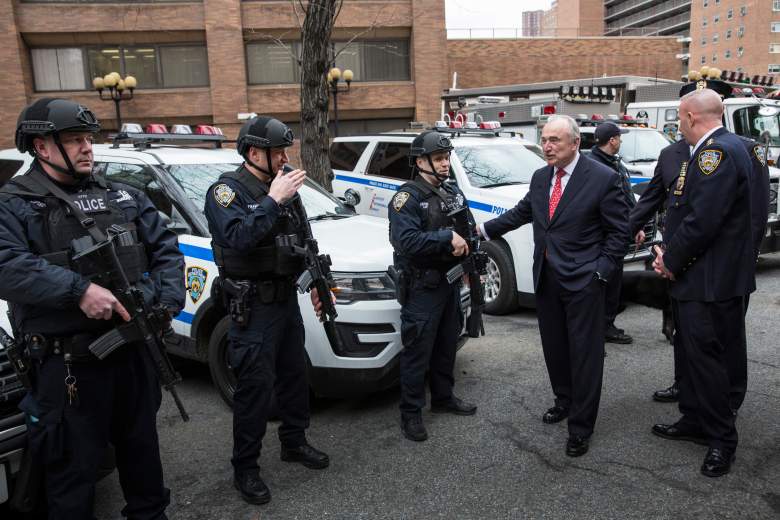 FT says that Bratton was born “in a relatively poor neighbourhood in Boston,” and was a military police officer in Vietnam. In 1970, he joined the Boston transit police. His biography says “he was cited with the department’s top award for valor in 1976 for facing down a bank robber and rescuing a hostage.”

He clashed with bosses after informing them he wanted to become commissioner, said FT. He became Boston commissioner in 1993. He then ran the New York Transit Police and finally was named police commissioner during the Giulani years.