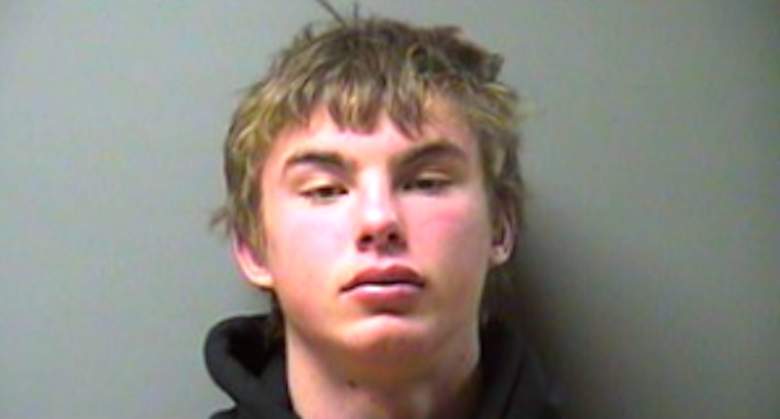 Kraigen Grooms, 19, was sentenced Monday to serve only a 10-year suspended prison sentence after pleading guilty to one count of engaging in a lascivious act with a child. Grooms admitted to abusing a 12 to 18-month baby girl in April 2013, when he was 16, while at least one other man watched and recorded the crime.

The assault took place in April of 2014 in Ottumwa, Iowa.

Groom was released from jail with GPS monitoring after pleading guilty earlier this summer.

The judge in the case is facing extreme criticism after the sentencing, and the story is going viral.

1. He ‘Committed a Sex Act’ With a Toddler and the Incident Was Filmed

According to the Complaint and Affidavit obtained by the Ottumwa Post, “The defendant knowingly committed a sex act with a female child that appeared to be under the age of two years old. The defendant videoed himself [while committing the lewd acts]…”

The video showed Grooms attacking the child and he filmed the act while directly streaming it to an unidentified viewer online.

Grooms was sentenced on Monday to a 10-year suspended prison sentence after pleading guilty to abusing the little girl.

He was initially charged with second-degree sexual abuse, and faced a 25-year prison sentence.

“One of the most significant factors affecting the outcome of this case was that the parents of the victim did not wish Grooms to go to prison or serve significant jail time,” Wapello County Attorney Gary Oldenburger said in a statement obtained by the Daily News. “Their primary concern was that he receive treatment.”

While the abuse Grooms committed is disturbing, it would not be accurate to describe it as “raping a toddler” as it has been described on certain websites. The child was not injured, no pain was inflicted, and the child was too young to even be aware of what was happening. The child suffered no ill effects as a result of Grooms’ actions. Additionally, it was not Grooms idea to commit the abuse and he did not know the abuse was being recorded. The abuse was committed at the behest of two men who had, over a long period of time, perfected a technique for duping children into committing sexual acts that they would not have otherwise engaged in. They were so skillful and persuasive in their efforts that they successfully convinced hundreds of children to engage in sexual activity while they surreptitiously recorded it. It seems unlikely that Grooms would have engaged in the abuse under any other circumstances or of his own volition.

You can read the full statement by Oldenburger here.

2. He Was Identified With the Help of Social Media

His name is Kraigen Grooms from Ottumwa, Iowa. Someone better lay down some street justice. https://t.co/d4e2pJ2pIH

Authorities discovered Grooms through social media after finding the filmed abuse of the toddler online.

Tim Caya, who ran the page, said he posted a flyer with photos of Grooms and people swarmed him with comments stating that they knew of the perpetrator.

“There were hundreds of comments saying that they knew [Grooms], some went to school with him and they thought the person in the flyer looked just like him. I started looking at his pictures, he did look just like the guy on the flyer,” Caya told the Post.

Caya then went to authorities with the information, and Grooms was arrested just a couple of days after police asked for the public’s help in identifying him.

3. Police Believe He Plotted to Sexually Assault Another Child

Parents of #KraigenGrooms 1yr old victim didn't want him to go to prison for raping their baby https://t.co/76nrCekgYY

Authorities believe the attack was premeditated and that Grooms had also targeted a 3-year-old boy for a similar assault, Raw Story reported.

The Ottumwa Post said the State gave the following statement in regards to the crime:

4. The Judge Is Facing Online Criticism, & a Petition Was Created to Get Him Fired

A teenager accused of filming sex act with a 1-year-old gets no jail time https://t.co/dh6ObcR8WK pic.twitter.com/mZcQj16C0R

The judge who imposed a 10-year suspended sentence for Grooms is facing heavy online criticism and a petition has been set up to get him fired.

Media outlets reported the judge as Myron Gookins, however, Ottumwa Radio Group said on Facebook that it was a mistake and Judge Randy Degeest set the sentencing. Judge Gookins handled most of the other proceedings for the case, according to the group.

After raping a 2 year old child on video, and targeting a 3 year old child for the same abuse, Kraigen Grooms, 16 at the time of the crime, 17 at the time of arrest, only received 2 years in a juvenile detention and then the Wapello county jail, then Judge Randy Degeest released Grooms with a 10 year suspended sentence.
This judge is sympathizing with a toddler rapist, this not the kind of corrupt judge we want or need. If he will not stand up for a toddler, who will he stand for?

A person who claimed to be Grooms’ mother commented on an article in 2014, saying she believed her son should be punished but that she is not to blame:

some of you are horribly rediculous with your comments and yes i am the mother of this boy and yes he wll be punished for what he has done, but here is not 1 of you idiots that have the right to pass judgement on me as his mother that boy was provided with the best that i could give to him so for any 1 of you to say such horrible things when you have not 1 clue as to how he was raised and how dare you try to say that when a teenager commits a crime you automatically pass the blame to his parents, when some of the best kids commmit crimes and it sure in the heck isnt the fault of the parents.

5. He Will Be a Registered Sex Offender for Life

By releasing Kraigen Grooms into society, you put little girls all over the country at risk. Do you care?

The judge required Grooms to register as a sex offender for life. If he fails to comply with the terms of his release he could spend 10 years in prison.

He was released from jail after pleading guilty to the assault in July.

The teen did spend time in a juvenile detention center and county jail because of delays that set the trial back two years, Ottumwa Radio reported.

Loading more stories
wpDiscuz
95
0
Would love your thoughts, please comment.x
()
x
| Reply
Kraigen Grooms was given only a suspended 10-year prison sentence after engaging in a lascivious act with a toddler and allegedly plotting the sexual assault of another child. The public is outraged and has made a petition to get the judge who imposed the sentence fired. Read more on the story here.