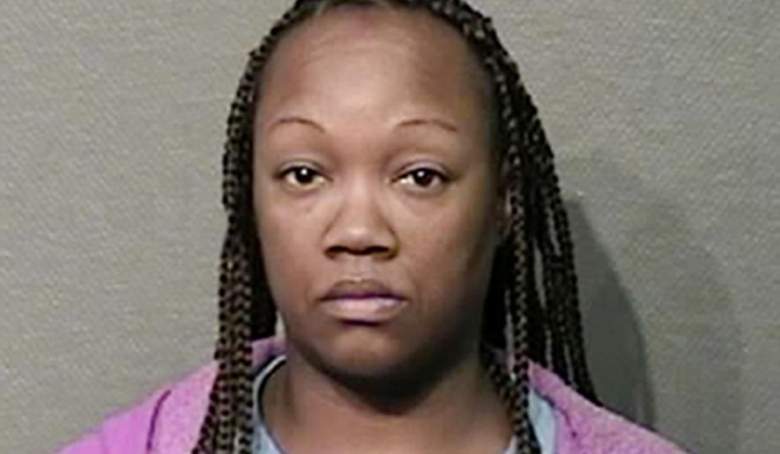 A former Houston, Texas 911 operator is facing criminal charges after being accused of hanging up on callers with emergencies because she allegedly “did not want to talk to anyone at that time.”

The calls were for very serious matters in some cases. One involved the homicide of a convenience store clerk, the criminal complaint says.

Crenshanda Williams, 43, is charged with two counts of interference with an emergency telephone call, said Click 2 Houston. She could face a year in jail and a $4,000 fine for each charge if she’s convicted, the television station said.

1. Williams Allegedly Confessed That She Hung up on 911 Callers Because She Didn’t Feel Like Talking to Them

According to KHOU-TV, “Williams reportedly told investigators she often hangs up on callers because she didn’t feel like talking with anyone at the time.”

When one caller dialed 911 to report reckless driving, Williams allegedly said: “Ain’t nobody got time for this. For real,” according to NBC News.

According to CNN, the caller, a security guard, identified himself and began saying, “I’m driving 45 South right now and right now, I am at …” but the call disconnected in mid-sentence and “that was when Williams was heard complaining on the recording that she didn’t have time.”

The criminal complaint says that “Although the call was disconnected, the call taker’s end continued to record. (Police) heard the defendant comment, ‘ain’t nobody got time for this. For real.'”

People on social media are upset about the allegations.

@KPRC2 I hope the judge tells #CrenshandaWilliams "Ain't nobody got time for this. For real." and gives her the maximum penalty and fine.

The reckless driving incident the security guard was trying to call in involved “persons racing in an area in the freeway in which people had been killed in a similar situation two weeks prior,” said the criminal complaint, adding that Williams, in a voluntary interview, allegedly “admitted that she often hangs up on calls that have not been connected because she did not want to talk to anyone at that time.”

#CrenshandaWilliams had a large number of "short calls no longer than 20 seconds" she was hanging up on #911 callers. @abc13houston pic.twitter.com/98d7hbpxOU

CW39 says Williams’ supervisors became suspicious when they noticed that her logs contained “an abnormally high amount of ‘short calls,’ with a duration of less than 20 seconds.”

An investigation ensued and, authorities allege, they “found that thousands of calls had been disconnected by Williams between October 2015 and March 2016,” according to CW39.

According to the criminal complaint, obtained by Heavy through Houston courts, the Houston Police Department started investigating the situation in April 2016 because it was suspected Williams was allegedly “intentionally hanging up on citizens requesting emergency service.”

Citizens call the Houston Emergency Center 24 hours a day, seven days a week for both emergency and non-emergency assistance (police, fire, and/or ambulance,) the complaint says.

The managers at the emergency center “presented documentation showing that Crenshanda Williams…had intentionally hung up on citizens requesting emergency services,” the complaint says.

Her “short calls,” the calls with a duration of less than 20 seconds, are reviewed by a supervisor. She had an “abnormally large number of ‘short calls,’” so managers reviewed specific calls to ensure she was following policies and procedures, said the complaint.

The police learned that “thousands of short calls have been attributed to the defendant from October of 2015 through March of 2016,” the complaint alleges.

3. Williams Allegedly Hung up on a Man Who Called to Report a Robbery and Shooting in Progress

NBC News says a man named Hua Li was buying lottery tickets at a convenience store “when a gunman entered and tried to force his way through the door of a glassed-in security area behind the counter.”

Li ran and heard gunshots, and he called 911 when he reached his car, said NBC. Police said that Williams ended the call within a few seconds, and the store manager was shot and killed in the robbery, according to NBC.

The criminal complaint says the March 12, 2016 call referenced a shooting/robbery homicide. “The first call came in… and was an immediate hang up by the defendant,” says the complaint. The second call placed by the same number (Li) came in. The defendant said “Houston 9-1-1 do you need medical, police or fire?” The caller said, “This is a robbery,” the complaint alleges.

Police could “then hear the defendant sigh before the call is terminated by the defendant,” the complaint says. A third 911 call was taken by another call taker. In the third call, the caller, Li, was “able to report that a man fired multiple (sic) during a robbery and people may be hurt,” says the complaint.

The store owner, Zia Arfeen Seddiqui, 51, left behind four children and had a grandchild on the way, says ABC 13.

4. Williams Allegedly Hung up on a Man Whose Wife Had Lost Consciousness

911 'Ain't nobody got time for this' operator Crenshanda Williams charged for repeatedly hanging up https://t.co/aespMERCj5 #emergency pic.twitter.com/X8qc8s3HFk

According to CBS News, Buster Pendley called 911 after his wife lost consciousness due to a blood clot.

“The 911 operator answered the phone, and she said, ‘This is Crenshanda, may I help you?’” Pendley said, according to CBS. “He told her his wife had passed out and needed an ambulance, the operator said OK then hung up,” said CBS.

He called 911 again, and his wife survived the incident, said CBS. KPRC-TV said the health crisis was so serious that Pendley could not find his wife’s pulse.

5. Williams Was Released on Bond & Has an Upcoming Court Date

Fox News says that Williams does not have a listed number and had no attorney listed for her in court records. However, she is due to appear in court, and she was released on $2,000 bond, said Fox.

She no longer works as a 911 operator. The Facebook site for Crenshanda Williams of Houston has not had a public post since 2012. The last post says, “TODAY LIKE ALL DAYS WERE BLESSED….LEARN TO MAGNIFY THE LORD AT ALL TIMES…EVEN WHEN THINGS SEEM THEY CANT GET WORSE…GIVE HIM PRAISE…GOD IS ALWAYS UP TO SOMETHING…HE CAN DO ANYTHING BUT FAIL!!!” 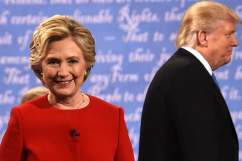 2016 Presidential Polls: How Is Trump Polling in Battleground States?

Loading more stories
wpDiscuz
49
0
Would love your thoughts, please comment.x
()
x
| Reply
Crenshanda Williams, a Houston 911 operator, is accused of hanging up on callers facing emergencies because she didn't want to talk to anyone.