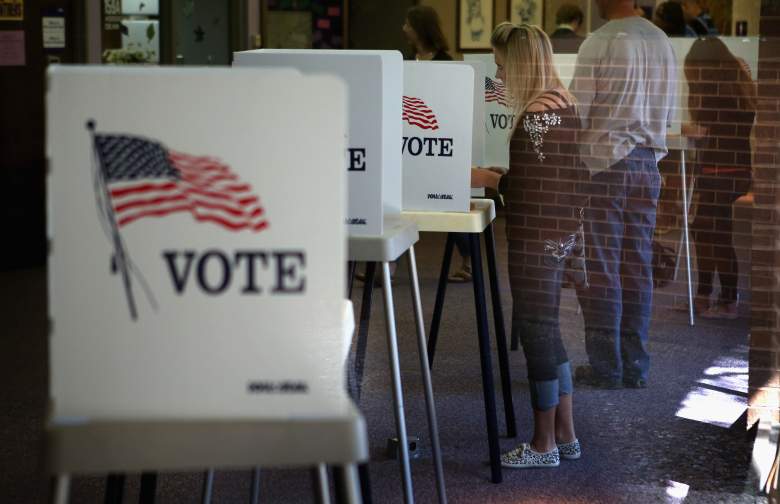 Residents vote at a polling place on the campus of the University of Northern Iowa on September 28, 2012 in Cedar Falls, Iowa. (Getty)

In the 2016 election, Iowa is one of the few remaining battleground states where the polls are favorable towards Donald Trump. While Hillary Clinton has taken the lead in Florida and North Carolina, Trump is currently ahead in Iowa by an average of 3.3 percentage points, according to Real Clear Politics’ polling average. Still, election forecasters like FiveThirtyEight are predicting a Clinton victory in the state. Early voting is now underway in Iowa, so what can those results tell us about the outcome on November 8th?

In Iowa, the early voting period is quite lengthy, lasting from September 29th through November 7th. If you’re in Iowan hoping to vote during that time, just look up your county auditor’s office on this webpage, heading to that address to vote anytime between now and the Monday before Election Day.

Before we dive into the data from this year, let’s take a look back at the 2012 results in Iowa. In 2012, Barack Obama won Iowa by a margin of 5.8 percentage points. In the end, 822,544 Iowans cast their vote for Obama, while 730,617 cast their vote for Mitt Romney. In terms of early voting, 614,000 Iowa citizens voted prior to Election Day 2012, with 43 percent of those being Democrats and 32 percent being Republicans. So although the state does not release information about which candidate these early ballots are cast towards, just looking at the party turnout gives us a fairly accurate idea, and in 2012, the early voting turnout indicated an eventual Obama victory.

According to the Iowa Secretary of State, about 311,000 people have voted early thus far, or at least that’s the number of Iowans whose ballots have been officially received by their county. Of those with their ballots in already, 46.5 percent are registered Democrats, 33.3 percent are registered Republicans, and 19 percent are not affiliated with any party. But the race gets much tighter when we look at everyone who has requested an early ballot for this year’s election but has not yet submitted it. Among these voters, 43 percent are Democrats and 34 percent are Republicans.

What about those who are not affiliated with any party? Where do those voters lean? It’s hard to say for sure, but in a recent Iowa poll conducted by Loras College, 51 percent of respondents who are Independent or not registered to a party said they have a favorable view of Hillary Clinton, compared to 42 percent who said the same of Donald Trump.

Here’s how the early voting data breaks down by county thus far. These numbers include only ballots that have been successfully submitted to the state, not ballots that were mailed to voters but have not yet been returned. 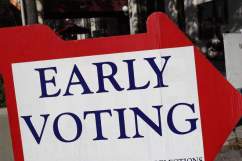