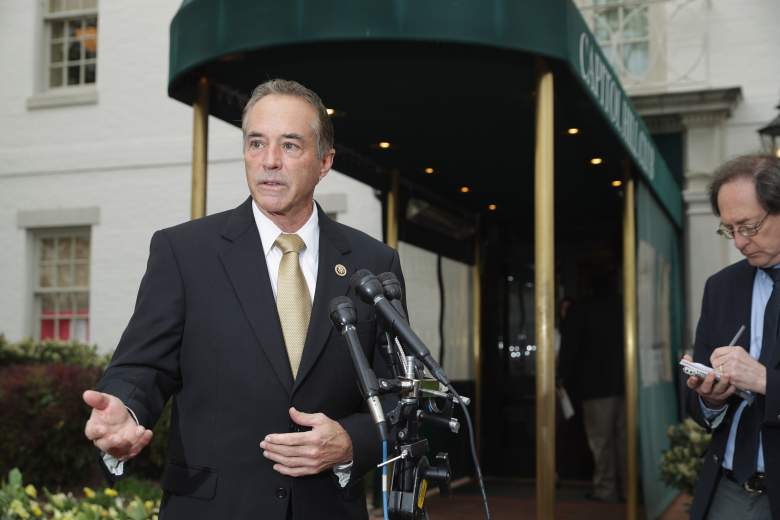 Chris Collins, the first sitting Congressman to endorse Donald Trump, is the Trump transition team’s liaison to Congress and House Speaker Paul Ryan. Collins serves in the House as Representative of New York’s 27th Congressional district, which covers portions of Erie, Monroe, Niagara and Ontario counties. The former Erie County Executive and Schenectady native was first elected to the office in 2012.

Collins initially supported Jeb Bush, but endorsed Trump after Bush dropped out of the race early. On November 11, he was named a member of the Trump transition team executive committee, which also includes his House colleague Devin Nunes.

Collins is married to Mary Sue Collins, and the couple has three children. He lives in Clarence, New York.

Here’s a look at Collins’ career in the House and his work with Trump.

1. Collins Was the First Sitting Congressman to Endorse Donald Trump for President 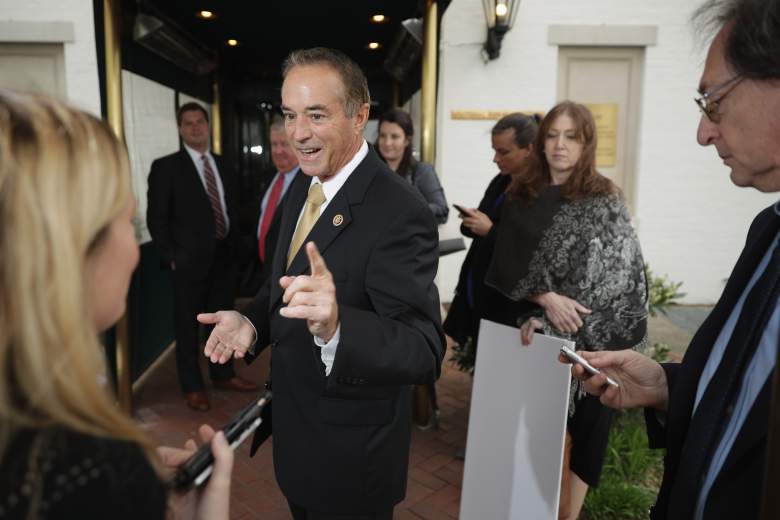 Although Collins initially supported Jeb Bush, he endorsed Trump days after Bush dropped out of the race in February. At the time, Trump was still struggling to gain support of Congressional leaders, so Collins was the first sitting Congressman to endorse the billionaire. Jeff Sessions, who was the first sitting Senator to endorse Trump, gave Trump his support a few days later at a rally before Super Tuesday.

“We need a chief executive, not a chief politician,” Collins told CNN on February 24. “Donald Trump is the individual as president that can lead this country and reclaim our great state and provide a bright future for our children.”

Collins also called Trump “the guy that has been signing the front of a pay check and not the back.”

In an interview with the Huffington Post, Collins defended his Trump endorsement when asked about Trump’s comments about women. “What I’m going to say is he’s been misquoted many time,” he said, adding that, “they’ve taken things out of context.”

2. Collins Said He Expected to be the ‘Go-Between’ for Trump & Ryan, but Won’t Join the Administration

In a November 9 interview with CNN, Collins said that he does not want to join the Trump administration, but expected to be the “go-between” for Trump and Ryan.

“I think we’ve got an opening here where I could maybe be a go-between between Mr. Ryan and Mr. Trump and, you know, I think that’s a role that I would do very well at,” Collins said.

Collins also said that Ivanka Trump, Trump’s daughter, called him on November 9 to thank him for his support. “We reminisced about the campaign from February 24 when I endorsed him, to you know, some spots where you and other really put me on the hot seat from time to time,” he said.

On November 15, Ryan and Collins confirmed that Collins will be Congressional Liaison.”I am honored and humbled to serve President-elect Trump in this capacity,” Collins said in a statement. “Throughout the campaign I have worked very closely with President-elect Trump and Speaker Ryan, and I look forward to continuing that work as we look to put forth an agenda that will Make America Great Again for all Americans.”

3. Collins Has Made His Own Share of Controversial Comments, Including Comparing Sheldon Silver to the Antichrist

https://www.youtube.com/watch?v=GGqqKLs9BrgBefore being elected to Congress, Collins was considering a run for New York Governor, but a series of controversies derailed that. The first incident came in October 2009, when he compared then-New York State Assembly speaker Sheldon Silver, who is Jewish, to the Antichrist and Adolph Hitler. He made the comment during an Erie County Republican fundraiser. Collins later apologized or the comments, which he said was a “poor joke” and he offered his “sincerest apologies.”

A few months later, New York Assemblyman Joseph Errigio claimed that he heard Collins tell a woman at a packed event who was looking for a seat, “I’m sure if you offer someone a lap dance, you can find a place to sit.” Collins denied ever saying that.

However, these two controversies stopped his potential run for governor. In 2011, his chances for running 2014 were hurt when he lost re-election for Erie County Executive.

4. Collins Said During his 2012 Campaign That Obamacare Needs to Go

Trump and Collins both agree that Obamacare does not work. During his 2012 campaign for Congress, Collins advocated for getting rid of Obamacare.

In an 2012 interview with The Batavian, Collins said Obama wanted to cut $500 billion from Medicare and cut $350 million from reimbursements to doctors. He said that doctors would stop seeing Medicare patients if that happened.

“They don’t have to take Medicare patients. So in the supply-and-demand world, if you’re busy what do you do? You usually eliminate your least profitable customer,” Collins said in 2012. “So the thought that the federal government can set the reimbursement rates for doctors and cut 30 percent out their income and nothing’s going to change is just nonsense. Right there and then you’ve got to get rid of Obamacare.”

Collins also made a controversial comment in that interview when he tried to explain that modern medicine is expensive because it saves lives.

“People now don’t die from prostate cancer, breast cancer and some of the other things,” Collins said. “The fact of the matter is, our healthcare today is so much better, we’re living so much longer, because of innovations in drug development, surgical procedures, stents, implantable cardiac defibrillators, neural stimulators — they didn’t exist 10 years ago.”

That comment raised eyebrows because the American Cancer Society notes that prostate cancer is still the second leading cause of cancer deaths among American men. BreastCancer.org notes that around 40,450 American women are expected to die from breast cancer in 2016.

Despite his comments in 2012, Collins told CNN on November 11 that some aspects of Obamacare will stay alive under a Trump administration and that no one will immediately lose their health care.

“We do have a timeline. I think everyone realizes for the year of 2017 we’re not going to be pulling the rug out from anyone,” Collins said. “People need not worry that sometime in March or April they’re going to lose their insurance plan.”

As for replacement ideas, Collins said that they have some. “We’re going to have to make sure we run that through the administration. That’s going to take longer. Lets’ face it. It’ll be a transition,” he said.

5. In 2015, Collins Introduced the Kids Before Cons Act After Andrew Cuomo Planned to Use State Funds for College Classes for Inmates

One of Collins’ successes on his resume is the Kids Before Cons Act, which was signed into law. It is an amendment to the Higher Education Act of 1965 and bars the Department of Education from allowing inmates to be eligible for Pell Grants and other federal financial aid and from awarding funds to colleges that educate inmates.

Collins introduced the bill after New York Governor Andrew Cuomo announced in February 2014 that New York State would pay for college classes for inmates. The move was criticized within the state and across the country. In April 2014, Cuomo dropped the plan.

“The Governor’s latest plan to fund college educations for convicted criminals using taxpayer dollars is an insult to law abiding citizens all across our state,” Collins said after Cuomo proposed the plan, The Hill reports. “With 60 percent of college graduates in New York State carrying student debt, we must put our college kids before cons.”

Fellow New York Congressmen Rom Reed and Chris Gibson co-sponsored Collins’ bill. “New Yorkers are faced with enough taxes and mandates — they do not need to worry about funding college for convicted criminals when they are trying to care for their own families,” Reed said.

Loading more stories
wpDiscuz
0
0
Would love your thoughts, please comment.x
()
x
| Reply
New York Rep. Chris Collins is on Donald Trump's transition committee, acting as the liaison between the team and Congress. Here's a look at his career.