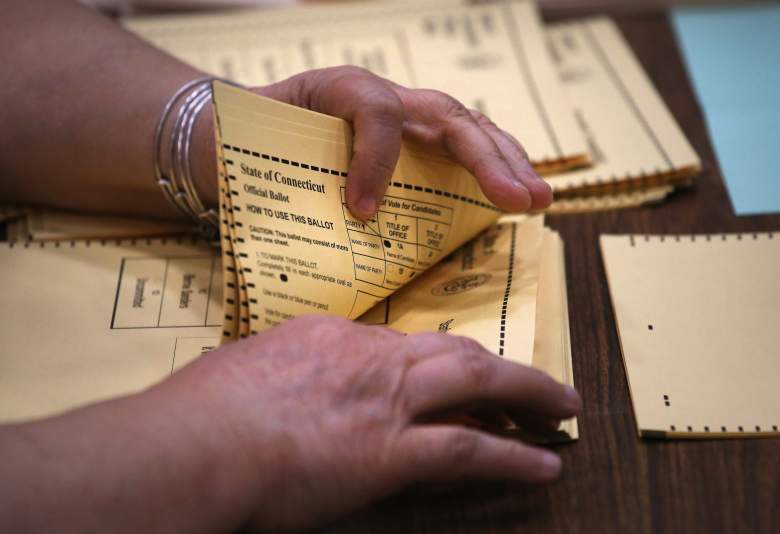 An election worker counts ballots in Stamford during the Connecticut primary in April. (Getty)

Connecticut voters have a handful of options when they cast their votes for president Tuesday. They’ll also have choices to make in races for one of the state’s U.S. Senate seats, all five of its U.S. House seats and all of its state House and Senate seats.

The Working Families Party has two of its own candidates in local races: Aldon Hynes in the 114th Assembly district and Anna Duleep in the 142nd district. The party has also cross-endorsed Democratic Senate nominee Richard Blumenthal and has cross-endorsed Democrats in certain state legislative races. The Independent Party has cross-endorsed Republican candidates in certain races. Candidates who are cross-endorsed will appear on multiple lines on the ballot — one for each party whose endorsement they have earned. If a candidate appears on the ballot multiple times — for example, as the Democratic nominee and the Working Families Party nominee — a vote for that candidate will count the same regardless of which circle you opt to fill out.

Every seat in the state House of Representatives (151 of them) and state Senate (36) is on the ballot. The Democrats, who have controlled the governor’s mansion since Dannel Malloy took office in 2011, hold substantial majorities in the House (86-64) and the Senate (21-15).

Correction: An earlier version of this post incorrectly reported that the Working Families Party was not running any of its own candidate for office. The party has two candidates for state House races: Aldon Hynes in the 114th Assembly district and Anna Duleep in the 142nd district.