US President-elect Donald Trump’s campaign manager, Kellyanne Conway speaks to the press as she arrives at Trump Tower on 5th Avenue November 13, 2016.(Getty)

In addition to her own company and career, Kellyanne is married to a wealthy conservative lawyer, George T. Conway III. George Conway is reportedly under consideration to be the Trump administration’s solicitor general.

The Conways have four children under the age of 12.

How did Kellyanne make her fortune?

1. Kellyanne’s Net Worth Is Generally Pegged in the Millions

Kellyanne Conway appears with Donald Trump shortly after the 2016 election is called in Trump’s favor. (Getty)

Some sites estimate Kellyanne’s wealth at about $4 million, although due to her husband’s high-flying job and her own public exposure, the figure could be higher. They bought their house for more than that. It’s probably a starting point number.

Most agree that Kellyanne is likely a millionaire many times over, and her net worth is on the rise. She was wealthy enough to cut a personal check to Ted Cruz’ campaign for the maximum $5,400 before she worked for Trump, CNN reported.

2. Kellyanne Owns a Polling Firm That Raked in Almost $2 Million From the Presidential Campaign

According to Cosmopolitan, before she became Trump’s campaign manager and then his top adviser, Conway 49, was “a veteran political operative, who’s spent the last three decades advising Republicans on how to appeal to female voters.”

CNN reported that Kellyanne “founded the polling company/WomanTrend in 1995, and serves as the company’s president. The firms lists as clients a who’s who of the conservative and tea party world, including” Vice President Mike Pence. Her claim to fame was as a conservative gender expert.

According to Politico, Conway’s firm also “began working for a trio of PACs supporting Cruz, one of which was funded by $13.5 million donated by Bob Mercer, according to FEC records.” Mercer is described by Politico as a “hedge fund tycoon.”

3. Kellanne’s Husband Is a Wealthy Lawyer With a Million Dollar Salary

Kellyanne Conway is not the only breadwinner in the Conway family. Her husband, George, has built a successful career as a lawyer. He’s so established in conservative legal circles that he’s being considered for solicitor general.

Conway’s New York law firm bio says he “has been a partner in the Litigation Department of Wachtell, Lipton, Rosen & Katz since January 1994. He joined the firm in September 1988.”

AmericanPolitics claimed Conway’s income from the law firm where he works in New York is at least $1 million a year. The Observer called Conway a “million-dollar-a-year partner.”

One of those high-profile suits involved representing tobacco company Philip Morris. “Mr. Conway played a substantial role in prosecuting one of the most prominent defamation cases in recent memory (Philip Morris v. American Broadcasting Cos.),” said the law firm.

4. Kellyanne Was Not Born Wealthy & Was Raised By a Single Mother After Her Father Left 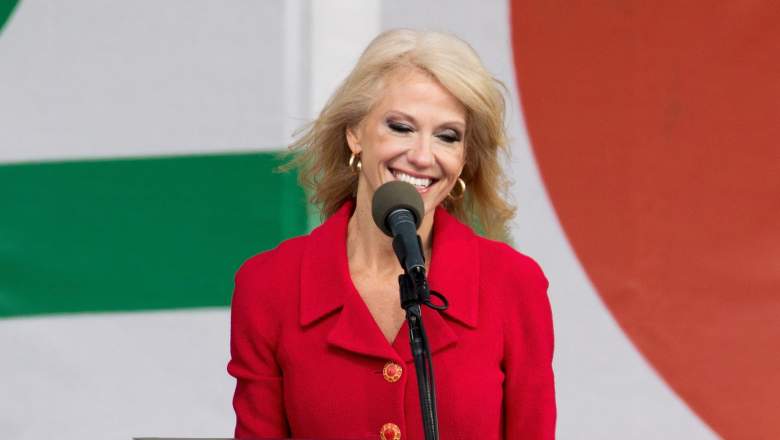 Kellyanne has been open about the struggles her mother faced when she was growing up. Kellyanne was not born to wealth.

“My father left when I was very young. I didn’t meet him until I was 12 or 13. We had no alimony, no child support,” Kellyanne told The Washington Post.

But she told the newspaper that she learned to be self sufficient at an early age, saying, “I didn’t get married until I was 34, and I had been very independent, started my own business, paid off my student loans” and added “I grew up around Atlantic City. My mother worked there for 21 years, and that was our sole source of support. She was left with no alimony, no child support whatsoever when I was 2 or 3.”

5. The Conways Own a Mansion in New Jersey 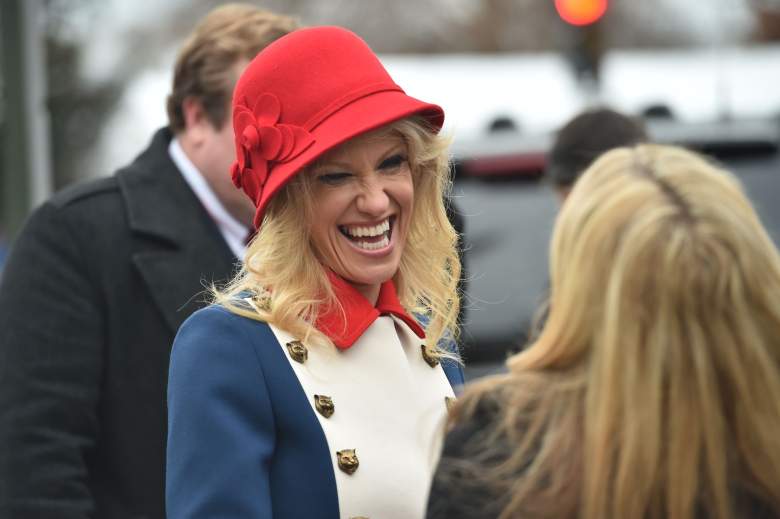 Conway at the inauguration. (Getty)

In December 2016, The Washington Post reported that Kellyanne was “house hunting” in Washington D.C.

The Conways currently live in Alpine, New Jersey, according to NJ.com.