The man accused of murdering law enforcement officers Danny Oliver and Michael Davis in a Sacramento crime spree was a twice deported illegal immigrant who once claimed he had ties to a cartel.

The mayhem allegedly caused by Luis Monroy Bracamonte (who also has been called Marcelo and Marcello Marquez and Luis Monroy Bracamontes) will receive the national spotlight as President Donald Trump has invited the widows of the officers killed to Trump’s February 28 speech before Congress.

Susan Oliver and Jessica Davis will join Jamiel Shaw, Sr., whose son was killed by an undocumented immigrant, at the speech, where they will be accompanied by First Lady Melania Trump, The Washington Times reported. In contrast, some Democrats plan to bring undocumented immigrants to the speech. Danny Oliver was remembered as a loving father who passed up promotions to help his neighborhood, and Davis had followed in his father’s footsteps; tragically, his own father was a Riverside deputy who was killed in the line of duty exactly 26 years before.

Bracamonte, a Mexican national, is scheduled to stand trial in March 2017 for the slayings, which occurred in 2014.

1. The Suspect Was Deported Twice From the United States After Committing Crimes

It turned out that the suspect had already been deported from the United States twice before the two officers were slain, first for a drug crime in 1997 and then again in 2001, KCRA reported. He told Fox40 he was part of a cartel. Bracamonte also told the television station in an exclusive interview that his wife, Janelle Monroy Marquez, “was cheating on him with his brother and a couple she met on Craigslist. Marquez says he ended up in Sacramento while aimlessly looking for the couple’s address.” That’s when he encountered the first officer, Danny Oliver.

KCRA reported that the Maricopa County, Arizona Sheriff’s Office, “had Marquez in custody four times” as far back as 1996. He was released to ICE after spending several months behind bars but in 1998 “Marquez was arrested on the possession of narcotic drugs, misconduct involving weapons and possession of marijuana. He was jailed and released,” according to KCRA.

It didn’t end there. In 2001, he was arrested again on drug charges; at the time of the crime spree, he and his wife – who was in the car when it occurred – were living in Utah, according to the television station, which added that he worked as a house painter. 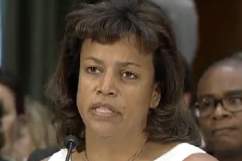 2. Bracamonte Is Accusing of Shooting the Officers to Death & Injuring Others in the Horrific Crime Spree

The crime spree erupted on October 24, 2014, and culminated in the killing of Danny Oliver, a Sacramento County, California sheriff’s deputy, and Detective Michael Davis, according to the Sacramento Bee. The suspect was armed with an AR-15 rifle, the Bee reported.

Before the spree was over, Bracamontes is also accused of shooting another motorist in the head during a botched carjacking attempt, although not fatally, and wounding another law enforcement officer, the Bee reported.

Susan Oliver, the widow of Deputy Oliver, later spoke to the Senate Judiciary Committee in 2015 about what authorities say happened. In that address, she said, “My husband and father of two approached a car on his beat. This time it was the last time. The last thing my husband attempted to do… was to ask the man inside the car how his day was going, but he never made it to the driver’s window. At about 10:30 a.m., that man was in the country illegally and armed with numerous illegal weapons. He aimed one outside a car in a parking lot of Motel 6, killing my husband with a shot to his forehead. I can honestly say not a day goes by that this has not affected me.”

She said that Danny Oliver was a 15-year veteran of the Sacramento County Sheriff’s Department who “was not a man to boast or gloat about his professional accomplishments. Danny simply felt he was doing his job… he was policing his community and trying to make a difference. His job was to identify possible community challenges and try to get ahead of them. He put himself into harm’s way every day he put his uniform on.” Bracamonte then allegedly eluded authorities before being apprehended.

3. Sheriff Joe Criticized the Fact the Suspect Was Previously Sitting in His Jail Eating ‘Bologna Sandwiches’ 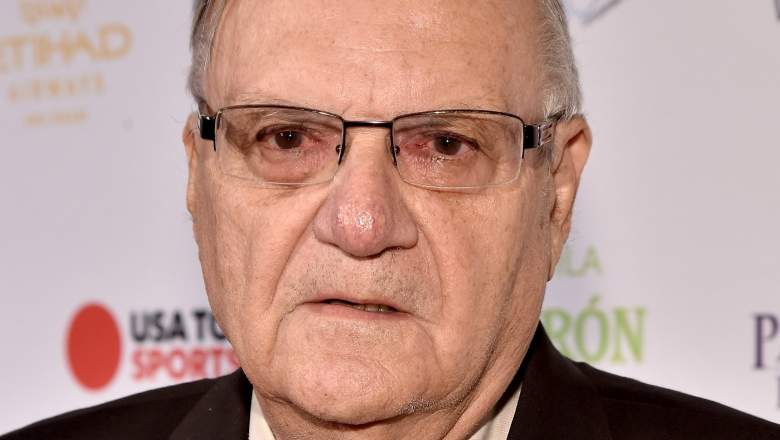 Controversial Arizona sheriff Joe Arpaio was one of those who spoke out about Bracamonte’s criminal record after the officers were slain. “The killer was in my jail eating bologna sandwiches,” Sheriff Arpaio said, according to Fox 40.

Arpaio told Fox 40 “he’s been demanding answers from ICE for months in regard to why they continue to release criminally convicted illegal immigrants back onto the streets,” the television station reported.

In a written statement, Arpaio said to the Sacramento TV station: “The growing conflict between the federal government and local law enforcement over what to do about criminal and illegal aliens are endangering the citizens of Maricopa County and the United States.”

“The man that killed my husband was deported several times for various felonies, due to lack of coordination between law enforcement agencies he was allowed back into the country and in one day he committed another crime,” Susan Oliver said to the Senate Judiciary Committee.

4. Bracamonte Grinned in Court When the Details of the Murders Were Outlined

The Sacramento Bee reported that, at one court hearing, Bracamonte appeared “bemused” and even grinned as details of the murders were outlined.

He is scheduled to stand trial in March 2017. At the end of one court hearing in 2015, the suspect said in court, “I did kill those cops. You can execute me whenever you’re ready,” according to The New York Daily News. His wife, who was along during the murderous spree, has also been criminally charged in connection with it, the Daily News reported.

5. Legislation Was Proposed in the Names of the Two Officers to Crack Down on Illegal Immigrants Who Commit Crimes

Legislation was named in honor of Oliver and Davis. The Davis-Oliver Act attempted “to increase collaboration between local, state and federal officials in the enforcement of U.S. immigration laws.” It was introduced by then Senator Jeff Sessions, who is now Trump’s Attorney General.

The bill was read twice and referred to the Judiciary Committee. The legislation has not yet passed. As a candidate, Trump urged its passage during a campaign speech, saying, according to a CNN transcript, “The Davis-Oliver bill will enhance cooperation with state and local authorities to ensure that criminal immigrants and terrorists are swiftly really, swiftly identified and removed and they will go fast, believe me, they’re going to go fast.”