Here's a photo of the Trump tax returns that @maddow just displayed.

MSNBC host Rachel Maddow said she has – and waved around on television – two pages of Donald Trump’s 2005 federal tax returns, which show Trump earned more than $150 million that year and was socked with an Alternative Minimum Tax he wants to eliminate.

You can see them above.

“What we have tonight has been turned over to a reporter. These are returns for one year. It’s a federal return,” said Maddow, as she started her show. It turned out she only had two pages of the returns, though, when she revealed them.

They showed Trump paid $38 million in taxes, a tax rate of about 25 percent. A large portion of those taxes were the result of the “alternative minimum tax,” which Trump wants to eliminate, according to The Daily Beast. Without it, his taxes would have been about $5.3 million only, the returns show. You can read an up close version of the returns here. 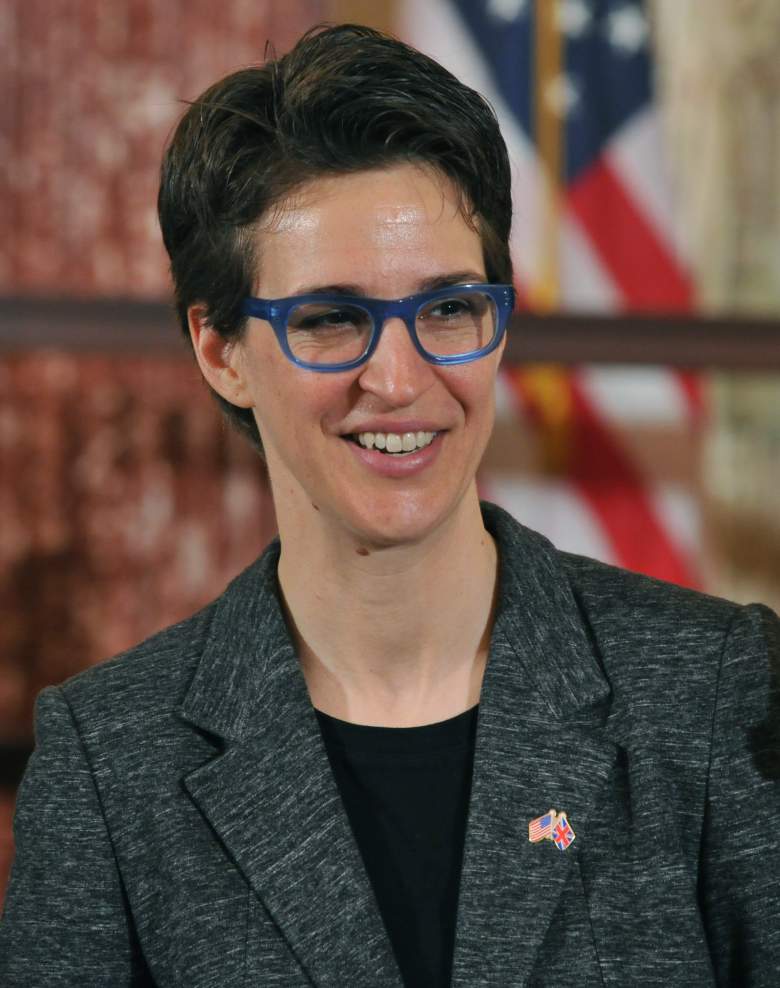 According to TurboTax, the Alternative Minimum Tax “was designed to keep wealthy taxpayers from using loopholes to avoid paying taxes.” It became controversial because it was not “automatically updated for inflation,” meaning “more middle-class taxpayers were getting hit with the AMT each year.”

Not everyone thought the pages were bad news for Trump:

Thank you Rachel Maddow for proving to your #Trump hating followers how successful @realDonaldTrump is & that he paid $40mm in taxes! #Taxes

1. Maddow Tweeted That She Had the Tax Returns From 2005, Adding ‘Seriously’ at the End of the Tweet & Then Showed the Two Pages 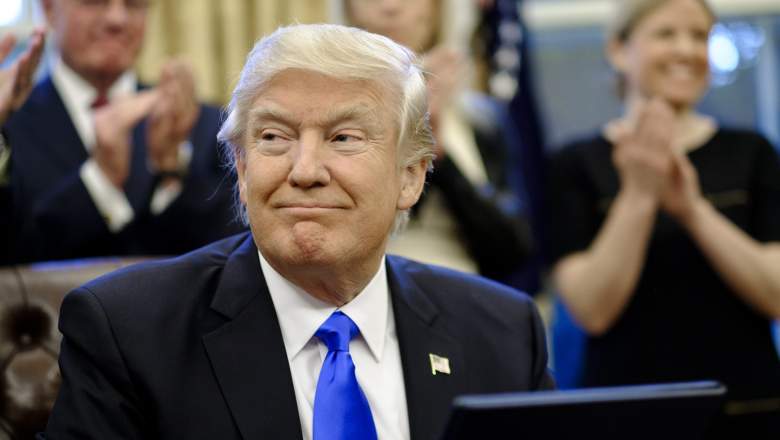 Maddow tweeted that she had Trump’s tax returns, something she reiterated on her show. When she finally did the big release, it turned out that she had only two pages of the tax returns. The two summary pages show the returns were filed jointly by Trump and his wife (called “Melanija” in the returns) and list a Park Avenue address.

Maddow summarized what they show this way: She said Trump paid $38 million in taxes. “He took a big write down of $103 million. If you add up the lines for income he made more than $150 million in that year,” she said, waving the pages for the television cameras.

She admitted that a “full tax return for someone like Donald Trump would be a lot longer than what we have here.”

Some said other returns (or fuller ones) would tell much more.

Rachel Maddow doing the best with one old Trump return. The missing returns 2006-2016 plus audit reports/adjustments tell much, much more.

Maddow’s lengthy preamble at the start of her program started with how she believes that Trump’s “explanations have never made sense.” She questioned why the president “hasn’t released any tax returns. When you get an excuse from them that hasn’t made sense, you have to look for another reason.” She launched into a lengthy string of questions she has about Trump’s supposed ties to foreign governments and a Russian oligarch, his choice of Michael Flynn as national security adviser in the past, and other inquiries.

She added, “There is genuine curiosity” whether Trump’s tax returns match things he has said about himself. Some people thought the show didn’t have much new content.

We're 10 minutes into Rachel Maddow's big scoop on Donald Trump's taxes, and so far she's asked 1,000 questions and answered none of them.

Throughout the presidential campaign and as president, Trump has consistently refused to release his tax returns, generally claiming he’s been advised not to do so because he’s under audit. The White House slammed the March 14 MSNBC report, saying the returns were illegally obtained but not denying they were authentic. 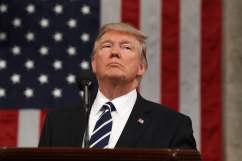 2. Maddow Said the Document Was ‘Handed to a Reporter’ Named David Cay Johnston & Said They ‘Turned up in Johnston’s Mailbox’

David Cay Johnston is a Pulitzer Prize winning investigative reporter who wrote a book in 2016 about Trump. In August 2016, Johnston released The Making of Donald Trump, which he wrote in just 27 days, according to The New York Times.

Johnston spent over three decades covering Donald Trump. He first met Trump in 1988 while working as a reporter for The Philadelphia Inquirer. Maddow said in her TV show that the returns turned up in Johnston’s mailbox.

Now in 10 languages – The Making of Donald Trump. Below is Italian language cover. pic.twitter.com/EIUTwrVGMP

He’s posted and retweeted some negative things about Trump on Twitter.

One benefit of Trumpism is a revival of pop political humor in commerce, this from a Canadian eatery… pic.twitter.com/tab3Gt2YOp

On her show, Johnston said he believes it’s possible that Trump leaked him the returns because Trump had leaked him information in the past, although he offered no proof for that claim.

According to the Daily Beast, Johnston “published an analysis of those pages on his website, DCReport.org,” but the website had crashed in the midst of the Maddow show.

You can read more about Johnston here: 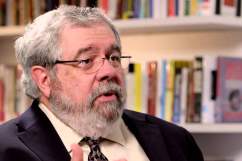 3. The Tax Returns Show Trump Paid an Effective 25 Percent Tax Rate & Was Affected by the Alternative Minimum Tax, Which He Advocates Eliminating 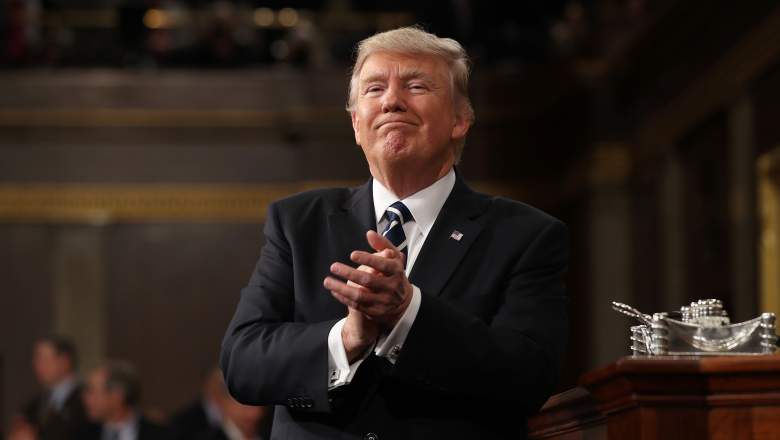 President Donald Trump delivers an address to a joint session of Congress. (Getty)

Johnston said the alternative minimum tax affected Trump’s tax rate. Johnston said the two pages of returns do not reveal the “sources” of Trump’s income. He pointed out that other presidents released their returns. He questioned whether something was “hiding” in Trump’s returns.

According to The Daily Beast, “The documents show Trump and his wife Melania paying $5.3 million in regular federal income tax—a rate of less than 4% However, the Trumps paid an additional $31 million in the so-called ‘alternative minimum tax,’or AMT. Trump has previously called for the elimination of this tax.”

In fact, a December 2016 CNBC story on the Alternative Minimum Tax is headlined: “Trump vows to axe a dreaded surtax on the upper middle class.”

The story reports that “President-elect Donald Trump wants to scrap the 47-year-old tax, which was originally meant to assure the rich don’t avoid paying their fair share, but which now hits more than 4 million taxpayers a year.”

In studying the Johnston released returns, the Daily Beast also noted that “Trump’s 2005 return also shows that he’d continued to benefit from the roughly $916 million loss he reported in his 1995 return,” which was previously reported by The New York Times. The Times also received the returns from a source not publicly identified. 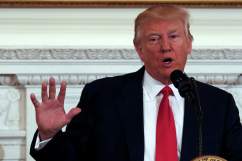 4. The White House Confirms Trump Paid $38 Million in Taxes in 2005 & Said the Returns Were Illegally Disseminated

The White House took the extraordinary step of releasing a statement a few minutes before Maddow’s show aired and after she tweeted that she had obtained the returns.

The White House statement said that Trump “paid $38 million dollars even after taking into account large scale depreciation for construction, on an income of more than $150 million dollars, as well as paying tens of millions of dollars in other taxes such as sales and excise taxes and employment taxes and this illegally published return proves just that.”

The White House statement also called Trump one of the most successful businessmen in the world. In the statement, the White House accused Maddow and MSNBC of being “desperate for ratings” and being “willing to violate the law.”

Maddow said on her show that the First Amendment allows her to report on the returns.

You can read the full White House statement above.

5. Trump’s Son Mocked Maddow on Twitter but the DNC Claimed Trump’s ‘Audit Excuse’ is a ‘Sham’ 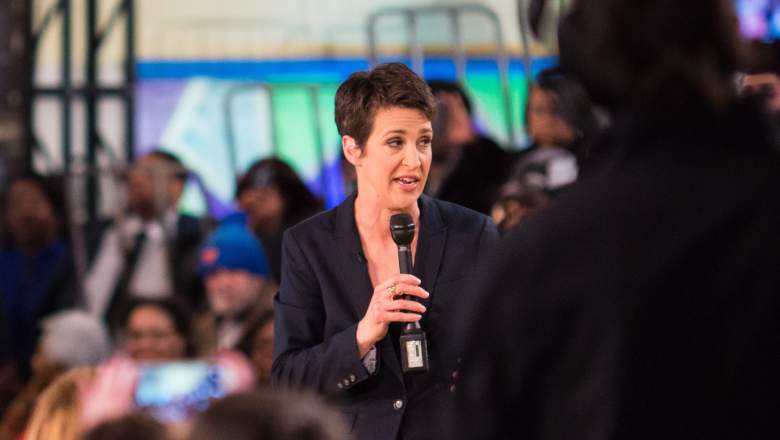 Now @CNN is upset that the returns that they have been dying to get their hands on for 18 months are out but it doesn't fit their narrative!

BREAKING NEWS: 12 years ago @realDonaldTrump made a lot of money and paid a lot in taxes #scandal #thankyouMaddow

On Instagram, Trump Jr. wrote, “So after months of saying @realdonaldtrump paid no taxes and was a bad businessman etc etc Rachel Maddow releases his 2005 tax return where he made $150,000,000 and paid $40,000,000 in taxes. I’d say that’s pretty successful. I didn’t know she was a conservative???!!! #thankyoumaddow #trump #taxes #taxseason. You can’t make this stuff up. While they will do absolutely anything to take him down they always seem to make him look better as a byproduct of their biased and seemingly anti-American hatred. #fakenews”

He wasn’t the only one.

@NBCNews OMG @realDonaldTrump only paid $38 Million dollars in federal taxes in 2005. And he took legal deductions! What a scandal!

The Democratic National Committee released its own statements, saying that the White House confirmation of what the returns show contradicts Trump’s past comments that he can’t release all of his tax returns because of an audit. The DNC called that reasoning a “sham.”