Already being the oldest female to travel into space at the age of 56, Whitson eclipsed Jeff Williams‘ record for the most time spent in space by any American early in the morning April 24.

At 1:27 a.m. ET on April 24, @AstroPeggy has officially broken @Astro_Jeff's record of 534 days in space. Wish her well with #CongratsPeggy! pic.twitter.com/ylZtOwt4lA

And now, she will have a conversation from space with President Donald Trump to honor her incredible feat.

Whitson’s first mission to space was in 2002 and included an extended stay at the International Space Station. Then in 2007, she became the first female commander of the ISS when she was a member of Expedition 16.

Whitson, the current commander of the ISS, amassed 376 total days in space by her second mission and now sits at over 534.

According to her NASA biography, Whitson’s career with NASA started in 1988 when she was a supervisor for the Biochemistry Research Group at NASA-Johnson Space Center. Shortly after that, she worked as a research biochemist in the Biomedical Operations and Research Branch at the same facility in Houston. Her passion for chemistry and spaceflight continued to develop as she worked her her way up at NASA. Starting in 1992, she served three years as a project scientist for the Shuttle-Mir Program, a collaborative effort from Russia and the United States that involved space shuttles from America visiting Russian space station Mir.

After her work on that program in 1996, Whitson was selected as a candidate for astronaut and slowly worked toward her dream of flying into space.

Throughout all the years, Whitson was never was alone in her desire to succeed as a scientist — and eventually an astronaut. She was always joined by her husband, Clarence F. Sams, who also works for NASA.

The couple, who met while pursuing their doctorates in Houston, have shared a close bond together through their science and chemistry studies since they got married almost 30 years ago. 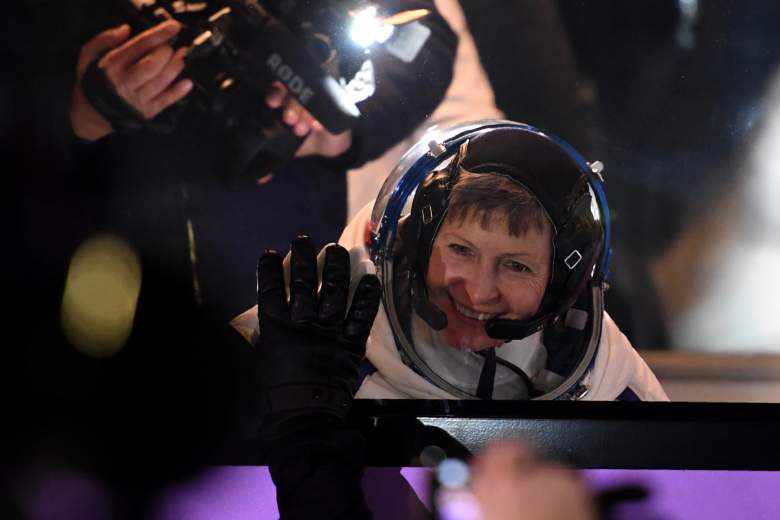 According to MooseRoots.com, Whitson and Sams got married May 6, 1989, meaning they will celebrate their 28th anniversary very soon.

When making trips to space, keeping personal items to a minimum is key, Whitson said in an interview. One of the only personal items that she does bring with her to space is the most important to her: her wedding ring. That shows the type of bond she and Sams have formed over the years, even with her in orbit.

It doesn’t appear that the two scientists have any children together.

With Peggy training or on space expeditions most of the time, Sams and Whitson try to have chats as much of they can. On Christmas Day in 2006 while on a mission, Whitson had a linkup with Sams and other family members while they were at the couples’ home in Houston.

2. Sams Has Worked as a Biochemist for NASA for Over 30 Years 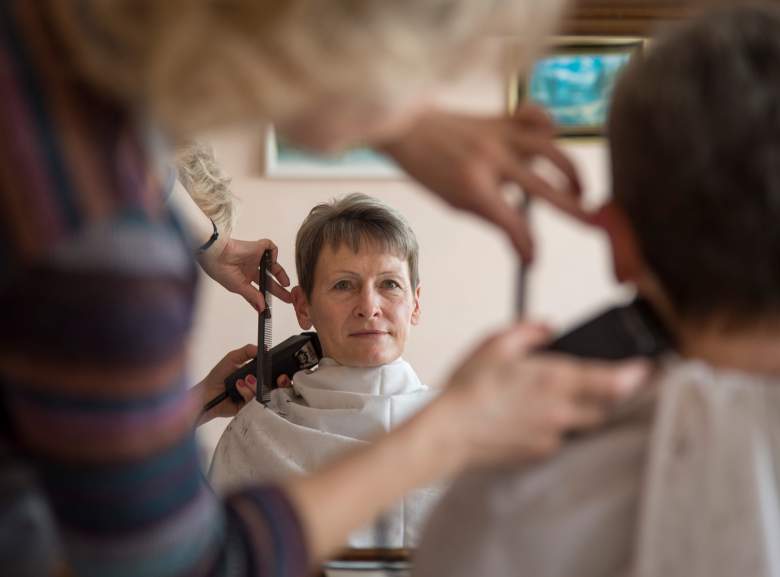 NASA astronaut Peggy Whitson gets her hair cut in 2016. (Getty)

Being actively involved in science and research are key parts of Sams’ professional career.

He works for NASA as a biochemist and is also the director of the Cell and Molecular Research Laboratory in Houston.

He started working for NASA back in 1984 with a fellowship at Johnson Space Center right out of college. That fellowship lasted for two years (1984-86) and ended with Sams being offered a job as a research biochemist for NASA in 1987. He’s worked in the role ever since and has worked his way all the way up the ladder to become one of the organization’s top biochemists. Much of his research centers around the biological effects of spaceflight.

As the director of the Cell and Molecular Research Lab, Sams performs research relevant to NASA. In addition to doing that, he’s also the project scientist for the Countermeasure Evaluation and Validation Project and also a research advisor in the National Research Council Resident Research Associateship Program.

If that wasn’t enough, Sams also is an adjunct professor at Rice University and also at the Texas Houston Medical School.

3. Early On, Sams Had an Interest In Aviation & Got the Best Of Both Worlds As a NASA Scientist 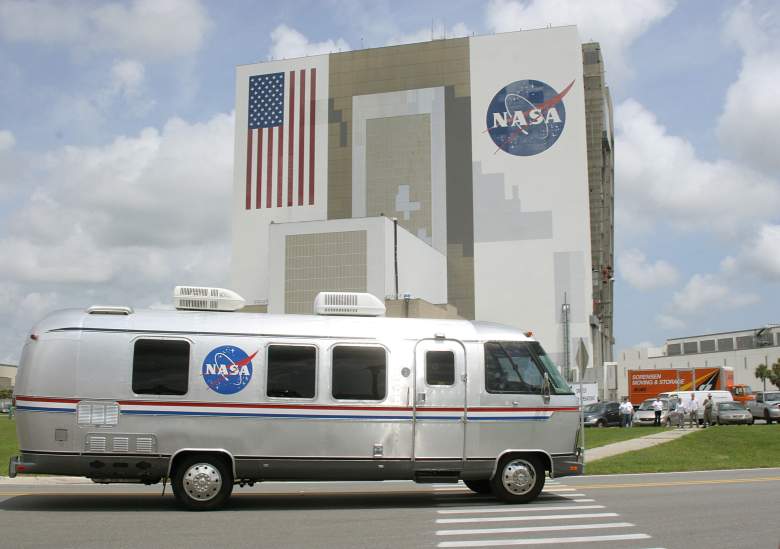 While science and research turned out to be his main interests in life, it wasn’t always that way.

Sams grew up in Oklahoma in a family full of aviators. He learned to fly a plane at an early age by his father and wished to follow in his footsteps and become a professional pilot eventually. However, he grew quite the interest in scientific exploration around the same time his interest in being a pilot hit a climax. He said in his NASA biography that it was his chemistry teacher in high school that inspired him the most to be a scientist.

That same high school teacher, who worked for years as an industrial chemist, had the realization that many chemists breaking through in the industry weren’t prepared enough for their jobs, so he decided to quit his career and become a teacher to help students be prepped for the grueling work of being a chemist. Sams worked with that teacher as a lab assistant before he went on to college.

Soon, Sams realized that most of the skills he had learned while trying to pursue aviation went hand-in-hand with him trying to be a researcher. Once he got his bachelor’s degree, Sams worked as a copilot in business aviation, but changed courses because the industry was in a decline at the time and many pilots across the nation were being laid off.

Thankfully for Sams, he always had his chemistry background to fall back on, and did so shortly after making the change.

Performing biochemical research for the space program has given Sams him the ability to be involved in both aviation and chemistry, and that’s what he said he enjoys the most about it.

“Most pilots fly because they love to fly,” Sams said in his NASA bio. “The good ones are always learning. I think that’s one of the other joys of this job (research): you have to keep learning, challenging yourself, and trying to figure out something new. That’s part of the professionalism that pilots have, and it’s part of the process of doing science. So that’s the common ground between those two fields.” 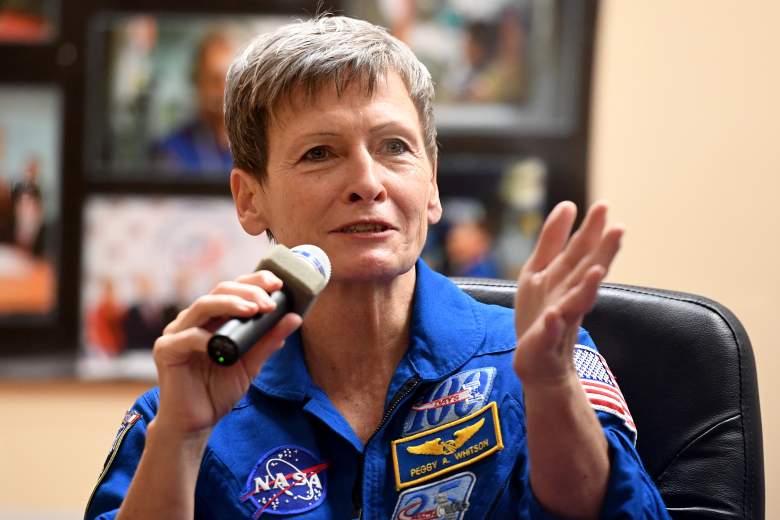 Whitson and Sams met each other when they went to Rice — in Houston — to get their doctorates in chemistry. It was a bond that lasts until this day.

Whitson earned her bachelor’s degree in biology/chemistry from Iowa Wesleyan College in 1981 before landing at Rice and to get her doctorate in biochemistry four years later in 1985.

Sams enrolled at Rice after high school and majored in chemical engineering. But about halfway through his academic career at the college, he decided to alter his career plans and change his major to biochemistry. He got his degree and worked as a copilot for a bit before going back to school and earning his doctorate from Rice in biochemistry.

The same day that Sams turned in his dissertation at Rice, he pursued an opportunity that led him to where he still sits today. While walking the halls after turning in his project, he noticed an advertisement on a bulletin board near the biochemistry department at Rice. It was a job ad from NASA saying it was seeking viable candidates for its National Research Council’s Resident Research Associateship program. He applied for it almost immediately after seeing it and was hired. He hasn’t left NASA since then.

5. He Has Been The Lead Researcher In a Number Of NASA Projects

Sams has led the research on various important topics at NASA since he was hired as a biochemist 30 years ago. While much of it has focused on the effects spaceflight has at the cellular and subcellular levels, his main focus nowadays is researching how immune cells from the body are affected by flying into space.

The objective of his research is to examine the body’s immune system and how it reacts to the stresses of spaceflight. With his research, the hope is for NASA scientists to create measures to get rid of those negative effects.

In his NASA bio, Sams said one of the parts that he enjoys the most about his job is being able to work around such talented individuals.

“The other thing that I really do enjoy about my job is the fact that I have a lot of like-minded people around me,” he said. “I get to work with really intelligent, dedicated, interested, and interesting people. It’s an intriguing and fascinating team.”

To take a look at some of Sams’ research and numerous experiments he’s performed at NASA over the years, click here. 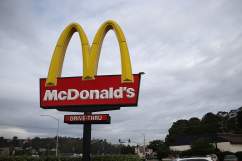 Loading more stories
wpDiscuz
0
0
Would love your thoughts, please comment.x
()
x
| Reply
Dr. Peggy Whitson is set to eclipse the record for most time spent in space by any American. She is married to Clarence F. Sams, a biochemist.