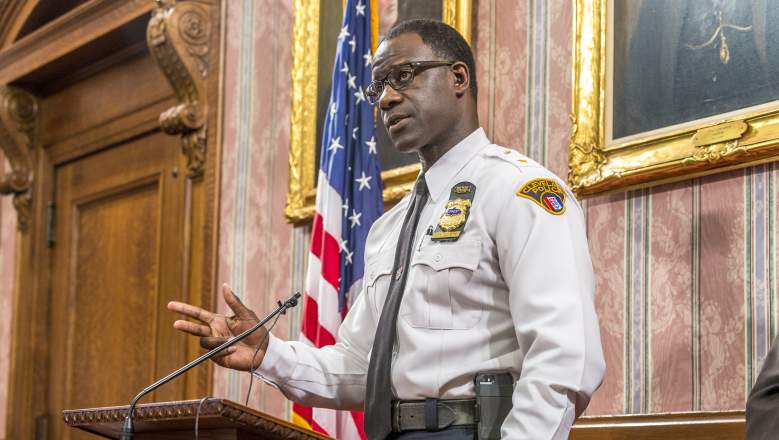 Cleveland Police Chief Calvin D. Williams was responsible for leading the police response to the shocking murder of Robert Godwin Sr. and the manhunt for his suspected killer, Steve ‘Stevie Steve’ Stephens. The manhunt lasted two days, as Pennsylvania State Police have confirmed that Stephens was seen by police in Erie, Pennsylvania. After a brief chase, Stephens killed himself.

The 52-year-old Williams has been the Chief of Police since February 2014 and has spent 31 years in uniform. Last year, his department was tasked with keeping the Republican National Convention safe. He has also dealt with personal tragedy, as his brother was killed a year after he took his current job.

Here is what you need to know about Williams.

On Sunday, 37-year-old Stephens posted a video that allegedly shows him randomly choosing to shoot and kill 74-year-old Robert Godwin Sr. Williams said that, after the shooting, detectives spoke with Stephens by cellphone, reports CBS News. However, since then, they haven’t heard from him.

“Early in this investigation we did have contact with him, direct contact,” Williams said, CBS notes. “The detectives did of course try to convince him to turn himself in and of course that hasn’t happened to date.”

Police said that the manhunt for Stephens expanded beyond Ohio. Authorities and residents in Pennsylvania, New York, Indiana and Michigan were asked to keep an eye out for him.

“Obviously he’s got deep, deep issues,” Williams told the media. “Whether he was calm or not, he committed a heinous crime in this city.”

Williams vowed to keep the manhunt going until they find Stephens or he turns himself in. The FBI and U.S. Marshals are assisting and police consider the suspect armed and dangerous.

“If Steve has an issue, then he needs to talk to some folks to get that resolved,” Williams said Sunday, reports Cleveland.com.

There is a warrant out for Stephens’ arrest, charging him with aggravated murder.

The manhunt ended on Tuesday at 11:10 a.m. ET. Police told Go Erie that Stephens was spotted driving a white Ford Focus and pursued him. During the short chase, police say Stephens killed himself.

On February 24, 2015, Cleveland Police announced that the victim of a homicide that morning was William D. Williams, the 34-year-old brother of Williams. Police responded to reports of a male shot, but Williams’ brother died just before EMS arrived.

Police issued an arrest warrant for Dana Johnson, who had two children with Williams’ brother. Pennsylvania State Police spotted her in Pennsylvania and tried to stop the car. As NBC News notes, she then pulled out a gun and shot herself. She was taken to a Pittsburgh hospital for treatment.

On February 26, 2015, WTAE in Pittsburgh reported that Johnson died from her injuries.

Debra Billingsley, a friend of Johnson and William D. Williams, told WKYC that the couple had a strained relationship. “He would tell me, he’d say, ‘Deb I love her.’ But there was a lot going on. They just had a lot of things going on in the relationship,” Billingsley recalled.

WKYC also reported that William D. Williams had several run-ins with the law, including arrests on charges of attempted drug possession and disorderly conduct.

3. Williams Is a Graduate of the Cleveland Police Academy & a 31-Year Veteran

Williams has spent most of his adult life as a member of the Cleveland police. According to a 2014 Cleveland.com profile, he joined the force in February 1986 after graduating from the Cleveland Police Academy. He spent time in almost every team, including eight years in the Special Weapons and Tactics Team.

In 1997, he was promoted to sergeant and was the basic patrol supervisor for the First District SWAT Unit. Soon, he was leading the entire Cleveland SWAT unit. Three years later, he was supervising the Fugitive Unit.

Prior to being appointed Police Chief, Williams was Deputy Chief of Field Operations, overseeing the five Neighborhood Police Districts, the Bureau of Community Policing, the Bureau of Traffic and the Office of Special Events for the Division, according to his city bio.

Williams and his wife, Loretta, have lived in Cleveland all their lives. “Anyone that knows us and knows what we’re about knows we care about this city,” he told Cleveland.com in 2014. “We definitely want this to be the greatest city in the United States.”

4. He Was Tasked With Commanding the Police Force During the 2016 Republican National Convention

Cleveland police chief: 'I'm out here just like every other officer'Cleveland Police Chief Calvin Williams was the commanding officer in charge of thousands of police officers during the Republican National Convention. Rather than station at police headquarters, he said he took a hands-on approach because he conside2016-07-22T13:53:16.000Z

Williams gained national attention last summer when Cleveland hosted the 2016 Republican National Convention, which ended with Donald Trump’s nomination for President. Cleveland.com reports that he commanded 3,000 police officers to keep the convention safe. As Fox8 notes, Williams himself was in the middle of crowds, weaving in and out of traffic on a bicycle.

“I like to be out so I can touch it, feel it, smell it; see what’s going on, talk to my commanders face to face and then we make decisions like that,” Williams told Fox 8.

Despite fears, the RNC went off without a problem and several national outlets praised his job performance. 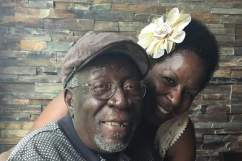 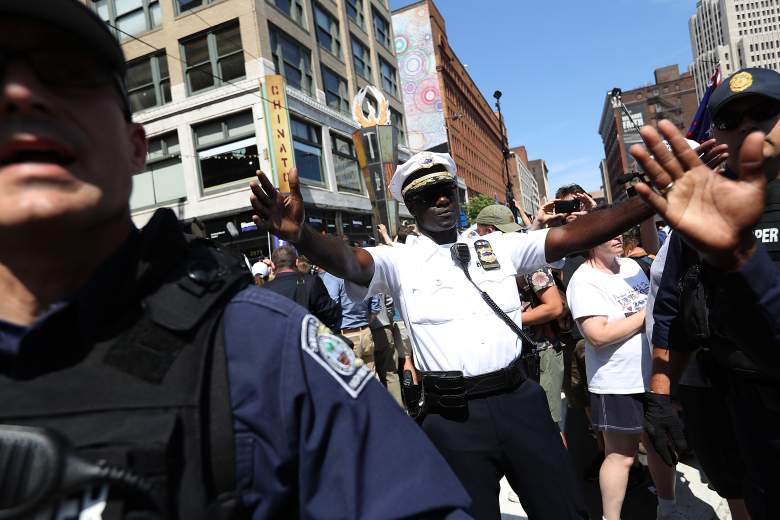 After tragedies like the death of Tamir Rice, a 12-year-old killed by police officers in 2014, Williams and Mayor Frank Jackson tried to reform the police department. In May 2015, the department and the U.S. Justice Department reached an agreement or consent decree after a report found that the department “engages in a pattern or practice of using excessive force in violation of the Fourth Amendment.”

But on January 5, 2017, Cleveland.com reported that Matthew Barge, the monitor overseeing the consent decree, believes that the progress has been too slow. “In some instances, what we have received from the city or the division up front has not been up to par,” Barge said, explaining that the plan for the second year of the agreement will include deadlines that should have been completed in 2016.

Back in July 2016, Williams requested 120 new officers in the next four years to comply with the consent decree.

Since becoming Attorney General, Jeff Sessions has asked that all consent decrees with police departments be reviewed. That did include the consent decree with Cleveland. Jackson told Cleveland.com that the new Trump administration’s decision doesn’t mean reforms will stop. 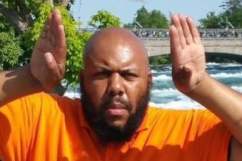 Read More
5 Fast Facts, cleveland, News
Cleveland Police Chief Calvin D. Williams is leading the investigation and search for Steve Stephens, who is suspected of posting a murder on Facebook. Here's a look at his life and career.