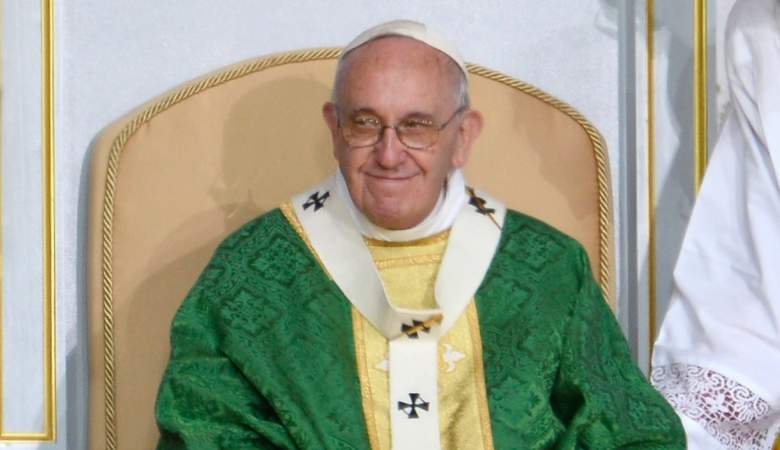 Pope Francis has responded to the twin bombings of coptic Christian churches in Egypt – attacks claimed by ISIS – by asking God to “convert the hearts” of the terrorists.

Vatican Radio released an audio statement from the Pope. You can listen to it here. “[W]e pray for the victims claimed this [Sunday] morning,” the Pope said to followers gathered in St. Peter’s Square. 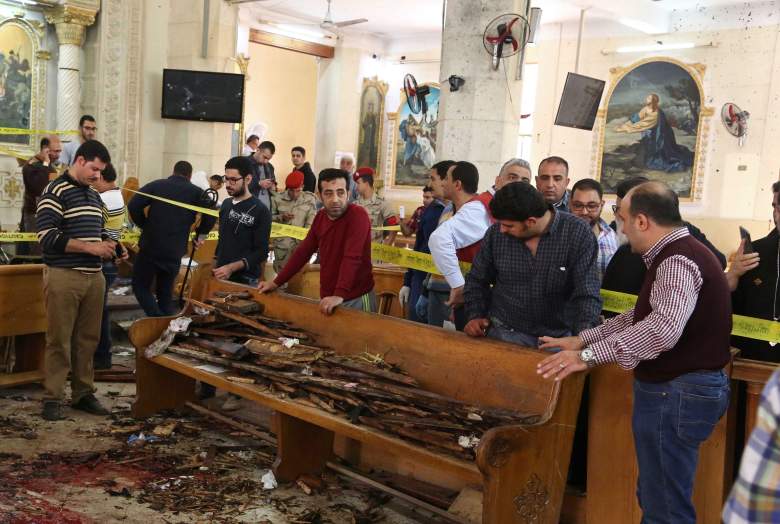 A general view shows forensics collecting evidence at the site of a bomb blast which struck worshippers gathering to celebrate Palm Sunday at the Mar Girgis Coptic Church in the Nile Delta City of Tanta, 120 kilometres (75 miles) north of Cairo, on April 9, 2017. (Getty)

“To my dear brother, His Holiness Pope Tawadros II,” Pope Francis continued, according to Vatican Radio, “to the Coptic Church and to all the dear Egyptian nation I express my deep condolences. I pray for the dead and the injured, and I am close in spirit to the family members [of the deceased and injured] and to the entire community. May the Lord convert the hearts of the people who are sowing terror, violence and death, and also the hearts of those who make and traffic weapons.”

According to Crux Now, the Pope made the remarks “after celebrating Mass in St. Peter’s Square, reading from a note handed to him.”

“May the Lord convert the hearts of those who sow fear, violence and terror,” Pope Francis said. He added: “And that of those who produce and sell weapons.”

The leader of the Coptic Church, Tawadros II was at one of the churches during the bombing but was not harmed in the attack. The Pope referred to the “dear Egyptian church,” Crux Now says.

So sad to hear of the terrorist attack in Egypt. U.S. strongly condemns. I have great…

Horrifically, one of the bombs blew up at the altar, and scenes emerged of blood-stained and wrecked pews. The attack was a strike at the heart of Christianity in Egypt; Egyptian Christians have become an increasingly persecuted minority, according to Amnesty International.

According to Encyclopedia Coptica, the Coptic Church “is based on the teachings of Saint Mark who brought Christianity to Egypt during the reign of the Roman emperor Nero in the first century, a dozen of years after the Lord’s ascension. He was one of the four evangelists and the one who wrote the oldest canonical gospel.” 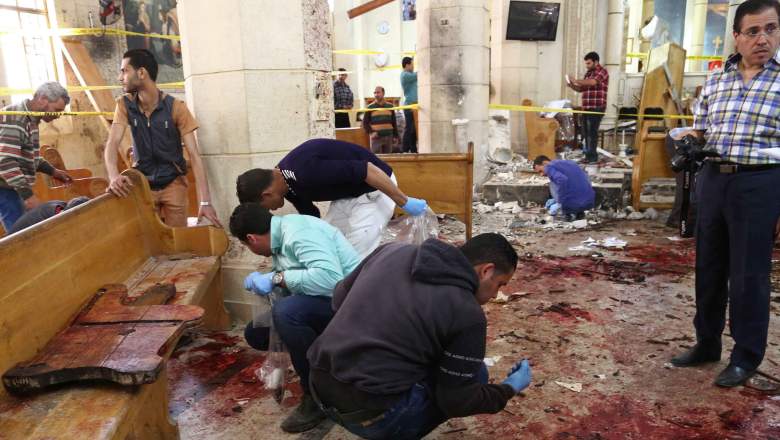 A general view shows forensics collecting evidence at the site of a bomb blast which struck worshippers gathering to celebrate Palm Sunday at the Mar Girgis Coptic Church in the Nile Delta City of Tanta. (Getty)

Indeed, it was in Alexandria (the location of one of the bombings) where Christianity started to spread throughout Egypt, when Saint Mark arrived in that Alexandria, the encyclopedia says. The evidence for that comes from “New Testament writings found in Bahnasa, in Middle Egypt, which date around the year 200 A.D., and a fragment of the Gospel of Saint John,” the encyclopedia says. The coptic church is more than 19 centuries old and was “the subject of many prophecies in the Old Testament. Isaiah the prophet, in Chapter 19, Verse 19 says ‘In that day there will be an altar to the LORD in the midst of the land of Egypt, and a pillar to the LORD at its border.'”

Photos emerged of the carnage. Be aware that some of them are graphic. 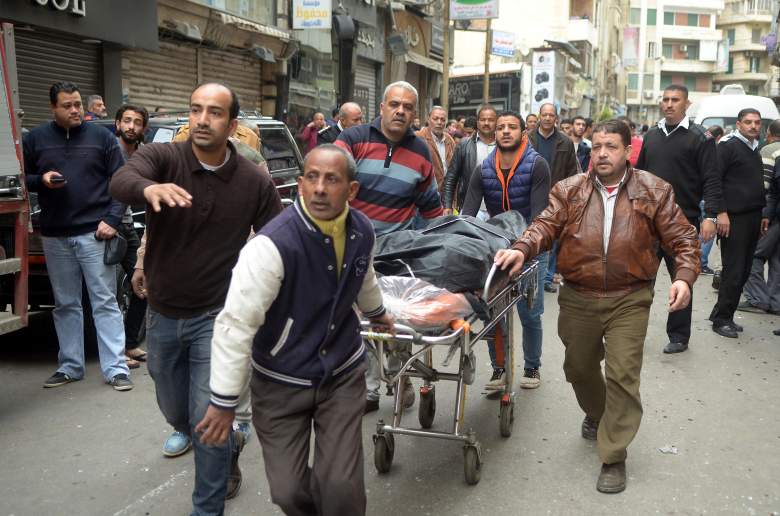 Egyptians wheel away a body near a church in Alexandria after a bomb blast struck worshippers gathering to celebrate Palm Sunday on April 9, 2017.(Getty)

In the second bombing, in Alexandria, alert police officers tried to stop a suicide bomber from entering the Christian church where services were being held so the attacker blew himself up there, killing four police officers, according to BBC. 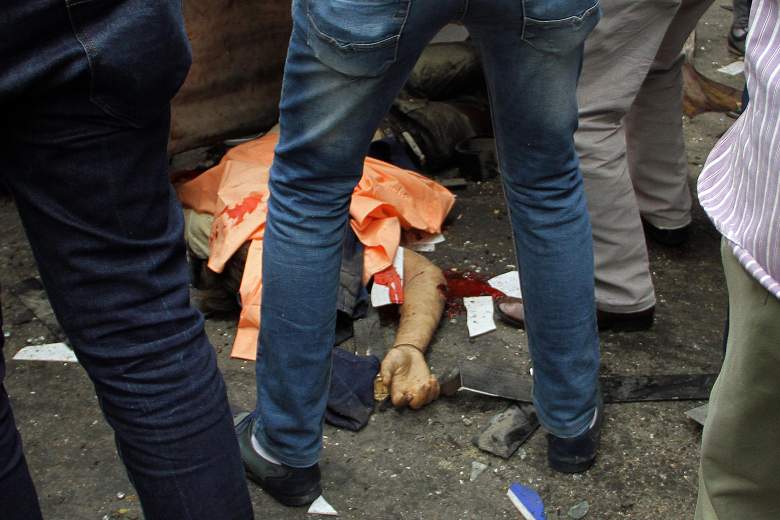 Egyptians gather around a body in a street near the church in Alexandria. (Getty)

According to Reuters, the bombings are the latest attacks on the Christian religious minority in Egypt by “Islamic militants.”

The Coptic Pope Tawadros, was at the Mass at Saint Mark’s Cathedral but was uninjured, Reuters reported. 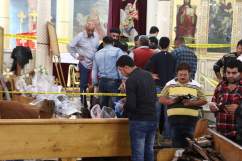