Forrest Fenn, an author and multi-millionaire, created a treasure hunt that led to the deaths of three amateur treasure seekers.

Now the state police chief in New Mexico is asking Fenn to call off the hunt for what is known as the “Fenn Treasure.”

In late June 2017, Eric Ashby disappeared while rafting in a quest to find the treasure. A body was discovered that may be his in late July, leading to renewed calls to end the Forrest Fenn treasure hunt.

Where is the Fenn Treasure? The bounty is located in the Rocky Mountains, but where is anyone’s guess. According to People Magazine, the treasure, first revealed in Fenn’s 2010 memoir, is said to consist of “an estimated $2 million in gold and jewels.”

Fenn says the treasure could be found “soon” or not for 1,000 years.

The Fenn Treasure “has inspired thousands to search in vain across remote corners of New Mexico, Yellowstone National Park and elsewhere,” reported The Denver Post.

A website devoted to the treasure hunt says the clues were also captured in a book, The Thrill of the Chase, that tells “The remarkable true story of Forrest Fenn’s life and of a hidden treasure, secreted somewhere in the mountains north of Santa Fe. The book contains clues to the treasure’s location as Forrest Fenn invites readers to join in The Thrill of the Chase. If you are searching for Forrest’s treasure please stay safe, take adequate supplies and a GPS. The chest is not in a dangerous place. Remember, it weighs 42 pounds and an old man carried it to its secret location. Keep your children close in the mountains and search at your own risk. Good luck in the chase.”

1. A Pastor Named Paris Wallace & Ashby Were the Most Recent Victims of the Treasure Hunt

According to ABC News, the police chief said he felt compelled to speak out after after “a body was recovered earlier…in the New Mexico wilderness that police believe is Paris Wallace.”

Wallace was a “Colorado pastor who went missing after telling family members that he was searching for treasure hidden by Fenn,” ABC News reported.

CBS News reported that “Wallace told family members he was searching for a buried treasure nearly 50 miles north of Santa Fe, New Mexico. But when he reportedly failed to show up for a meeting …they grew concerned.”

Wallace’s exact cause of death was not clear, but there were clues. According to CBS, “Wallace’s car was reportedly found near the Taos Junction Bridge in New Mexico. Police tell ‘CBS This Morning’ they found receipts in his vehicle indicating he’d purchased a rope and supplies at a local store. A torn rope was located a short distance from that vehicle. It had been stretched across a tributary of the Rio Grande. A body was recovered five to seven miles downstream from Wallace’s car.”

Ashby vanished in June while rafting. According to CBS Local, the 31-year-old Ashby “decided to search the Arkansas River for the treasure, which was written about in a book, but disappeared while rafting near the Royal Gorge Bridge in June.” The television station says Ashby may have had a rafting accident. A body was found in the Arkansas River, and authorities are trying to determine whether it’s Ashby’s.

2. Another Man Died Hunting for Fenn’s Treasure in 2016 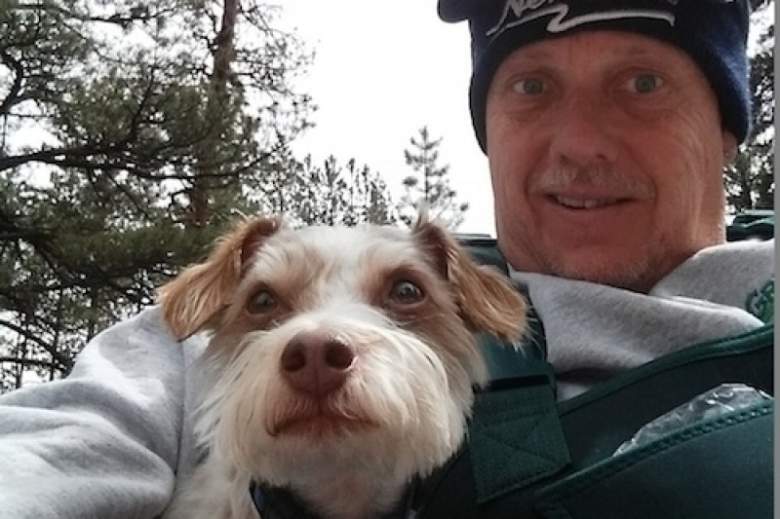 The curse of the Fenn Treasure first struck in July 2016.

On July 26, 2016, the Santa Fe Police Department “confirmed the human remains located north of the Cochiti Lake along the Rio Grande River were those of Randy Bilyeu, according to the Office of the Medical Investigator.”

Bilyeu was an amateur treasure hunter who was from Broomfield, Colorado. According to People Magazine, Bilyeu was last seen “buying an inflatable raft, compass and wetsuit on Jan. 5 (2016), before setting out on the river.”

The cause of death of the 54-year-old father and grandfather was never determined.

“His skeletal remains were discovered last summer by a crew with the Army Corps of Engineers that had been working along the Rio Grande,” reported The Denver Post in 2017. “Autopsy results obtained by The Associated Press showed there was not enough evidence for investigators to determine what caused Bilyeu’s death. He had no broken bones or other skeletal injuries, leaving only room for speculation.”

His raft and dog, Leo, were also found, the Post reported.

3. Fenn, an Antiquities Dealer, Published a Poem With Clues to the Treasure

Fenn, who is a multimillionaire antiquities dealer in addition to being an author, left clues to the treasure embedded in a poem.

The Today Show republished the poem in full, which Fenn also published on his website. According to The Today Show, the poem contains nine clues about the treasure’s location.

As I have gone alone in there
And with my treasures bold,
I can keep my secret where,
And hint of riches new and old.
Begin it where warm waters halt
And take it in the canyon down,
Not far, but too far to walk.
Put in below the home of Brown.
From there it’s no place for the meek,
The end is drawing ever nigh;
There’ll be no paddle up your creek,
Just heavy loads and water high.
If you’ve been wise and found the blaze,
Look quickly down, your quest to cease
But tarry scant with marvel gaze,
Just take the chest and go in peace.
So why is it that I must go
And leave my trove for all to seek?
The answers I already know
I’ve done it tired, and now I’m weak
So hear me all and listen good,
Your effort will be worth the cold.
If you are brave and in the wood
I give you title to the gold.
Happy hunting!

According to The Today Show, Fenn provided other clues after releasing the poem.

On his website, Fenn describes how an Air Force career transitioned to selling art.

“After retiring from the Air Force in 1970, I built an art gallery in Santa Fe that my wife and I ran for seventeen years. Since then, my energies have been directed toward excavation of a large Indian pueblo and writing books about art and exploration,” he wrote on his blog.

Fenn described how his art career took off.

“In 1972, my art career in Santa Fe began at a snail’s stride. My wife and I and two young daughters slept on the floor while we plastered the walls in our new gallery,” he wrote. “One problem was that more than half my life had been spent flying fighters in the Air Force. I was an artistic lowbrow with no college and no business acumen. Art was an entirely new focus, and I didn’t even own a painting.”

Fenn became interested in collecting artifacts as a child and specializes in western art. “The urge to collect started for Forrest Fenn at age nine when he found his first arrowhead. It was just lying there in a plowed field on Little Elm Creek in Central Texas, waiting for him to come along. He still claims it is the most treasured object in his collection,” his website says.

5. Fenn Said He Didn’t Feel Responsible for Bilyeu’s Death & Fenn Said He Created the Treasure Hunt to Give People Hope During the Recession

“I don’t feel responsible for what Randy has done, but I wanted to be part of the rescue,” he said to People.

Bilyeu’s family called on Fenn to call off the hunt, according to the Denver Post, but he refused, saying it would be unfair to other searchers.

However, Fenn has said he created the treasure hunt during the recession to give people hope.

“When I hid the treasure, this country was in a terrible recession,” he told Westworld. “Too many people were losing their jobs. I wanted to give hope to those who had a sense of adventure and were willing to go searching. I also wanted to get the kids out of the game room and away from their texting machines, and out into the mountains and the sunshine.” He warned people to be aware of dangers and use proper equipment.

In 2014, a man named Tom Hoesten claimed that he found – and lost – the Fenn Treasure, but Fenn said there was nothing to the story. In another bizarre twist, some claimed the clues actually lead to a Christian shrine, but Fenn denied this too.