President Donald Trump arrived in Las Vegas to meet with officials, victims and first responders in Las Vegas, the site of the deadliest mass shooting in modern U.S. history. At least 58 people were killed and over 500 injured when 64-year-old Stephen Paddock opened fire at the 22,000 people attending the Route 91 Harvest Country Music Festival. This post will continue to be updated as more photos come out.

The Las Vegas Sun reports that Trump met with victims privately, saying afterwards that he met “some of the most amazing people.” He told the medical staff at University Medical Center, “It makes you very proud to be an American when you see the job that they’ve done.”

He also told Metro Police officers that they should be “very proud” of how they responded the shooting.

GettyTrump shakes hands with a survivor of the shooting.

Trump, who was in Puerto Rico on Tuesday, announced plans to go to Las Vegas in his speech on Monday, hours after the shooting. He also ordered flags across the country to be flown at half-staff in honor of the victims.

“Hundreds of our fellow citizens are now mourning the sudden loss of a loved one — a parent, a child, a brother or sister,” Trump said in his speech. “We cannot fathom their pain. We cannot imagine their loss. To the families of the victims: We are praying for you and we are here for you, and we ask God to help see you through this very dark period.”

“I want to thank the Las Vegas Metropolitan Police Department and all of the first responders for their courageous efforts, and for helping to save the lives of so many,” Trump said. “The speed with which they acted is miraculous, and prevented further loss of life. To have found the shooter so quickly after the first shots were fired is something for which we will always be thankful and grateful. It shows what true professionalism is all about.”

The shooting happened late Sunday night when Stephen Paddock began firing out his room’s 32nd-floor window at the Mandalay Bay hotel and casino, across from the concert venue as Jason Aldean performed. He was found dead by police in his room, with reportedly 23 guns around him. The 64-year-old also had weapons at his home in Mesquite, Nevada.

The motive for the shooting remains unclear, but police are now questioning his girlfriend, Marilou Danley. She was out of the country in her native Philippines at the time of the shooting, but arrived back in the U.S. overnight. According to USA Today, Danley has family in Australia, and she moved there in the late 1980s.

The Australian Associated Press reports that she moved to the U.S. in 1989 and has two sisters who still live in Australia. They both spoke with Australia’s Channel 7, but asked that their faces be blurred.

“I know that she don’t know anything as well like us. She was sent away. She was away so that she will be not there to interfere with what he’s planning,” one sister told Australia’s Channel 7. “She didn’t even know that she was going to the Philippines until Steve said ‘Marilou I found you a cheap ticket to the Philippines.’ He sent her away so that he can plan what he is planning without interruptions. In that sense, I thank him for sparing my sister’s life. But that won’t be to compensate the 59 peoples’ lives.” 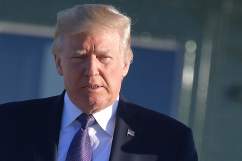