Senator Mark Warner, the top Democrat on the Senate Intelligence Committee delivered a speech about the future of special counsel Robert Mueller’s investigation into Russian interference in the 2016 election, expressing concerns about the calls from President Trump’s allies for an end to the probe. You can watch video of Warner’s speech above.

Warner, of Virginia, is the vice chairman of the Intel committee, which is conducting its own investigation into Russia’s interference in the 2016 election.

“I rise today concerned about the threats to the special counsel’s critical investigation of Russian interference in the 2016 election,” Warner said in his speech. “Over the last several weeks a growing chorus of irresponsible and reckless voices have called for President Trump to shut down Special Counsel Mueller’s investigation.”

Warner told reporters he made the speech Wednesday because he fears Trump might act during the holidays while members of Congress are out of Washington.

Warner said during his speech:

At first, these calls came from the fringes of our political discourse, those who would refuse to put our country and our security before base political instincts. Earlier this year, many of my colleagues on both sides of the aisle were right to push back on these misdirected calls and urge that the special counsel be allowed to do his job without interference. However, in recent weeks those voices seem to be growing in stridency and in volume. Just this weekend, one major news organization suggested that special counsel Mueller could be involved in a coup against the president. One senior adviser at the White House has now outrageously alleged that the fix was in against Donald Trump from the beginning. Those statements are reckless, they are inappropriate and they are extremely worrying. They are at odds with the president’s own lawyers who have pledged to cooperate with the special counsel.

Warner added that the “seemingly coordinated nature” of the claims, “should alarm us all.” He said the “baseless” claims have recently been repeated by GOP members of the House.

Warner called on “every member of this institution, Republican or Democrat” to “make a clear and unambiguous statement that any attempt by this president to remove special counsel Mueller from his position or to pardon key witnesses in any effort to shield them from accountability or shut down the investigation would be a gross abuse of power and a flagrant violation of executive branch responsibilities and authorities. These truly are red lines and simply cannot allow them to be crossed.”

Earlier Wednesday, Warner told MSNBC’s Andrea Mitchell, that President Trump has been “denigrating” the intelligence community because he “didn’t like the unanimous results of the agencies that talked about Russia’s massive interference in our elections.”

.@MarkWarner: This pres came into office denigrating the work of the intelligence community bc he didn’t like the unanimous results of the agencies that talked about Russia’s massive interference in our elections

Warner told Mitchell he is “extraordinarily concerned” because “there does appear to be an effort to undermine not only the investigation, but law enforcement and the FBI in general.” He said “we get into uncharted territory” never seen before from either political party when they “undermine the validity of the FBI.”

Warner also talked about Trump and the Mueller investigation during an appearance this week on CNBC:

For someone who claims as he does that “There’s no there there” – if there is no there there, then he ought to be much more collaborative on trying to get this investigation behind him. Instead, we have these constant actions including firing — you can’t make some of this stuff up — firing the FBI director and then bragging about it to the Russian foreign minister where he calls America’s senior law enforcement official “a nut job” and says, “This is going to take the pressure off of the so-called Russia thing.” When he is out on a regular basis criticizing Bob Mueller.

Again, let’s step back for a moment. We have an FBI director who was appointed by this president, who has been a longtime contributor to Republican candidates. We have a deputy attorney general, Rod Rosenstein, who is a well-known Republican, senior official at the Justice Department. We had Jim Comey who was a known Republican for his whole time as FBI director. And we have Bob Mueller, who beyond being a well-respected law enforcement official and Vietnam vet, was appointed by Republicans as head of the FBI.

So the whole leadership of the FBI and this investigation are all people with impeccable Republican credentials. Yet, this president is still disdainful of all of them. And I think any American, and even somebody like myself who wants to give him the benefit of the doubt says, you know, “This seems a little weird. This is a little screwy.”

“When Bob Mueller was appointed, he was greeted with universal acclaim. I think it’s not fair. I think it’s not right. I think it’s frankly cheap shots when some of these Republican colleagues would question Mueller’s integrity. And if you were to see a firing, I think you would see a constitutional crisis,” Warner told CNBC’s John Harwood. “I mean, if this president allows this investigation to come to its conclusion and either bring charges or not, then I think the system will have worked as our founders intended. If they pull on one of these threads as a reason to fire Mueller, I think it will be a political disaster for the president, and I believe it will be a constitutional crisis.” 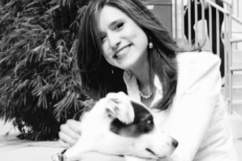 Loading more stories
wpDiscuz
0
0
Would love your thoughts, please comment.x
()
x
| Reply
Senator Mark Warner, the top Democrat on the House Intelligence Committee, delivered a speech on the floor about the "future" of Robert Mueller's investigation.