Former Donald Trump speechwriter David Sorensen resigned from the White House after his ex-wife accused of him of a litany abuse during their short marriage. Jessica Corbett spoke to the Washington Post in an interview that was published on February 9. Shortly after the article went live, Sorensen’s resignation was announced. It comes a day after former Staff Secretary Rob Porter resigned after his two former wives, Jennifer Willoughby and Colbie Holderness, came forward with allegations of domestic abuse. The allegations against Sorensen have been denied by the former speechwriter himself, his first wife Mauranda Stahl as well as prominent Maine lawyer, Joanne Fryer, in the Post story.

Corbett told the Post that during her marriage to Sorensen, he extinguished a cigarette in her hand, ran over her foot in a car and attacked her while grabbing her hair when the couple was in a boat off of the Maine coast. At the time of those instances, Sorensen was a policy advisor and a key member of Maine Governor Paul LePage’s administration.

Sorensen has said in a statement that, “I have spoken with private counsel and am pursuing legal options to address her defamation. The true victim of domestic violence here has become a victim of
today’s f rightening new world of trial by media.”

1. Corbett Has Worked in the Past for Marco Rubio & Newt Gingrich

An engagement notice for the couple published in the Valdosta Daily Times, where Corbett hails from in Georgia, gives their wedding date as December 13, 2014, “on a chartered yacht off the coast of Kauai, Hawaii.” At the time of their engagement, Corbett was working for Maine Congressman Bruce Poliquin.

According to Corbett’s LinkedIn page, she nows works as a director for Michigan’s Republican Party. Previously, Corbett has worked for the Republican Party of Florida, Marco Rubio’s 2009 U.S. Senate campaign, Newt Gingrich’s 2012 presidential run and as a consultant for War Room Logistics, a political polling and digital communications company in Florida. Corbett is a 2009 graduate of the University of Florida where she gained her Bachelor of Science in Economics.

David Sorensen contests that Corbett has been fired from each of her last five jobs or contracts, including working for Rep. Bruce Poliquin and Eric Brakey for senate.

2. Corbett Has Admitted to ‘Slapping’ Sorensen ‘a Number of Times’

In the Washington Post story, Sorensen refutes the allegations of abuse and says that he was resigning so as not to distract from Trump’s presidents. Rather, Sorensen says that it was he who was the victim of violence during their marriage. Corbett acknowledges that she “slapped” Sorensen “a number of times” because of names he called her.

One of the photos Sorensen offered as proof of Corbett’s domestic abuse. David Sorensen

The Post says the couple was officially divorced in September 2017. A month later, Corbett says, she outlined her allegations of abuse to an FBI agent who interviewed her as part of Sorensen’s background check. An FBI spokesperson told the Post that Sorensen’s job didn’t involve security clearance and that the investigation into his background had been ongoing at the time of his resignation.

David SorensenAnother of the pictures that David Sorensen offered as evidence of abuse behavior from Corbett.

Shortly after the Washington Post article went live, Corbett wrote a lengthy Medium blog that elaborated on her allegations. Corbett said in one section, “I’m not perfect. I made mistakes in my marriage. Too often victims of domestic abuse blame themselves and feel that they are deserving of their fate. Regardless, the end NEVER justifies the means. Abuse is NEVER warranted.”

In his response to the Post piece, Sorensen released a lengthy statement that further accused Corbett of abuse and reckless behavior during their marriage. He accused his former wife of being both alcoholic and a drug addict. Sorensen said that Corbett threatened to spread lies about him if they ever divorced. As a character witness, Sorensen offers his current girlfriend, Alana Malik, the two are pictured above outside of the West Wing.

Sorensen also mentioned a story that was covered by WMUR in Maine when a newspaper delivery woman found Corbett’s wedding rings. Sorensen says that Corbett flung them into a snowbank during a fit of rage but told WMUR that they fell off of her finger accidentally. He writes, “Jessica lied to the entire state of Maine about her rings accidentally falling off of her finger, while basking in the attention of being on the evening news.” Corbett told WMUR at the time that she had been adamantly searching for the rings with a metal detector when delivery woman Donna Keeler discovered them.

3. Corbett Has Exhibited an Non Traditional Republican Streak on Twitter

In April 2017, Corbett tweeted that she was “finally tweeting under my name @jessicacorbett. Thanks to the amazing @verified team for helping me out!.” The Washington Post describes the divorce as “uncontested.”

Corbett’s Twitter feed shows support for ousted FBI Director James Comey and the MeToo movement. In response to a tweet from GOP Chairwoman Ronna McDaniel which said that Democrats that received money from Harvey Weinstein should return the money, Corbett wrote, “Are you enjoying the irony or will you return Steve Wynn’s money and practice what you preach?” Other messages show support for Republicans Governor Paul LePage and Senator Rand Paul.

In his statement refuting Corbett’s allegations, Sorensen suggests that her “opposition to President Trump” could be her motivation.

4. Corbett Was a Bridesmaid at Governor Paul LePage’s Daughter’s Wedding

Lauren LePage and her husband, Jordan.

The Post story details that Corbett was a bridesmaid at Paul LePage’s daughter, Lauren’s, wedding. After which, Corbett says Sorensen threw her against a wall leading to Corbett telling her mother that she was having thoughts of suicide. Lauren LePage told the newspaper that she was aware of trouble in Sorensen and Corbett’s relationship, she never witnessed domestic abuse. According to a post on Lauren LePage’s Facebook page, her wedding was held in January 2016 at the Granite Ridge Estate and Barn in Norway, Maine.

5. A Previous Profile on Sorensen Referred to Him as ‘Aggressive’ & ‘Combatitive’

Corbett alleged to the Washington Post that a number of the instances involving Sorensen were alcohol related. Corbett added that she didn’t make a police report because of Sorensen’s political connections in Maine. The Portland Press Herald reported in May 2017 that, “Top LePage adviser to become Trump speechwriter.” That piece mentions that Sorensen attended the University of Maine School of Law and the State University of New York. The article reads that Sorensen “has a reputation as an aggressive and sometimes combative political operative” and that Sorensen is an “avid boater and fisherman.” In their engagement notice, it says that Sorensen is a graduate of Barnstable High School in Barnstable, Massachusetts. 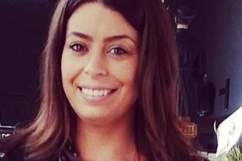 Read More
Breaking News, Politics
wpDiscuz
0
0
Would love your thoughts, please comment.x
()
x
| Reply
Former Donald Trump speechwriter David Sorensen resigned from the White House after his ex-wife accused of him of a litany abuse during their short marriage.