Michael Cohen, President Trump’s personal lawyer, said he paid Stephanie Clifford, the pornographic film actress better known as Stormy Daniels, $130,000 out of his own pocket. The Wall Street journal broke the story in January, but, surprisingly, Cohen admitted it to the New York Times on Tuesday. Clifford has claimed to have an affair with Trump, something Trump and Cohen have denied.

Cohen is believed to be worth $10 million, mostly from investments in taxis and real estate. His early real estate investments were in Trump properties, which is how the two first met.

Cohen is an attorney and spokesperson for President Trump, and was previously Executive Vice President of the Trump Organization and Co-President of Trump Entertainment.

1. He’s Worth About $10 million, Mainly from a Taxi Empire

According to Celebrity Net Worth, Cohen is worth about $10 million. He has a law degree from the Thomas M. Cooley Law School, and though he makes around $731,000 including base pay and bonuses, most of his fortune comes from New York City taxis. He owns more than 15 taxi companies. The taxi medallions for his companies were managed by Gene Friedman, but after a series of lawsuits he is no longer allowed to manage medallions in New York City.

Taxis in New York have hit hard times because of ride sharing services like Uber and Lyft, but Cohen put money into them early enough to make millions.

“He’s been very successful,” said Steve Witkoff, CEO of Witkoff, “I’m sure he got in early.” 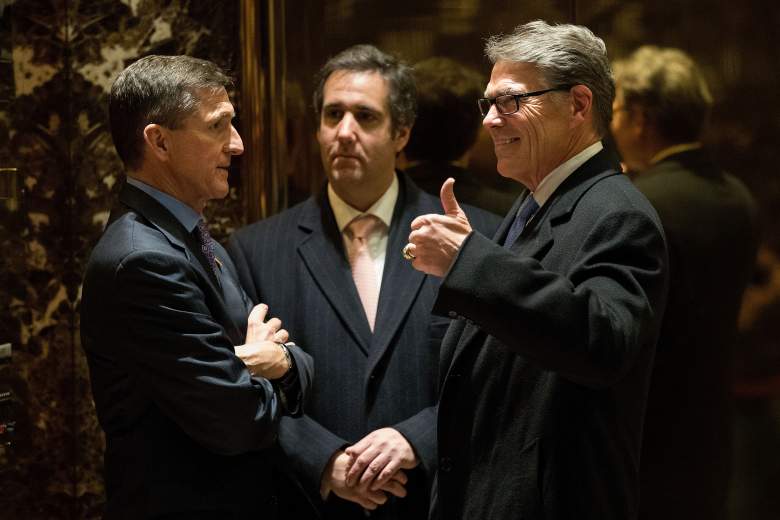 Much of the rest of Cohen’s money comes from investing in real estate, just like Donald Trump. He owns a building called Stonehenge 63, on the Upper East Side of New York City. He bought it for $58 million in 2015. Also in 2015, he sold three rental buildings for a combined $9.25 million, and in 2014 he sold a rental building for $10 million.

Cohen bought a Trump World Tower apartment in 2001. His parents also bought an apartment in the building. Later, he bought space at Trump Palace and Trump Park Avenue. This investment in Trump properties is what drew Donald Trump to Cohen in the first place. He was recommended as an attorney by Donald Trump Jr., who had met him through his apartment investments.

“He has invested in my buildings because he likes to make money – and he does,” Trump told the New York Post in 2007. “In short, he’s a very smart person.”

3. He Paid Clifford Out of His Own Pocket, and Says He Was Not Reimbursed

SCOOP > Michael Cohen, lawyer for Trump, says he paid $130k to Stormy Daniels from his own pocket. Says he told FEC that in response to complaint from Common Cause https://t.co/WuheFcLcbB

Cohen paid Clifford $130,000 in 2016. He says neither the Trump campaign nor the Trump Organization were part of the transaction, and neither reimbursed him for the payment.

“The payment to Ms. Clifford was lawful, and was not a campaign contribution or a campaign expenditure by anyone,” he said in a statement to the New York Times.

The payment was made a few weeks before Election Day. Cohen did not answer questions about whether or not Trump was aware of the payment.

4. He Set Up a Shell Company to Make the Payment to Clifford

The Wall Street Journal first reported Cohen’s payment to Clifford in January 2018. The newspaper detailed how he set up a private company in Delaware because the state doesn’t ask companies to disclose the names of their managers.

Cohen established Essential Consultants LLC on October 17, 2016, then sent the payment to Clifford through a bank account linked to the company. He used a pseudonym for Clifford, calling her Peggy Peterson.

He reportedly paid Clifford, aka Stormy Daniels, to keep quiet about an affair with Trump. The president has denied the affair, while Clifford has not confirmed or denied it.

Now, Stormy Daniels is back on the road. She’ll be making a few appearances at Thee Dollhouse Lounge in Tampa this month.

5. This Isn’t the Only Trump-Related Scandal Cohen Has Been Involved In

Trump's personal attorney Michael Cohen is pitching a book to publishers about the First Family. https://t.co/29RIc53me0

In January 2017, the Trump-Russia dossier was published. It said Cohen had met with Russian officials in Prague in 2016, something Cohen denied.

Also in January 2017, Cohen met with Andrey Artemenko, a Ukrainian opposition politician, and Felix Sater to discuss lifting sanctions against Russia. Cohen’s wife and sister-in-law are both Ukrainian, and Cohen’s name is on two financial companies incorporated in Ukraine in 1998. According to Bloomberg, he and his brother are directors of International Ethanol of Ukraine. To lift sanctions, Russia would withdraw from eastern Ukraine and hold a referendum on whether or not to lease the contested Crimea region to Russia for 50 or 100 years. A written proposal of this deal was given to Cohen, and he delivered it to Michael Flynn, who was National Security Advisor at the time.

In May 2017 Cohen was asked to provide information about communications he had with the Russian government and anyone connected to it.

He has also pitched a book, billed as a “tell all,” about the first family to publishers.