Lamb started the race as an underdog against Saccone in a district that President Donald Trump won by 20 points in 2016. Lamb and Saccone are vying to replace Republican Rep. Tim Murphy, who resigned on October 21, 2017, after it was revealed that he encouraged a woman he was having an affair with to have an abortion, according to the Pittsburgh Post-Gazette. The district is located in Western Pennsylvania and includes parts of Allegheny, Greene, Washington and Westmoreland counties. Murphy ran uncontested in 2016 and 2014 and defeated his Democratic challenger by a 64 to 36 margin in 2012.

Lamb, a 33-year-old lawyer and former assistant U.S. attorney and Marine captain, is ahead of Saccone, a 59-year-old Air Force veteran and longtime state representative, using three different turnout models, according to Monmouth.

Lamb leads 51 to 45, with 3 percent undecided and 1 percent voting for third party candidates, “if turnout yields a Democratic surge similar to voting patterns seen in other special elections over the past year,” Monmouth finds.

A poll by Monmouth last month showed Saccone ahead in all three circumstances. He had a 49 to 46 lead in a surge model, 48 to 44 in a higher turnout model and 50 to 45 in low turnout. The Monmouth Polling Institute explained:

The multiple turnout models used in this poll are similar to Monmouth’s polling for December’s special U.S. Senate election in Alabama. The key difference between the Democratic ‘surge’ model and the standard low turnout model in PA18 is an increase in the districtwide vote share coming from historically Democratic-leaning and competitive precincts. Most of these precincts are located in Allegheny County with some in neighboring Washington County. These precincts typically make up about 19 percent of PA18’s electorate in any given election. The surge adjustment increases that share to 21 percent.

“This district has voted overwhelmingly Republican in recent elections, but a large number of these voters have blue-collar Democratic roots. Lamb seems to have connected with them,” Patrick Murray, director of the independent Monmouth University Polling Institute.

The poll of 503 registered voters was conducted March 8 to 11. It has a margin of error of +/- 5.3 percent. You can see the full results of the poll below:

The new Monmouth poll also found that just 3 percent of likely voters were moved toward supporting Saccone because of Trump’s decision to impose tariffs on foreign steel, while 1 percent said they moved toward voting for Lamb. The poll found 96 percent of voters do not think the tariff announcement will have an impact on the race, while 43 percent say the tariffs will help the local area’s economy and 36 percent believe it will hurt it. Another 8 percent said they think the tariffs will have no impact, while 13 percent are not sure.

“Voters are divided on the potential impact of tariffs. It doesn’t seem that the president’s gambit paid off in this race if that was his intent. But the poll was largely conducted before Trump’s rally Saturday night and we don’t have a clear picture of what impact that might hold. A Saccone victory is still well within the poll’s margin of error, especially if a Democratic surge does not materialize in the Pittsburgh suburbs,” said Murray, who is in charge of the university’s polling institute.

Murray said, “When added to a potential Democratic surge that has been building for weeks, Lamb appears to have picked off enough Republican-leaning voters to take a lead going into this contest’s final weekend. It would mark an extraordinary swing from Trump’s nearly 20 point victory here in 2016 if he could hold on to win.”

The race has drawn national attention. Former Vice President Joe Biden came to the district last Tuesday to campaign for Lamb, while Trump held a rally on Saturday for Saccone. Lamb has outraised Saccone by a 5 to 1 margin, pulling in $3.3 million in contributions to Saccone’s $703,000, but outside groups have spent $9.1 million to boost Saccone’s candidacy, compared to $1.1 million in outside spending for Lamb, according to Politico.

The Cook Political Report recently moved the race to a “toss up,” according to PA Politics.

“What’s made the race so close, many Republicans admit, is that Lamb has simply proven to be a stronger candidate than Saccone,” the report says.

Two other recent polls showed Lamb in the lead, while a third had Saccone up by 3 points. ALl of the polls are near or within the margin of error, and most expect a close race. Here are the other recent poll numbers:

According to its website, RABA, which stands for “Red America, Blue America,” was founded in 2016, and is a “bipartisan group of political professionals who have worked for candidates, issues, organizations, and corporations across the globe.”

The poll group found 48 percent of respondents would vote for Lamb, 44 percent would vote for Saccone and 9 percent are not sure whom they would vote for. The poll has a margin of error of +/- 3.7 percentage points.

The same poll found that 44 percent of respondents approve of Trump’s performance, 48 percent disapprove and 9 percent are not sure.

“That could be a sign that the survey’s sample is a touch too Democratic, and that its likely voter screen might be a bit too tight. But it could also be capturing the very real signs of a Democratic wave — a huge disparity in voter enthusiasm from one party to the other,” TPM wrote.

A Gravis Marketing poll of 911 registered voters was conducted between March 1 to March 5. It found Saccone with a 3-point lead over Lamb. The poll found 45 percent of respondents would vote for Saccone and 42 percent for Lamb, with a margin of error of +/- 3.3 percent. Thirteen percent of likely voters remain undecided.

According to Gravis, a previous poll conducted in February found Saccone with a 46 percent to 40 percent lead, while a January poll had Saccone up 46 percent to 34 percent.

“Saccone is currently pulling 4% of Clinton voters while Lamb is taking 13.1% of Trump voters. Saccone, however, takes 16% of Democrat compared to Lamb’s 12.3% of Republicans. Lamb holds a 46%-27% lead over independent voters,” according to Gravis.

This election has garnered a lot of voting excitement with 56% saying they are very excited to
vote, and 7 percent not excited at all. It’s voter excitement that might put Lamb over the top. When asked about level of excitement among voters about the election, 63 percent of Lamb voters reported being very excited compared to 53 percent of Saccone voters. Lamb voters also are paying more attention to the race, with 47 percent reported paying a lot of attention, compared to 42 percent of Saccone voters. 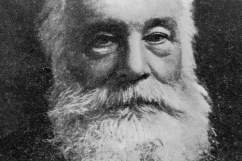