Facebook Brian Hreniuc is the pharmacist at a Walgreens in Peoria, Arizona, who denied Nicole Mone Arteaga a prescription for miscarriage medicine because of his ethical beliefs.

A Walgreens pharmacist in Arizona denied a woman a prescription for a miscarriage medicine over his “ethical beliefs,” the woman wrote in a social media post that has gone viral. Nicole Mone Arteaga said in a Facebook post that Brian Hreniuc refused to give her the medicine she had been prescribed by her doctor to induce a miscarriage after it was discovered her baby’s development had stopped after two months.

She said her doctor had been monitoring her pregnancy weekly after a previous miscarriage and after he found there was no heartbeat, told her she had two options, either surgery or a prescription. She decided on the prescription.

“Last night I went to pick up my medication at my local Walgreens only to be denied the prescription I need. I stood at the mercy of this pharmacist explaining my situation in front of my 7 year old, and five customers standing behind only to be denied because of his ethical beliefs,” Arteaga wrote in the June 22 post. “I get it we all have our beliefs. But what he failed to understand is this isn’t the situation I had hoped for, this isn’t something I wanted. This is something I have zero control over. He has no idea what it’s like to want nothing more than to carry a child to full term and be unable to do so.”

Walgreens said in a statement it is sorry that the incident occurred and said it would be apologizing to Arteaga. “We are looking into the matter to ensure that our patients’ needs are handled properly,” Walgreens said in the statement. Hreniuc has not commented and could not be reached by Heavy.

1. Arteaga Says Hreniuc Sent Her Prescription to Another Walgreens 20 Minutes Away After the ‘Humiliating’ Experience That Left Her in Tears

Nicole Arteaga wrote in her Facebook post, “I hadn’t planned on telling anyone outside our immediate family but two months we were surprised to find out I was pregnant.” But she decided to speak out after her experience on June 21 at the Walgreens in Peoria, Arizona, on West Peoria Avenue.

“If you have gone thru a miscarriage you know the pain and emotional roller it can be. I left Walgreens in tears, ashamed and feeling humiliated by a man who knows nothing of my struggles but feels it is his right to deny medication prescribed to me by my doctor,” she wrote. “I am unsure where Walgreens draws the lines with their pharmacist but does this mean he denies women the right to birth control and morning after pill, and what’s the stance with fertility drugs.”

She told KPHO-TV that the pharmacist, “asks me if I’m pregnant, which I say yes, and he tells me, ‘I’m not giving you this one. I can’t give you this one.'”

Arteaga said that after she walked out of the Walgreens in tears on Thursday night, she received an email notification telling her the pharmacist, Brian Hreniuc, had transferred her prescription to another Walgreens pharmacy across town, about 20 minutes away.

“Yesterday morning I went to my see my Dr for his help in making sure that pharmacist at the second location would give it me. I picked up my prescription from that Walgreens with no problems,” Arteaga wrote. “I called and spoke to store manager who did not seem happy about what had happened. I have contacted Walgreens corporate office. I have filed a complaint with the Arizona Board of Pharmacy. At this time I have done what I can to report the situation. Thank you to those who have shown love and support.” 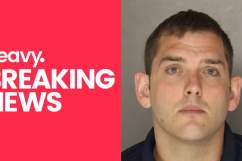 Arizona state law allows pharmacists to deny prescriptions based on moral or religious grounds, according to the Arizona Republic. It is one of only six states to have that law, according to the National Conference of State Legislatures. A challenge to a similar Washington state law was not taken up by the U.S. Supreme Court in 2016.

Walgreens policy also allows for pharmacists to refuse a prescription based on their beliefs.

“To respect the sincerely held beliefs of our pharmacists while at the same time meeting the needs of our patients, our policy allows pharmacists to step away from filling a prescription for which they have a moral objection,” the company said in a statement.

Walgreens said its pharmacists should refer the prescription to another pharmacist or manager, “to meet the patient’s needs in a timely manner.” But Nicole Arteaga told the BBC that Brian Hreniuc did not do that. She said he “could have just passed me on to the lady that was standing next to him,” but didn’t.

She told the Arizona Republic, “His mind was pretty much made up. I tried to explain to him. I have to take this medication because it is an undeveloping fetus inside of me and he still refused, standing there silent and looking at me.”

3. Hreniuc Graduated From the University of Arizona College of Pharmacy in 2014

Brian Hreniuc started working at Walgreens after graduating from the University of Arizona.

Brian Hreniuc graduated from the University of Arizona’s College of Pharmacy in 2014, according to the university’s website. He obtained his license after graduating and started working at Walgreens.

In 2014, Hreniuc co-wrote a research paper on “Consumer Knowledge of Proper Sunscreen Application,” while studying at Arizona. The paper had a goal, “to determine what the general public understands about sunscreen and to see if specific groups need more targeted marketing and education about sunscreen”

Hreniuc, an Arizona native, is married and has a young child. Hreniuc has not commented about the Facebook post or the incident. A call to the Walgreens in Peoria where he works was forwarded to the company’s corporate media department and Hreniuc did not answer a call to a number listed in public records. 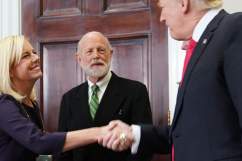 4. Arteaga Says She Doesn’t Want Other Women to Go Through What She Went Through When They Are ‘Vulnerable & Already Suffering’

Arteaga, a 35-year-old teacher who lives in Peoria, wrote on Facebook, “This post isn’t something I generally do, but last night I experienced something no women should ever have to go (through) especially under these circumstances or any other circumstances.”

She added, “I share this story because I wish no other women have to go thru something like this at time when you are vulnerable and already suffering. I am in left in disbelief on how this can happen? How is this okay? I can’t be the only one who has gone (through) this.”

Arteaga told the BBC that Brian Hreniuc, was “very short, not compassionate at all,” during the situation. She told the Arizona Republic, “I couldn’t believe what he was telling me. He has no idea what it’s like to want nothing more than to carry a child to full term and be unable to do so.”

Her husband, J.R. Arteaga, told the newspaper, “He wasn’t compassionate about it. He didn’t seem to care what we were going through already.”

5. Social Media Users Have Called for Walgreens to Fire Hreniuc

.@Walgreens, this woman was subjected to misogynistic cruelty by one of your pharmacists: Brian Hreniuc. Please terminate him stat and issue a statement clearly articulating your support of reproductive choice. https://t.co/AZLPitx7wm

Walgreens is being flooded on social media with comments from customers saying Brian Hreniuc should be fired and telling the company they will not be going there until he is. They are also calling for others to boycott Walgreens.

“Brian Hreniuc should have quietly asked another pharmacist in his location to fill the prescription. Instead he publicly announced that he won’t fill her prescription, violating her privacy and humiliating her. This is unprofessional conduct and he should be fired,” one user wrote on Twitter.

“If this is true, @walgreens, you still need to fire Brian Hreniuc for violating your policy and humiliating a woman trying to fill a legitimately obtained medical prescription instead of simply telling her, ‘Let me get the other pharmacist to help you,’ Ron Hogan wrote on Twitter.

Another user wrote, “Hey @Walgreens! Can you please explain why #BrianHreniuc still has his job?! HE IS A PHARMACIST, NOT A PREACHER! If Walgreens can’t differentiate, I will, by boycotting Walgreens with my patronage and money. My family will NOT be filling future prescriptions until this is solved.”

Another said, “If @Walgreens doesn’t fire pharma Brian Hreniuc from their Peoria, AZ store for refusing to provide meds to a woman having a miscarriage, forcing her to explain the need for the meds in front of her daughter & customers, due to his religious beliefs I’m going to @cvspharmacy.”

Drew Bradford wrote on the Walgreens Facebook page, “Absolutely outraged at the actions of your Pharmacist Brian Hreniuc, in Peoria, Az. My family will refuse to conduct business with Walgreen’s until he is terminated and the policy to allow pharmacists to deny medication to legal customers ends.”

Jesse May Hem added, “Boycotting Walgreens until Brian Hreniuc is fired. He has no right to make medical decisions on behalf of a patient or her doctor. His job is to provide the medication and ensure that the patient knows how to take the medication and what side effects may arise. The pharmacist looks for interactions between medications. A pharmacist cannot prescribe medications because they do not know what is or is not medically necessary. They do not have the credentials and, therefore, should not be allowed to act as a roadblock for medically necessary medications. His personal beliefs do not make a medication less necessary.” 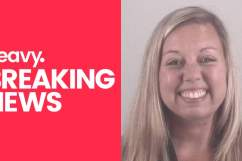