"There was one holdout."

In an exclusive interview on @foxnewsnight, Paul Manafort juror Paula Duncan said Special Counsel Robert Mueller’s team was one holdout juror away from convicting Paul Manafort on all 18 counts of bank and tax fraud. https://t.co/IPeZ46buVL pic.twitter.com/vNMFMBUuiz

As some had speculated, it was one holdout on the Paul Manafort jury that prevented it from convicting the former Donald Trump campaign manager from being found guilty on all 18 counts of tax and bank fraud and money laundering as opposed to the 8 charges he was found guilty of and the remaining 10 that the judge declared a mistrial on.

Juror Paula Duncan told Fox News when asked how close it was to convicting Manafort on all counts, “By one. There was one holdout.” She said the American people deserved to know how close it was. Duncan waived her right to anonymity by going on national news.

Duncan said the holdout juror, a woman, despite the remaining jurors trying to convince her otherwise, refused to agree that Manafort was guilty on the 10 counts; she had reasonable doubt, Duncan said. She added that there were tears, frustration and that the deliberations were at times “emotionally charged.”

The judge declared a mistrial on the 10 counts that jurors were unable to make a decision on.

Manafort, 69, still has a pending case in Washington D.C. slated to begin next month with reported voluminous evidence related to charges of conspiracy to defraud the U.S., failing to register as a foreign agent, money laundering, witness tampering and making false statements.

As part of Special Counsel Robert Mueller’s investigation into Russia’s cyber attack on the US 2016 presidential election and possible Trump camp collusion, the Manafort financial crimes case, some observers say, was to squeeze Manafort to turn on Trump and give up evidence on possible Russian collusion with the Trump camp.

Bankers and bookkeepers related to Manafort’s finances testified for the government. In closing arguments, prosecutor Greg Andes said, “The star witness in this case is the documents.”

Duncan who said she was a Trump supporter admitted she didn’t want Manafort to be guilty, but as a juror, she followed the law and the facts.

“The evidence was overwhelming,” she said. “I did not want Paul Manafort to be guilty but he was and no one is above the law.”

After four days of deliberation, the jury, which was not sequestered, sent a note to Judge T.S. Ellis asking what if they could not come to a consensus on all counts. Ellis, who encouraged the jury to keep working, said that a partial predict was acceptable. A couple of hours later, the jury came back: guilty on eight of the 18 charges.

Manafort did not present a defense at trial.

“We all tried to convince her to look at the paper trail,” Duncan said. “We laid it out in front of her again and again. And she still said she had a reasonable doubt. That’s the way the jury worked. We didn’t want it to be hung so we tried for an extended period of time to convince her but in the end she held out and that’s why we have 10 counts that do not have verdicts.”

Prosecutors said Manafort laundered $30 million, money he made working for government officials and political leaders in Ukraine, via a network of hidden offshore bank accounts back to the U.S. without paying taxes and subsequently obtained $20 million in illegal loans. His lawyers did not call any witnesses.

The case went to the jury Wednesday Aug. 15. It came back after four days of deliberations with its verdict. 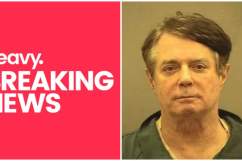