Juan Lopez has been identified as the gunman accused of opening fire at Mercy Hospital in Chicago on Monday, November 19, according to sources cited by CBS Chicago.

Lopez, a 32-year-old Chicago Housing Authority employee, is accused of killing a doctor who was his former fiancee, another hospital employee and a police officer, WLS-TV reports. Chicago Police Superintendent Eddie Johnson confirmed during a news conference at nearby University of Chicago Hospital that four people in total, including the gunman, had been shot.

All four are dead, including the gunman, police said. Chicago Police Officer Samuel Jimenez was rushed to the hospital in critical condition but died from his injuries. The two fatalities were both female staff employees at the hospital. One was an emergency room doctor and the other was a pharmacy resident.

One of the victims has been identified as the former fiancee of the suspected shooter and a doctor at the hospital who was reporting to work for her shift, WLS-TV reports. Chicago police confirmed that the gunman and the woman shot in the parking lot had been involved in a relationship. But Superintendent Johnson did not say the names of the gunman or the two female victims.

Here’s what you need to know about Juan Lopez and the shooting:

1. The Shooting Began as a Domestic Dispute in the Parking Lot of the Hospital, Witnesses Say

The shooting appears to have begun as a domestic situation in the parking lot of Mercy Hospital. At least one witness told WBBM-TV that he saw a man and woman arguing outside the hospital. Chicago Police later revealed that a friend of O’Neal’s tried to intervene in the fight.

Witnesses then saw the suspect, now identified as Juan Lopez, pull out a gun and shoot O’Neal multiple times. After she was on the ground, Lopez reportedly stood over her and shot her at least three more times. The friend ran into the hospital for help as the shooting began.

“We hid for a little while in one of the rooms and barricaded the door.” Witnesses describe scene after gunman reportedly opened fire on the campus of Mercy Hospital in Chicago. pic.twitter.com/5eqdn3ybZf

According to WGN-TV, witnesses heard Lopez demanding O’Neal give him a ring before shooting her when she said she didn’t have it with her. 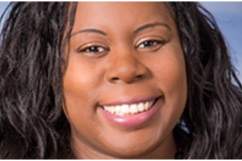 Dr. Tamara O’Neal: A Tribute to the Mercy Hospital Victim

2. The Gunman Exchanged Fire With Officers, Killing Officer Samuel Jimenez; Another Hospital Worker Was Fatally Wounded During the Shootout

"I turned around to my right and I see a man shooting someone on the ground": A man who was waiting for results in Chicago's Mercy Hospital describes seeing the active shooter there pic.twitter.com/79GCK88vG4

Witnesses told local media outlets that they initially heard shots being fired rapidly, as if from an assault weapon. Patients, staff and visitors were told to hide.

“Pow, pow, pow, pow.” Witness described a gunman shooting at police at the Mercy Hospital campus in Chicago on Monday. One victim was shot multiple times and a Chicago police officer was critically wounded. https://t.co/BGuaGqGsJG pic.twitter.com/yaSbVorK2d

A witness shared that he was inside the emergency room when they heard the shooting begin in the parking lot. He said everyone inside rushed to the window, and saw a gunman standing “military style” shooting at the responding officers. Chicago police later confirmed this account during a news conference. Superintendent Johnson said that after shooting O’Neal in the parking lot, the gunman fired at police as they approached in the squad cars.

It's with profound sadness that we share the death of PO Samuel Jimenez from tonight's senseless active shooter incident. Please pray for his family, his fellow officers & the entire #ChicagoPolice Department. Supt Eddie Johnson & @ChicagosMayor will hv a press briefing shortly pic.twitter.com/2onFeyaSDK

The officers chased Lopez into the hospital, and exchanged gunfire. One of those officers was Samuel Jimenez. He was rushed to the University of Chicago hospital in critical condition, but later died from his injuries.

The second hospital worker killed, identified as 25-year-old first-year pharmacy resident Dayna Less, was also shot during the fight inside the hospital.

Chicago police confirmed that Lopez was also fatally shot inside the hospital. The Cook County medical examiner’s office revealed Tuesday that Lopez had been shot in the abdomen, which the coroner ruled had caused his death. Lopez also shot himself in the head, but the medical examiner ruled that the first wound had been a fatal shot. 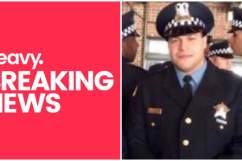 3. Lopez & Dr. O’Neal Were Originally Set to Be Married in October, but the Wedding Was Called Off in September

Juan Lopez and Dr. Tamara O’Neal were scheduled to be married on October 27, 2018. The wedding was called off in September, according to WLS-TV.

“You never know what is going to happen. You get to impact so many people from so many walks of life. You get to save lives,” O’Neal said. “I’m so overwhelmed by so many emotions. I’m so grateful to God, my family and my EM mentors. I know my future is going to be great! By training in the UIC emergency medicine program, I know I’m going to be the best physician I possibly can be.” 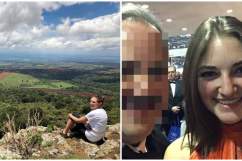 4. Lopez Graduated From DePaul University, Worked as a Housing Program Specialist & Had a Concealed Carry License

Juan Lopez graduated from DePaul University and worked at the Chicago Housing Authority, according to his Facebook page. On his Linkedin profile, Lopez said he worked as a housing program specialist at the housing authority. He started working there in February 2018. Officials with the Chicago Housing Authority did not immediately respond to a request for comment from Heavy.

Lopez was also completing his master’s degree in public service, land use and management/development at DePaul. He graduated from the Chicago university with a degree in public administration in 2013.

According to the Chicago Tribune, Lopez had a concealed carry license. He used a handgun in the shooting.

Lopez reportedly had a history of threatening violence. WLS-TV, citing court records from 2014 and 2015, reported that Lopez’s ex-wife, Monica De Asa, had accused him of making menacing statements in the past. She said he threatened to come to her workplace and “cause trouble,” and that he had threatened several people using a weapon. De Asa was also granted an emergency protection order against Lopez in 2014, before she filed for divorce. The couple had one child. De Asa accused Lopez of keeping a weapon under his pillow, and that this practice posed a danger to their daughter.

The ABC station also confirmed with Chicago Fire that Lopez tried to join the department. He attended the training academy in 2014, but was asked to leave the program after just two months. He was accused of shoving female trainees.

“We were under the desk and all over the floor just waiting. And they locked all the doors and then we started hearing shots inside the hospital as well.” Witness describes shooting on Monday afternoon on the campus of Mercy Hospital. pic.twitter.com/fmwq3ZtljA

Juan Lopez was shot and killed inside the hospital as he exchanged fire with police. Scanner traffic indicated he had been shot in the head. It was not immediately clear whether he had been shot by police or had turned the gun on himself.

For several minutes, it appeared that police did not know where the gunman was inside the hospital. But since he had not been treated for his injuries, it became increasingly apparent that he had died from his wounds. The Chicago Fire Department was the first to confirm via social media that the gunman was dead.

SWAT did a thorough search of the hospital, going room-by-room searching for any additional shooters or victims. Patients, staff and visitors had been told to hide and stay in place while police conducted the search.

Mercy Hospital shared on Twitter at 5:41 p.m. that the scene was secure and that all remaining patients were safe.

READ NEXT: Ex-Judge Who Spent Time in Prison for Domestic Violence Is Accused of Killing His Estranged Wife