Michael Flynn, the former National Security Adviser, has two sons with his wife, Lori Andrade. They are named Matt and Michael Flynn.

Michael G. Flynn, the son, has been embroiled in his father’s controversies and shared his dad’s outspoken Twitter personality. However, the other Flynn son, Matthew, has kept a lower profile. “Mike Flynn Jr. was your standard privileged, right-wing Millennial who enjoyed golfing with his boys and Twitter-bashing Hillary Clinton,” GQ reported in a profile of Michael Flynn Jr. That all changed, of course, when Flynn Sr. was accused of lying to investigators as part of the Robert Mueller probe. He was scheduled for sentencing on December 18, 2018.

1. Michael Flynn’s Son, Also Named Michael, Was CEO of His Organization & Caught Up in His Controversies 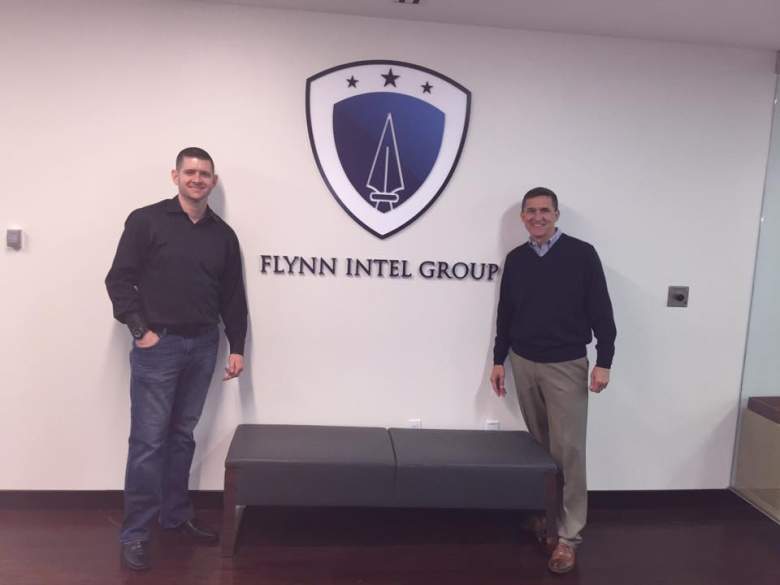 Before he was caught up in legal turmoil, Michael Flynn, the father, headed a lucrative consulting firm with his son, Michael G. Flynn.

Flynn’s son, Michael, was the chief of staff at Flynn Intel Group, according to his Facebook page; his father was CEO of the organization, which says it “provides elite intelligence services and solutions to industry and government worldwide.” The job once paid Michael Flynn, the father, more than $800,000 a year in salary, according to the elder Flynn’s financial reports from his time as National Security Adviser.

According to NBC News, Flynn Jr. came under scrutiny – but was never charged with anything – because of his work with his father’s company. Michael G. Flynn was at his dad’s side in Moscow in 2015 when Flynn Sr. gave a speech for RT, the Russian government network, NBC reports.

He was described as working closely with his father at the company, including as chief of staff.

NBC reported that Flynn’s son, Michael G. Flynn, “who worked closely with his father, accompanied him during the campaign and briefly worked on the presidential transition, could be indicted separately or at the same time as his father” and alleged that “if the elder Flynn is willing to cooperate with investigators in order to help his son, two of the sources said, it could also change his own fate, potentially limiting any legal consequences.” However, Flynn, the elder, then cooperated with federal authorities, and his son was never indicted for anything.

2. Mike Jr., a Former Golf Instructor, & Matt Are the Children of Flynn & His Wife Lori Andrade, Who Was His High School Sweetheart 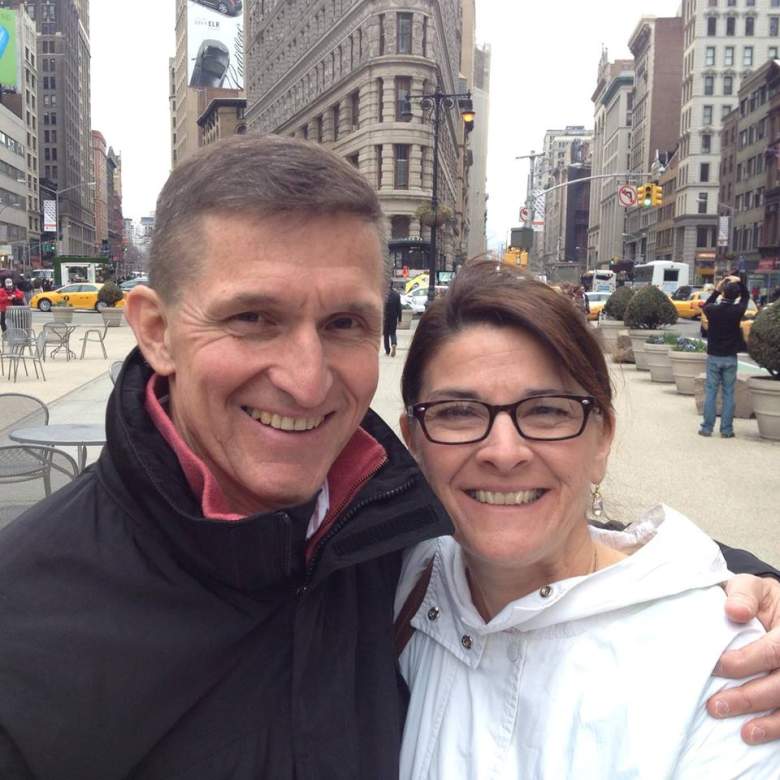 Michael Flynn’s marriage is a long-term one. Flynn “married his high school sweetheart, Lori Andrade,” said the University of Rhode Island. The Flynns have been married for more than 30 years, and Lori’s Facebook page is filled with pictures of her husband and grandchildren. Michael Flynn tweeted that he and his wife were thankful for his siblings’ support, writing: “Lori and I are very grateful to my brother Joe and sister Barbara for creating a fund to help pay my legal defense costs.”

Both Flynn and Lori hail from Middletown, Rhode Island. “Flynn and his wife, Lori, who started dating as high school sophomores, grew up here and have deep family ties in the area,” reported CBS News. The boys grew up on military bases, GQ reports.

Michael and Lori Flynn. They met in high school.

Lori was described as “a pretty girl who played intramural and powder puff sports, was involved in homecoming activities, counted Peter Frampton as her favorite singer, and although she may not have recognized it then, possessed the uncommon temperament to someday be a soldier’s wife,” reported the Providence Journal. “Mike and Lori were established as sweethearts by senior year, when Mike played varsity football, at defensive guard and linebacker.”

Michael Flynn Jr., according to the GQ profile, was described as a “pretty average dude” who used to be a golf instructor. NBC reports that the younger Flynn has “a bachelor’s degree from the University of North Carolina-Charlotte and an associate degree in golf course management. He is married, has one son and lives in Northern Virginia. He worked for a golf company and then a healthcare management firm between 2008 and 2015… He was a registered Republican in Charlotte, N.C., from 2004 to 2008.”

3. Flynn’s Once Described Lori As Playing the Role of Mom & Dad During His Military Deployments

Michael Flynn has sung the praises of his wife, saying that his frequent absences while deployed in the U.S. Military put her in the position of playing mom and dad to the boys.

The university quoted Flynn as saying: “Lori has been a steady presence in the lives of thousands of soldiers and their families during my numerous deployments and has played the role of not only mom, but dad, coach, teacher, and at times, taxi driver for our two sons, Michael and Matt, as well as for hundreds of other children. She’s always willing to volunteer her time for others.”

According to USA Today, Michael and Lori returned to Flynn’s hometown in Rhode Island as controversy swirled. “In recent months, Michael and Lori Flynn have returned to their local haunts. You can find them with Flynn’s brothers and their friends playing rounds of golf at nearby Montaup Country Club or taking in an occasional dinner at 22 Bowen’s, a steakhouse on the wharf in Newport,” the newspaper reported.

What it’s all about right here…

Michael, the son, posted statuses about his father’s media appearances, and he sometimes made political commentary, such as once writing: “Rule of Law officially deteriorating in this country after ‪#‎ClintonEmails‬ announcement….” Michael G. Flynn was as outspoken as his dad, Michael T. Flynn. The younger Flynn caused controversy when he furthered the conspiracy called Pizzagate. He calls himself the proud son of Gen. Flynn on Twitter.

Flynn Jr. fought back against critics, writing on Twitter, “The SJW are out in full this morning….the disappointment on your faces when I don’t go to jail will be worth all your harassment…” According to USA Today, Michael Flynn Jr. “was dismissed from President Trump’s transition team for his promotion of a baseless conspiracy theory that a popular Washington, D.C., pizza parlor had become a front for a sex trafficking ring linked to the Clintons.”

Mike Jr. still posts on Twitter, including thanking the president on the day of his dad’s sentencing and posting disparaging comments about the news media. His pinned quote is from Malcolm X, “The media’s the most powerful entity on Earth. They have the power to make the innocent guilty and to make the guilty innocent, and that’s power. They control the minds of the masses.”

5. Matthew Flynn Has Kept a Much Lower Profile

The Flynns’ second son, Matthew, has kept more off the radar. Matthew Flynn appears less involved in politics and controversy. He mostly posts pictures on Facebook of music concerts and his family.