Rumors of Kim Jong Un’s death flooded Twitter early Saturday morning. The North Korean leader was reported to be in “grave danger” by CNN earlier this week, but North Korea itself has not provided an official update on Kim’s health. Then Reuters reported on Friday that China had sent doctors to North Korea to determine his health status. China is North Korea’s greatest ally. Shortly after this news broke, the hashtag #KIMJUNGUNDEAD began trending globally on Twitter, with people around the world speculating on the world leader’s health status.

Kim’s last public appearance was on April 11. On April 12, he reportedly underwent heart surgery, though this account is under dispute. Now, a Japanese news site is claiming Kim is in a  “vegetative state,” as the result of a stent procedure gone awry. North Korea has not officially acknowledged any of these reports on the Supreme Leader’s health.

Should reports of Kim’s death prove to be true, many will wonder who will replace him as Supreme Leader of North Korea. His sister, Kim Yo Jung, is believed to be a top contender.

#KIMJONGUNDEATH Trends on Twitter, Amid Reports of Vegetative State 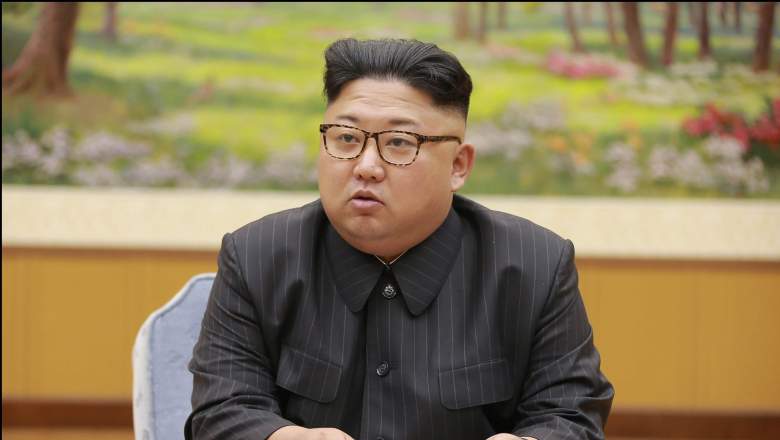 In the past days, various news networks have offered up a host of reports regarding the apparent health condition of Kim Jong Un. CNN reported that Kim was “gravely ill” on April 21, while an MSNBC reporter tweeted apparent news of Kim being brain dead, then deleted that tweet shortly after. She did not provide an explanation for why she deleted the tweet, which had claimed two U.S. officials as sources for the information.

Reuters’ April 24 report provides the most recent and detailed information on Kim’s apparent health. The world news network cited “three people familiar with the situation” for its report that China had dispatched a medical team to North Korea to check in on the Supreme Leader’s health, though Reuters did offer the following concession: “Reuters was unable to immediately determine what the trip by the Chinese team signaled in terms of Kim’s health.”

Though many have speculated that Kim’s health condition could have to do with the coronavirus pandemic, there’s no proof that he has COVID-19.

Earlier this week, Daily NK, a Seoul-based news site, reported that Kim was recovering from an April 12 heart procedure, citing one unnamed source.

However, South Korean officials, as well as President Donald Trump, are among those who have suggested Kim’s health could be perfectly fine. On Thursday, Trump said that he thought “the reports [on Kim] were incorrect,” though he didn’t offer any reason for why he believed the reports to be incorrect, and whether his belief was based off of intelligence or some other form of reasoning.

North Korea is one of the most secretive and isolated countries in the world, and as a result, information on Kim’s overall health has been hard to come by for as long as he’s been in power. It’s not known if he has any preexisting conditions. However, this is not the first time that Kim has disappeared from media coverage for an extended period of time.

In 2014, Kim wasn’t seen in public for a month, then finally appeared with a slight limp. His father, Kim Jong Il, suffered a stroke in 2008. Kim is also known to smoke regularly, and to have gained weight in recent years.