Supporters of the late Jennifer Laude hold up her image during a protest near a Philippine court in Olongapo, north of Manila.

An United States Marine who was convicted of killing a transgender woman has been pardoned and deported back to the United States. According to the Washington Post, Joseph Scott Pemberton has been freed due to good behavior and granted an “absolute and unconditional pardon” by the president of the Philippines, Rodrigo Duerte, after being convicted of the 2014 murder of Jennifer Laude. Pemberton served six years of his 10 year sentence, CNN reported. He was serving his time at the Camp Aguinaldo military prison in Quezon City.

“He wishes he had the words to express the depth of his sorrow and regret,” Pemberton’s lawyer Rowena Garcia-Flores told The Post.

Laude’s mother, Julita Laude, expressed her outrage about Pemberton’s release. She told The Post that Duerte had promised her that Pemberton would not be released from prison while he was in office.

“Ten years in prison is all we are asking. … Ten years!” Laude said. “It’s a short time to pay in jail for the life of my daughter.”

“This is another injustice, not only to Jennifer Laude and family but a grave injustice to the Philippine people,” Suarez said according to BBC News. “This is a travesty of Philippine sovereignty and democracy.”

Pemberton Killed Laude After Discovering She Was Transgender 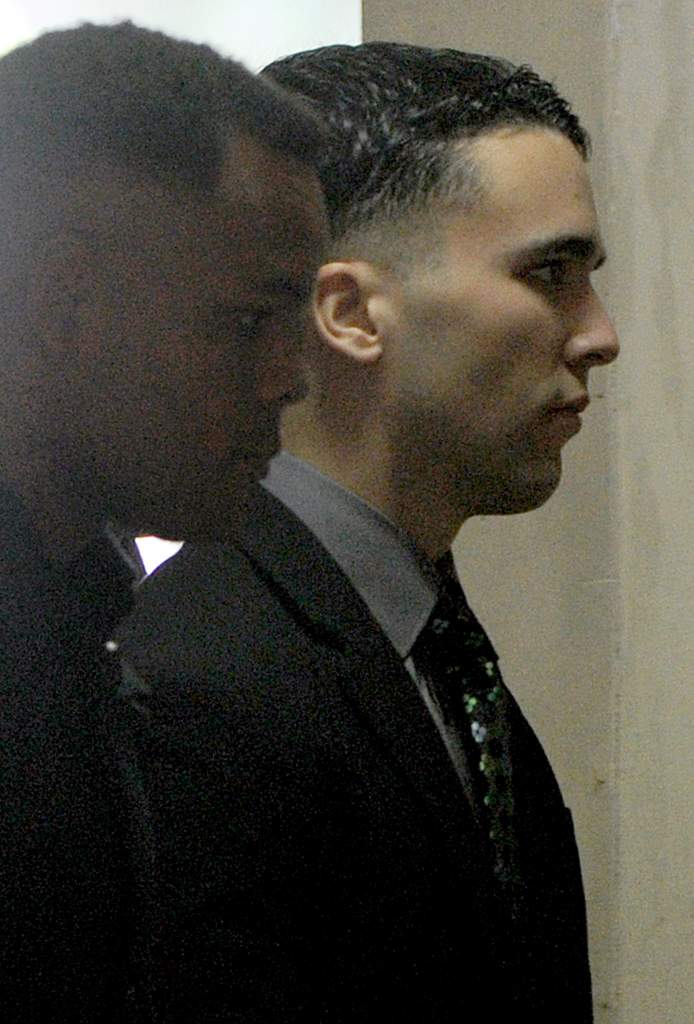 US Marine Private First Class officer Joseph Scott Pemberton (R) enters a court building to face the first day of his trial for the murder of transgender Filipina Jeffrey Laude, in Olongapo City on March 23, 2015.

Pemberton was in the Philippines participating in joint exercises when he met Laude. He was an anti-tank missile man of the 2nd Battalion, 9th Marines of Camp Lejeune in North Carolina, according to USA Today. Pemberton and Laude, 26, met on October 11, 2014 at a local bar in  Olongapo City before leaving and checking into a hotel, CNN reported. Laude’s body was later found after midnight on October 12 with her head over the toilet.

Pemberton, a then 19-year-old from New Bedford, Massachusetts, admitted to choking Laude once he found out that she had male genitals. After he choked her he tried to revive her. The Post reported that Pemberton said he acted in self-defense but that it didn’t stop him from being convicted of homicide and sentenced to six to 12 years in 2015. The sentence was later reduced to 10 years, the Washington Post said. The Laude family also received $95,000.

Pemberton spent his sentence in solitary confinement in a Military camp due to the conditions of the Visiting Forces Agreement, which governs what happens to U.S Military personnel when in the Philippines.

Pemberton’s Pardon Led to Protests & Criticism in the Philippines 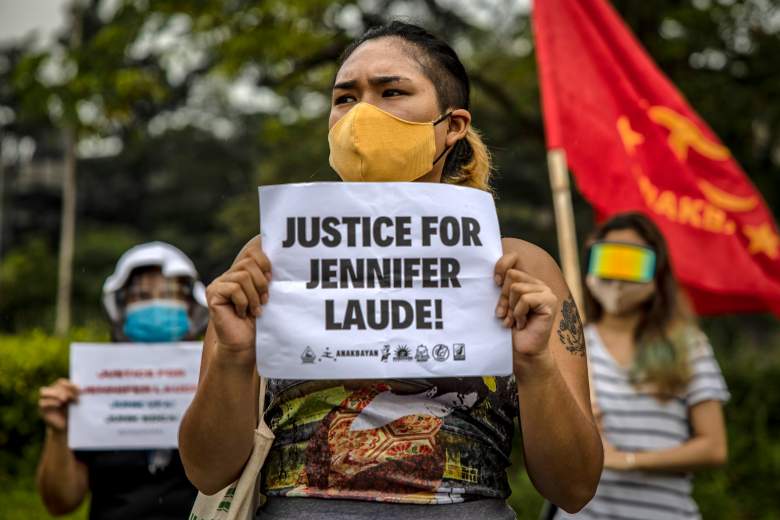 Filipinos wearing face masks and face shields to protect against COVID-19 take part in a protest against the absolute pardon granted to U.S. Marine Joseph Scott Pemberton, who was convicted in 2014 for killing transgender woman Jennifer Laude, on September 12, 2020 in Quezon city, Metro Manila, Philippines.

Laude’s family aren’t the ones unhappy with Pemberton being released from prison early. LGBTQ activists opposed the release of Pemberton and protested when he was granted the pardon. According to ABS-CBN News, protesters gathered at the Olongapo Regional Trial Court in Olongapo City on September 7, 2020 to speak out against his release. Filipino LGBTQ rights group UP Babaylan told BBC News that Pemberton’s release was a “loud and clear message that a Filipino trans woman’s life does not matter.” Karapatan, a human rights group, told the Associated Press that Pemberton’s release was a “despicable and shameless mockery of justice and servility to U.S. imperialist interests.”

The hashtag #JusticeForJenniferLaude was also trending on Twitter after users flooded timelines with tweets condemning Pemberton’s release. The Visiting Forces Agreement was also scrutinized on social media over claims that it allowed Pemberton special treatment while incarcerated.

When Pemberton was convicted, he was placed in a detention facility constructed specially for him, because under the VFA, detention facilities for convicted US troops must conform to US standards. Despite his conviction, Pemberton did not spend a single day inside a PH prison. Never was he placed in a Philippine detention facility. He enjoyed special privileges which are not accorded Filipinos should they commit crimes in the US. It is proof of how unequal RP-US relations are.

Garcia-Flores told the Associated Press that Pemberton will most likely be removed from the Marines because of his conviction.

Pemberton is free and we are again at the losing end again.

The entire incident calls on us to revisit the RP-US VFA and its effects on our sovereignty. We must ensure that there would be no more Pembertons in our land, no more crimes against Filipinos. (Photo from AP). pic.twitter.com/oS2rlxQkIj

Never was he placed in a Philippine detention facility. He enjoyed special privileges which are not accorded Filipinos should they commit crimes in the US. It is proof of how unequal RP-US relations are.

Read More
Crime, LGBT, US Military
U.S Marine Joseph Scott Pemberton has been released from Filipino prison early after being convicted of the 2014 killing of transgender woman Jennifer Laude.