Lisa Lemole Oz has been married to Dr. Mehmet Oz, a heart surgeon and longtime television host, since 1985. They have four adult children: daughters Daphne, Arabella, and Zoe and son Oliver.

The couple has been in the entertainment industry for many years but in late 2021, announced a shift to politics. In November 2021, Dr. Oz revealed he was planning to run for Pennsylvania’s open U.S. Senate seat as a Republican. A few weeks later, Sony Pictures Television announced it was ending The Dr. Oz Show after 13 seasons, the Los Angeles Times reported.

1. The Couple Jokes It Was an ‘Arranged Marriage’ Because They Were Introduced By Their Parents 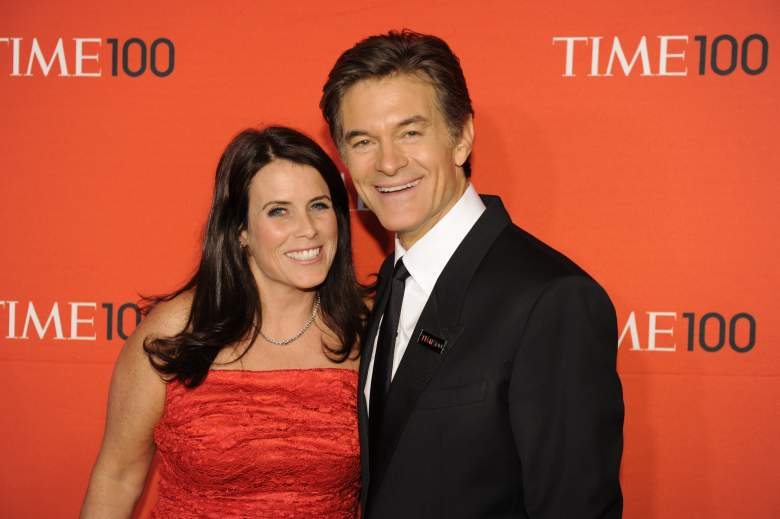 Getty Dr. Mehmet Oz and his wife Lisa attend the Time 100 Gala celebrating the Time 100 issue of the Most Influential People In The World at Lincoln Center on April 24, 2012 in New York.

Lisa Lemole was born and raised in southeastern Pennsylvania. A spokesperson for the Oz family told Insider that Lisa’s family has lived in Bryn Athyn in Montgomery County “for a hundred years.”

However, she also has New York City roots. According to Staten Island Advance, Lisa’s father, Dr. Gerald Lemole, and his siblings all grew up on Staten Island. The newspaper also reported that Dr. Lemole was part of the historical surgical team that performed the first successful heart transplant in the United States.

Lisa earned her undergraduate degree from Bryn Mawr College, according to AAE Speakers. When she was a sophomore, her parents introduced her to Mehmet Oz, who was in medical school at the time. The New York Times reported their fathers were “friendly” with each other.

They met at dinner with their parents. Dr. Oz joked to Yahoo Finance, “It was sort of an arranged marriage” since it was their parents’ idea tp introduce them. However, the connection wasn’t immediate. Lisa Oz told the outlet, “He didn’t speak to me the entire dinner. He spoke to my mom.”

But Dr. Oz said that was intentional. “I also realized, if I get Mom to buy into me as a reasonable suitor, I can get Lisa to come on a date with me.” He later called to ask her on an official date.

2. Dr. Oz Originally Proposed to Lisa With a Tab From an Aluminum Can After They’d Had a Fight

Happy 30th Anniversary to my best friend and amazing wife, @lisajaneoz. I look forward to many more wonderful years! pic.twitter.com/3Y7nY60JIG

Lisa Oz told Yahoo her first official date with Mehmet Oz was “kind of a disaster” because he took her to a steakhouse. She has been a vegetarian since she was 15, the New York Times reported.

Despite the awkward first date, it didn’t take long for the couple to fall in love. Shape magazine reported they dated for about six months before getting engaged.

Dr. Oz explained to Yahoo that the decision to propose to Lisa happened quickly. “We got into a big fight, and I realized I couldn’t live my life without Lisa.” He said he “chased her down the street” and presented her with a tab from an aluminum can he had found on the street. He asked Lisa to marry him and she accepted.

They got married in June 1985. Dr. Oz posted a photo from their wedding day on Twitter to mark their 30th anniversary in 2015. He wrote, “Happy 30th Anniversary to my best friend and amazing wife, @lisajaneoz. I look forward to many more wonderful years!” 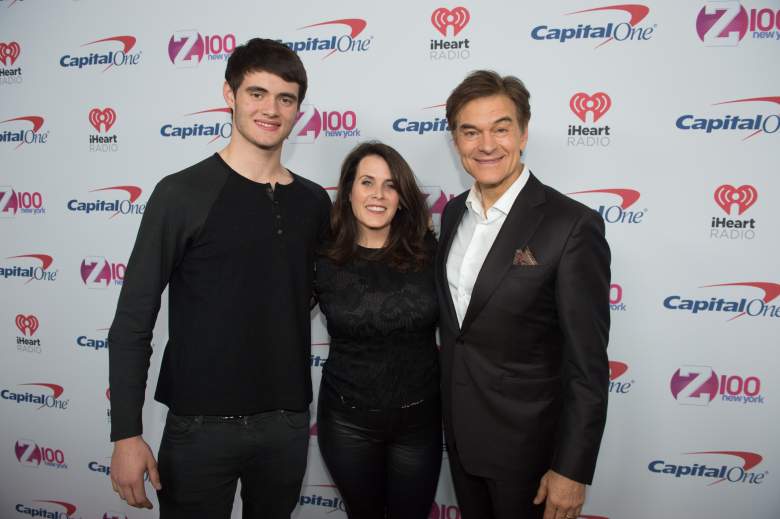 In the 1970s and 1980s, Lisa Oz pursued a career as an actress. According to IMDB, she had a small recurring role in the hit TV series Dallas. She also appeared in movies like Drive-In, Jake’s Way and He’s Not Your Son.

She went on to become a producer, host and bestselling author. In 2013, she hosted a wellness program for Veria Living called The Lisa Oz Show, Variety reported. She had a radio show of the same name that aired on Oprah Radio, as AAE Speakers noted. Lisa’s resume also includes serving as the editor of the “Dr. Oz, The Good Life” magazine, according to Milken Institute.

Lisa Oz published the book “Us: Transforming Ourselves and the Relationships that Matter Most” in 2010, as ABC News reported. She and her husband also collaborated on a cookbook called “The Oz Family Kitchen.”

4. She Encouraged Her Husband to Get in Front of the Camera

In the late 1990s and early 2000s, Dr. Oz started making appearances on networks like ABC and CNN, and on the Oprah Winfrey Show, the New York Times reported.

According to the newspaper, Lisa Oz encouraged her husband to launch his own TV show. She had worked as a movie producer earlier in her career, the Times reported, and she developed a show called Second Opinion With Dr. Oz. The show aired on the Discovery Health Channel for 13 episodes.

Lisa Oz spoke with Prime Women about her decision to focus on helping her husband expand his brand:

One big one was when I decided I was going to stop acting and not even produce my own stuff anymore, and focus on Mehmet’s entertainment career. It was more out of cowardice than anything else. He’s really fearless when it comes to putting himself out there, not at all afraid of judgment, whereas at auditions I’d be racked with fear.

When I started creating shows for him rather than for myself, helping him build his health and wellness brand, which changed the trajectory of his career, it was great. But, on the other hand, it was hard for me, because I never thought of myself as someone in the background. I love being a supportive wife, but I’m now at a point when I want to do my own stuff again.

5. The Couple Owns a Mansion in Cliffside Park, New Jersey

Lisa Oz and her husband have owned property in northern New Jersey for more than two decades. They have a mansion in Cliffside Park, which is located west of Manhattan across the Hudson River.

The couple opened up about their dream home in a People magazine feature in 2020. They bought the hilltop property in 2000; Bergen County property records show they paid $750,000 for it.

They spent two years building the house, People reported. The mansion has six bedrooms, eight bathrooms, a movie theater, wine cellar, gym and half of a basketball court in the basement.

According to the Philadelphia Inquirer, the home measures about 9,000 square feet. The newspaper reported Lisa Oz also owns a “4,000-square-foot home next door.” Property records show she bought the second property in 2008 for $2.5 million.