Jelani “JJ” Day was a 25-year-old graduate student at Illinois State University who disappeared from Bloomington, Illinois, on August 24, 2021. Officials announced September 23 that a body found on September 4 was identified as Day.

In her interview with WGLT, Carmen Bolden Day compared the search for her son to the high-profile case of Gabby Petito, who went missing September 11, 2021, and her boyfriend, Brian Laundrie, returned home from a road trip without her. Day said she does not want fewer resources dedicated to the Petito case, but she wants more resources allocated to find her son.

The family is offering a $25,000 reward for information in the case, and a GoFundMe has been started to raise funds for the family. 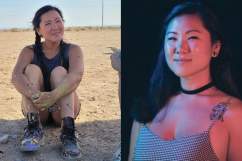 Day Was Last Seen August 24, 2021, Walking Into a Store & His Vehicle Was Found in a Wooded Area; a Body Found September 4 Was Identified as Day

The LaSalle County Coroner’s Office announced September 23 that a body found September 4 had been identified as Day. The statement said the body was identified through dental records and DNA analysis. The cause of death is pending further investigation and toxicology testing, the statement said.

The last known sighting of Day was at 9:12 a.m. on August 24, 2021, when he was captured on surveillance footage entering a retail store called Beyond / Hello in Bloomington, according to the Bloomington Police Department. He had last spoken to his family the previous evening, and he did not attend classes after that August 24 sighting. His family and an Illinois State University faculty member reported him missing, the statement said. Earlier that day, he was seen on surveillance footage at the university’s student center, police said.

On the afternoon of August 26, the Peru Police Department located Day’s white 2010 Chrysler 300 in a wooded area south of the Illinois Valley YMCA, police said. Police said the clothes he was wearing at the retail store were found in his car.

After the vehicle was located, police and fire departments conducted a ground and aerial search with drones and K-9s, the statement said.

“Anyone who has contact with Jelani Day is asked to contact the Bloomington Police Department at (309) 820-8888. If anyone has information about Day is also asked to contact Detective Paul Jones at 309-434-2548 or Pjones@cityblm.org,” the statement said.

Carmen Bolden Day told WGLT that after the then-unidentified body was found September 4, the resources dedicated to her son’s case seemed to have been sapped. She said at the time she had not received any answers about the body that was found, and investigators told the news outlet that they did not have a chemical needed to process DNA after samples were collected from the Day family.

Officials could not answer questions for WGLT at the time about the sex or race of the person that was found, the news outlet reported.

Authorities told WGLT that personnel is dedicated to the Day case, which was still classified as a missing persons investigation at that time.

“Currently, BPD detectives are still sorting through tips, and are still actively investigating the case. Their investigation includes but is not limited to: (1) collecting and analyzing digital evidence, (2) collecting and analyzing physical evidence, (3) locating and interviewing witnesses or potential witnesses, (4) searching for leads or other information that can help with the investigation,” the statement said.

Day’s family issued a statement after the body was identified, saying they were heartbroken and pleading for anyone with information to come forward.

“There are no words to clearly communicate our devastation. We learned this morning from the LaSalle County Coroner the deceased man found in Peru, IL on Saturday, September 4 is Jelani,” the statement said. “Our hearts are broken.”

Loading more stories
wpDiscuz
0
0
Would love your thoughts, please comment.x
()
x
| Reply
Jelani Day, a person missing from Bloomington, Illinois, was a grad student at Illinois State University. Now, his mother, Carmen Bolden Day, is leading the search to find answers after he was found dead.