As the great machinery of college football winds up in early autumn each year, fans generally find themselves counting down the days until the tumult of conference play begin. But this year’s first two weeks treated early-season devotees to several exciting on-field displays. Kenny Hill emerged as Johnny Football reincarnate. Unranked Oklahoma State nearly toppled a frail Florida State. Oregon’s Marcus Mariota led a second-half rally against Michigan State. Texas was again obliterated by BYU. And so on. 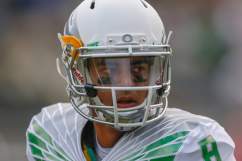 While the third week of college football has most of the AP Top 25 playing unranked opponents, a handful of compelling matchups could mean fireworks. Here are the top three games – and where to watch them – this weekend.
<hr />

A pivotal contest in the battle for the SEC East this Saturday pits a peaking Georgia against an underwhelming South Carolina squad. The Gamecocks, entering the season with three consecutive bowl wins in as many years, hope to put their season-opening 52-28 loss to Kenny Hill’s Aggies behind them. The Bulldogs, rolling from their 45-21 win over Clemson, will head to Columbia, South Carolina as the slight favorite.

Heading into the matchup, the preseason script for each team has morphed. South Carolina entered the first week at number nine in AP’s Top 25. But a failure to handily beat East Carolina following the A&M route has the Gamecocks’ ranking its lowest since September 2010. Meanwhile, the Bulldogs have vaulted to sixth after rushing for 328 yards against Clemson. A win in Columbia would establish Georgia as the SEC East favorite.

But a road victory for coach Mark Richt’s Georgia squad will not come easy. It’s been six years since the Bulldogs have won in South Carolina’s notoriously raucous stadium. And that win was against a weak team that would go on to finish their season 7-6.

Nevertheless, Georgia will feel confident in covering the 3.5 point spread behind the experience of standout running back Todd Gurley and an experienced Hutson Mason under center. (Check out the video above for a glimpse of their offense.)
<hr />

2. Tennessee at No. 4 Oklahoma

The Tennessee Volunteers head to Norman in what will be the first regular season tilt between the two teams. While the Vols possess a justified optimism after victories in their first two games this season, an away game against the Big 12 favorite will be a significant challenge. The question marks for Tennessee notwithstanding, the matchup gives them the opportunity to play spoiler to Oklahoma’s expected appearance in the inaugural College Football Playoff in January. 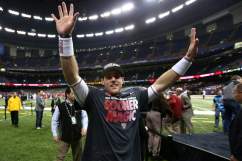 Last year, the Sooners’ defense led the Big 12 in first downs, passing yards allowed and yards allowed while finishing second in sacks, third down conversion percentage and points allowed. Facing such a defense this Saturday, the Vols would have hoped to manage more than 3.3 yards per carry against the weak front sevens of Utah State and Arkansas State. Tennessee coach Butch Jones will have to rely on the arm of senior quarterback Justin Worley if his squad is to beat the 21-point spread.
<hr />

A nine-point spread between the two teams has the casual fan understandably skeptical of UCF’s chances. But to think UCF will not contend against Mizzou would be a mistake. The UCF Knights overcame the largest point spread in BCS history (17 points) only eight months ago in their 52-42 defeat of Baylor in the Fiesta Bowl.

UCF cynics will insist that January’s historic defeat of Baylor – and the success of the Knights’ entire 2013 season – was made possible only by quarterback Blake Bortles. Bortles, a backup with the Jacksonville Jaguars after an impressive NFL preseason, did play a pivotal role in UCF’s one-loss season last year. And, to be sure, Bortles’ early departure is a significant loss. But Knights coach George O’Leary has ten players returning on defense to protect sophomore quarterback Justin Holman.

After their impressive 12-2 season last year, this matchup is crucial for Missouri to put their 2012 SEC-debut season (5-7) behind them and prove that they are a legitimate threat in the SEC gauntlet.