Georgia’s Nick Chubb dives in for a touchdown past Tennessee’s Brian Randolph. (Getty)

Saturday’s game against Tennessee wasn’t the rout many Georgia fans hoped for. But after falling behind early and getting a couple of late scares, the 12th-ranked Dawgs held on for a 35-32 win.

When Jalen Hurd scored on a 1-yard touchdown run with 5:04 left in the first quarter, the underdog Vols had a 10-0 lead and the crowd in Athens was silent.

But the Dawgs responded by scoring the next three touchdowns: A 3-yard run by Hutson Mason with 1:07 left in the first quarter; a 1-yard Todd Gurley run with 8:45 left in the second quarter; and a 20-yard pass from Mason to Nick Chubb with 1:17 left (shown in the video above) that made it 21-10 Georgia.

Gurley showed why he’s on a short list of the most dynamic players in the country when he took it to the house from 51 yards out to extend the Dawgs’ lead to 28-17 with 9:31 left in the game.

The Heisman candidate also showed some leaping ability on this hurdle.

The Vols twice cut the Georgia lead to 3 points in the fourth quarter. Justin Worley hit Pig Howard for a 31-yard touchdown strike that made it 28-23 with 8:07 left in the game, and the Vols made it 28-25 when Worley connected with Daniel Helm for the 2-point conversion.

After the Dawgs made it 35-25 when Hurd fumbled and Geo Dawson recovered for a touchdown, Worley led the Vols on another scoring drive, bringing Tennessee to within 35-32 when he hit Marquez North in the back of the endzone from 6 yards out. But the Vols’ onside kick on the ensuing kickoff was unsuccessful, and the Dawgs held on for the win. 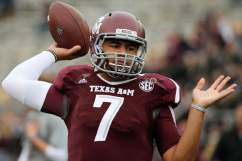 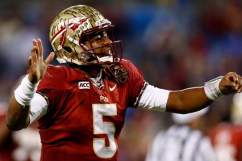