The site of Ray Lewis — who was arrested in 2000 in connection with a double homicide — talking about Ray Rice’s domestic violence case on ESPN has been awkward from day one.

Lewis was addressing an ESPN Outside the Lines report that Ravens management engaged in “purposeful misdirection” after learning of Rice’s arrest in February.

ESPN tweeted out a longer video clip that you can watch here:

That the comments were dripping with irony didn’t seem to occur to the former All Pro, who mentored Rice when the two were teammates in Baltimore.

Lewis’ name was trending on Twitter shortly after making the comments, with no shortage of people chiming on the eery video clip.

I just think it is odd that Ray Lewis is talking about covering up crimes on an NFL pre game show. Does anyone else?

Ray Lewis really doesnt have the right to talk about the Ray Rice situation. Remember when he killed that guy?

Would love to be in the room if/when a producer explains to Ray Lewis he should avoid saying things like that. 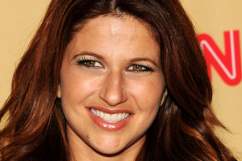