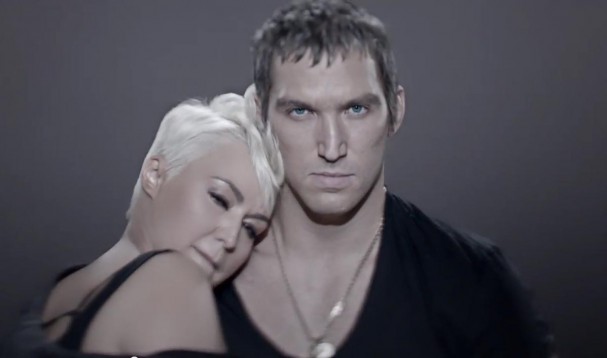 1. Alexander Ovechkin Is Very Good At Glaring Into A Camera

It’s unclear as to why Ovechkin needed to put on a helmet while shooting pucks at the end of the video, but one things for certain, his ability to glare into a camera would make Zoolander jealous.

2. Katya Lel And Ovechkin Have Been Friends For A Long Time

The two first met in 2008 after Russia’s World Championship victory and remained friends, catching up whenever the NHL player was back in Russia during the off season.  Last September on her 39th birthday, Ovechkin told her he wanted to be the star of her next music video.  His dreams came true this summer and the two teamed up to create the video for her newest single “Let Them Talk.”

Katya told reporters, “Alex literally melted into my arm.” and “imagine how many women will be jealous after watching the clip. And how many will be willing to be in my place.”

This summer Ovechkin was allegedly dumped by his fiance, tennis pro Maria Kirilenko, because of an instagram photo posted by his friend, Vitaly Fridzon.  The photo shows Ovechkin enjoying a helicopter ride with Russian gymnast Karolina Sevastianova. 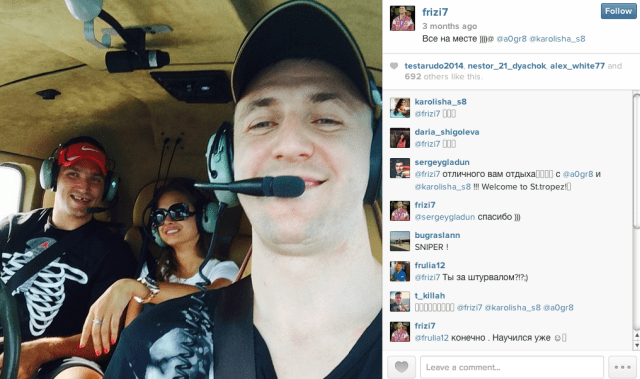 In a video interview posted by Express Gazeta, Ovechkin answered questions about the video shoot, but was clearly uncomfortable when asked any questions about his personal life or his libido.

Tell us, you are such an eligible bachelor, when are you looking to have your wedding?
AO: I need to find [the right girl] first, and then you can talk about it.

But you do have a girlfriend?
AO: No comment.

And why did you break up with the last one?
AO: No comment.

So, do you find Katya attractive? I mean, if she didn’t have a husband, would you be able to build a relationship with her?
AO: Why do you ask such provocative questions?

What do you mean? It’s a normal question.
AO: You shouldn’t ask questions like this.

There are lots of people who are calling this music video featuring Alexander Ovechkin bizarre and even creepy. However, those people have probably never seen a Russian music video before. The awkwardness in this video Katya is pretty standard in terms of the kind of videos in heavy rotation on MTV Russia. It’s also less weird than his last music video, where he became a rapper.