The 2014-15 NHL season begins on Wednesday. Here are five things you should know as a new year starts and a new quest for the Stanley Cup kicks off.

1. The Teams That Usually Win Are Still Favored to Win

According to Vegas Insider, the Chicago Blackhawks’s have 6-1 odds at winning the Stanley Cup this year. Considering they’ve lifted the Cup twice over the past five years and the team’s roster remains relatively intact, that’s a pretty safe bet.

Not far behind Chicago are the Los Angeles Kings at 15-2. They’re the only other team to win the Stanley Cup twice since 2010 and like Chicago, haven’t had much change to their roster. The Boston Bruins are the only team to break the Kings/Blackhawksparty by winning the Cup in 2011.  Vegas ranks them third with 8-1 odds to win.  After the top three, the rankings get really close without much difference between teams in the middle of the pack.

2. There Are 6 Teams Starting the Season With a New Head Coach 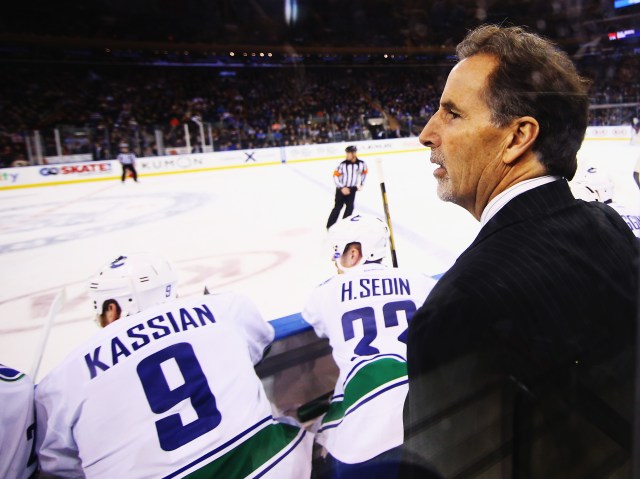 After the Florida Panthers missed the playoffs for the second year in a row, they hired former player and assistant coach of the Montreal Canadiens, Gerard Gallant. Similarly, the Carolina Hurricanes hired Bill Peters, who most recently worked as an assistant coach for the Detroit Red Wings. Both teams are putting all their trust into first time head coaches, but for smaller markets like Carolina and Florida, no one’s really paying attention to either of these teams so there’s not much to lose.

The Philadelphia Flyers fired Peter Laviolette at the start of the 2013 season, but he wasn’t unemployed for long, the Nashville Predators hired Laviolette this year after firing BarryTrotz. Proving that in the NHL, one team’s trash truly can become another team’s treasure, the Washington Capitals scooped Trotz out of the unemployment line and made him the third head coach since 2011 blessed with the task of figuring out what to do with Alexander Ovechkin.

The Pittsburgh Penguins fired Dan Bylsma, the coach that got them to the finals twice, won them a Cup and who brought the team to the playoffs every year despite having his star player, Sidney Crosby, out for most of the season due to a concussion. Should be interesting to see how the team changes under new head coach, Mike Johnston. Last, but not least, the Vancouver Canucks fired John Tortorella at the end of last season. Clearly, Tortorella was too New York to fit in with a West Coast Canadian team after spending four seasons with the Rangers. First time NHL coach, Willie Desjardins, will now try to bring Vancouver their first Stanley Cup in history.

3. There Are Only 2 Outdoor Games This Season

After having six outdoor games, the NHL decided to scale things back a bit and only have two this year.  The first outdoor game is the Winter Classic on New Year’s Day, then on Feb. 21, the San Jose Sharks will host the LA Kings at Levi’s Stadium in Santa Clara, Calif.  This year the Washington Capitals will host the Chicago Blackhawks at Nationals Park. Both teams have already participated in a Winter Classic game, but this will be the first time D.C. gets to host the event. Most importantly, this means we’ll get to see both these teams up close on HBO’s 24/7 series leading up to the game. We can only hope the Caps locker room is still “beating that beat up” after a win.

In the past, it seemed like the only players anyone (including the media) knew existed were Sidney Crosby and Alex Ovechkin.  Due to injuries (Crosby) and lackluster performance (Ovechkin), there’s been plenty of opportunity for other players to step into the spotlight and provide ESPN with some top 10 worthy highlights they could squeeze in between endless clips of NBA dunks. Keep your eyes on guys like Claude Giroux (Philadelphia Flyers), Tyler Seguin (Dallas Stars), Logan Couture (San Jose Sharks) and Patrick Kane (Chicago Blackhawks).

5. You Don’t Have to Buy the NHL Package to Watch the Best Games 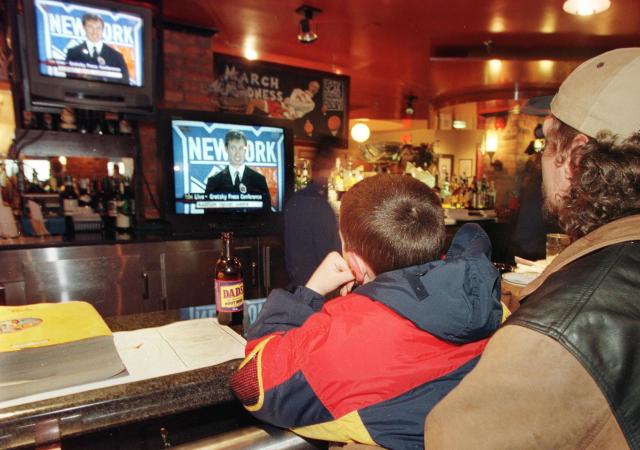 NBC Sports will air 103 regular-season games, kicking things off with the Boston Bruins’ home opener against the Philadelphia Flyers on Oct. 8. They’re Eastern Conference rivals and both teams have something to prove after making early playoff exits last season. Then at 10:30 p.m. ET the defending-champion Los Angeles Kings will raise the championship flag and take part in the ring ceremony before the puck drops against the Sharks.