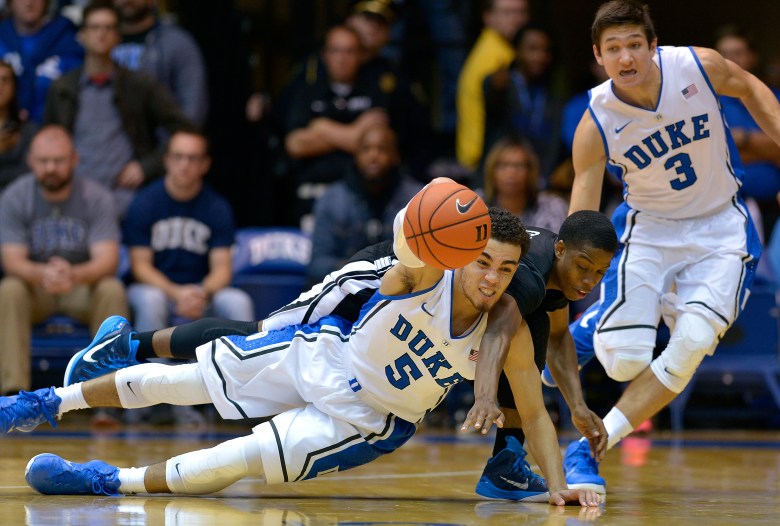 The Atlantic Coast Conference opens its door to another basketball powerhouse this year after bringing in the Syracuse Orange in 2013.

Say “Hello” to another Hall of Fame head coach in Rick Pitino and his Louisville Cardinals.

After a “down” year for the ACC – by its standards – in where only one school made the Elite Eight of last year’s national basketball tournament, the conference will look to confirm to the experts that call it the best league in the country.

There is plenty to talk about when it comes to the conference that has four teams ranked in the 2014-2015 preseason rankings, but we’re going to limit the conversation to six of the biggest questions surrounding the conference and what to keep an eye on this upcoming season.

1. How Will Louisville Adjust to the Weekly Grind of the ACC? 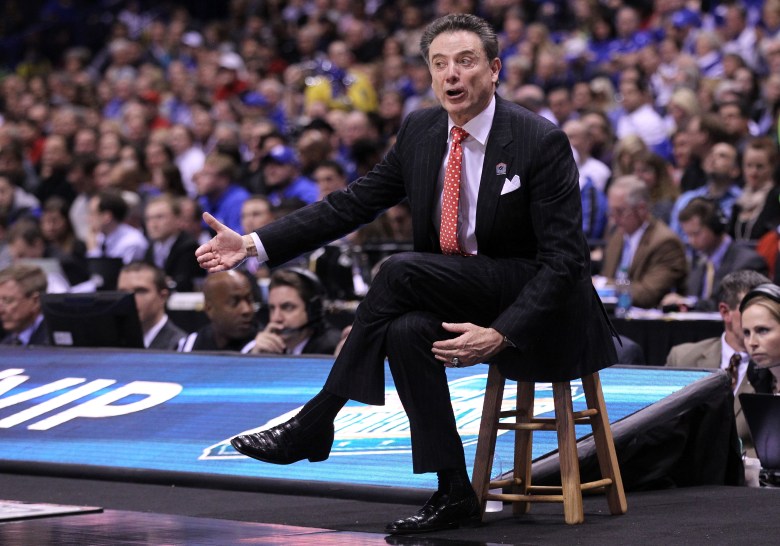 According to warrennolan.com, Louisville played the 50th most difficult schedule last year and went 15-3 in the American Athletic Conference. They won the conference, beating the future National Champion Connecticut Huskies in the championship game before having their season ended in dramatic fashion to their in-state rival Kentucky Wildcats.

The ACC is a whole new ballgame however and it showed last year when Louisville lost to North Carolina in their only ACC non-conference game. Louisville was handled rather easily in a 93-84 loss to the Tar Heels in an early Naismith Hall of Fame Tip-Off tournament.

Coach Pitino brings his 341-117 record as coach of the Cardinals in to the ACC, along with a few key staples from last year’s team. Pitino will lean on the senior leadership of point guard Chris Jones and junior forward Montrezl Harrell, who was named to the Preseason All-ACC team and is projected to be a future lottery pick in the NBA after this season.

It’ll be interesting to see if Pitino’s Cardinals can make adjustments to the demands of the ACC and playing a quality opponent game in and game out. 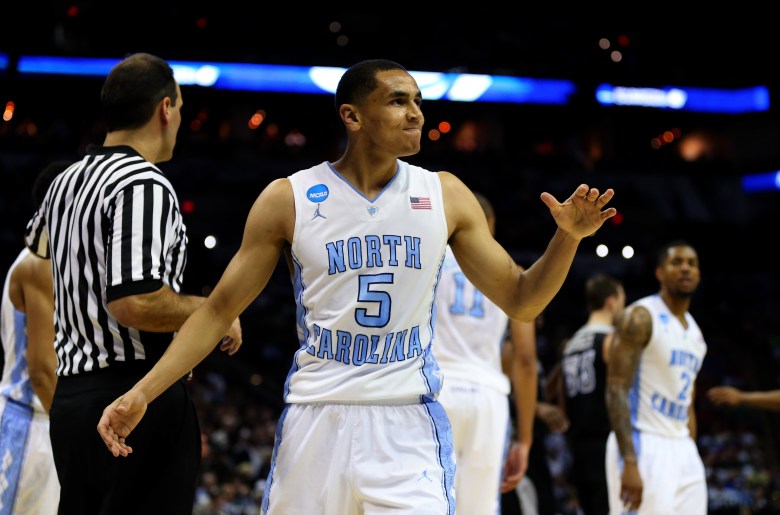 It’s too bad the talk around the University of North Carolina can’t be about basketball these days, because they sure do have a good team. Last year it was the P.J. Hairston fiasco as the embattled shooting guard was in the news prior to last season for the all the wrong reasons and was suspended before eventually dropping out.

This year it’s been all about the academic fraud investigation plaguing the institution and has even spewed in to the athletic department, most notably the basketball team. You can read more about the scandal here, but one of the takeaways from the investigation is how it has affected head coach Roy Williams.

Per an ESPN article, Roy was quoted as saying, “It hurts. I’m extremely disappointed and extremely sad because this is my school. This is dominating my time, my life and my thoughts.” After Hairston’s immature decisions of 2013 and now the bad reputation associated with the academic investigation, a lot is weighing on the 64-year old Williams.

What is the quickest way to silence negative distractions for a basketball coach?

Williams returns junior guard Marcus Paige, who was named to the preseason All-ACC team as well as the preseason All-American team. He, along with a slew of talented freshman, and three capable big men, coach Williams can silence a lot of hecklers by returning to basketball prominence.

But what if the boys from Chapel Hill don’t win?

You can bet those Cameron Crazies and visiting fans all over the country will let the Tar Heels hear it when they enter their gym.

3. How Successful Will Buzz Williams Be in His 1st Season at Virginia Tech? 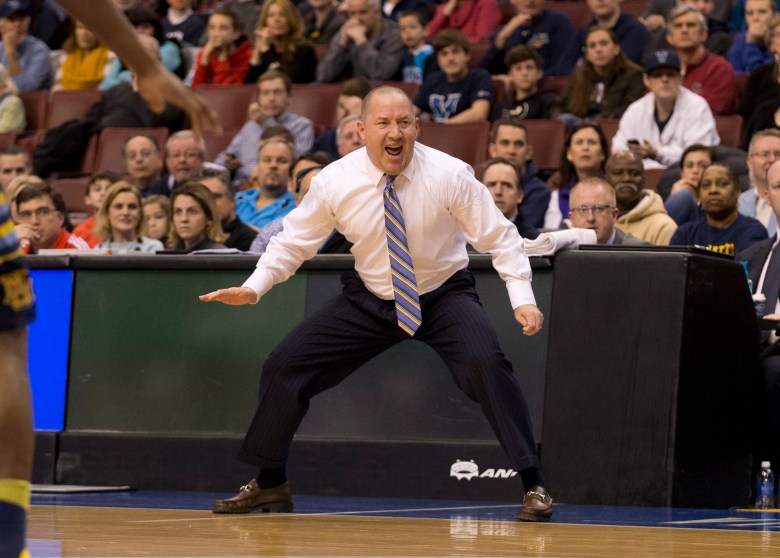 Other than Louisville joining the ACC, Buzz Williams leaving Marquette for Virginia Tech was the biggest news of the offseason within the conference.

Williams brings a reputable resume with him and carries his 153-86 record, mainly as coach of Marquette, with him to the ACC. It was a surprising move as Buzz had built a solid program that contended in the Big East year after year despite limited resources compared to the top schools in the country.

Per SI.com, Virginia Tech’s basketball expenses topped out at 5.4 million in 2012-2013. In that same scope, Marquette’s expenses were nearly doubled that amount. More expenses, more resources and more facilities will usually lead to better recruits and more W’s in the college basketball world.

Virginia Tech’s NCAA tournament history is microscopic compared to its counterparts in the ACC. They’ve been to the “Dance” only once since 1996 and that was in 2007 under Seth Greenberg. Safe to say, this school doesn’t pride itself on its basketball success like they do on the gridiron.

Anyone who has watched Buzz Williams at Marquette knows he’s a hard working coach, as he’s usually soaked in perspiration by halftime working the sidelines and barking commands from well outside the coach’s box. It’ll take a while for his system to get in place and the recruits to come to Blacksburg, Virginia, but eventually he’ll get the Hokies back contending within the ACC.

4. Can Jahlil Okafor Give Duke the Inside Presence the Blue Devils Have Been Missing?

If you want to find where Duke ranked in terms of team rebounds in 2013-2014 on ESPN.com, you have to go to page 5 and scroll to the bottom, tied for 187th at 34.5 rebounds per game. That is unlike a Coach K team built around fundamentals and shooting.

Duke’s season couldn’t have ended worse. They were bounced from the ACC tournament by the eventual champions Virginia Cavaliers and then lost in embarrassing fashion to the far superior Mercer Bears in the NCAA tournament. In the short time after that game, Duke big men Jabari Parker and Rodney Hood declared for the NBA draft and the majority of the Blue Devil’s scoring had just left campus early.

It’s been a long, LONG time since Duke had a big man of this caliber. You may have to go back to the days of Elton Brand or Carlos Boozer to find a big man roaming the paint, altering shots, wiping the backboards and getting easy buckets for his team. Okafor will be heavily leaned on as this Duke team is young and is expected to play two or more freshman at different times.

Mike Krzyzewski may be getting up there in age, but not many are as good at recruiting and development of basketball players as him.

5. Syracuse Lost a TON of Talent to the NBA Draft. Are the Orange in Rebuilding Mode? 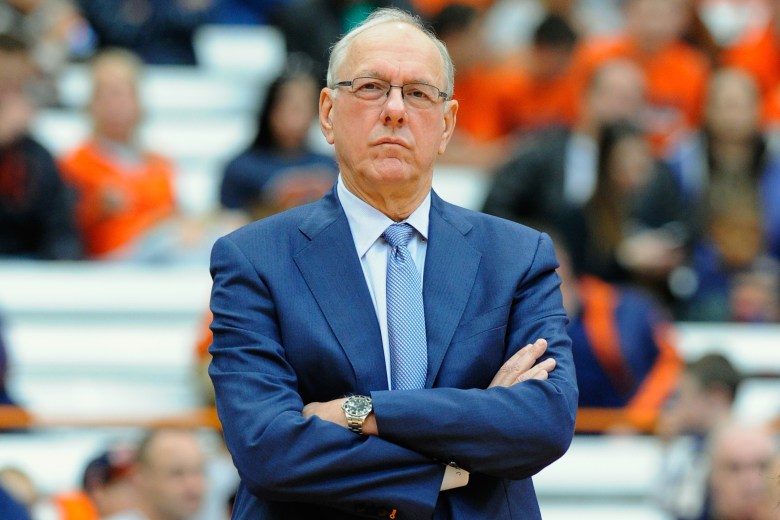 This is an easy answer. Yes, Syracuse is in rebuilding mode. Not because they want to, but more because Jim Boeheim and company are forced to. When you lose the talent Syracuse lost in point guard Tyler Ennis, guard C.J. Fair and forward Jerami Grant in May to the NBA draft, you aren’t going to be ready to contend come the following November.

Syracuse did well in its first year of ACC play, going 28-6 overall and 14-4 within the conference, having epic battles with Duke twice and NC State in the process. So they got their feet wet in their inaugural season in the ACC, but this season won’t come as easy as their opponents will smell blood at the inexperience the Cuse runs it out on the floor each game.

Rivals.com has coach Boeheim pulling in the 24th ranked recruiting class and both stars he brought to Upstate New York will have to play immediately. Guard Kaleb Joseph and forward Chris McCullough will be forced to grow quickly in Boeheim’s zone and lift some of the heavy load on the offensive end as well.

They just played their first exhibition of the preseason against Carleton University and narrowly escaped with a 76-68 win. But the underlying issue despite the win was the struggles of shooting guard Trevor Cooney (0-6 FG). Cooney struggled mightily at times last season and when he did, Syracuse tended to lose games. He’s known mainly for his perimeter shooting, but Cooney will have to find other ways to score with teams focusing to take away his expertise from 3-point territory.

No one really ever knows how freshman will react when they come to college, are put on the biggest stage and go up against quality opponents’ game after game in the ACC. But if Syracuse doesn’t get a lot of help from their incoming freshman, they may be in for a long year now that the coaches of the ACC have seen the vaunted zone the Orange displays every game.

6. Can Virginia Prove 2013-2014 Was No fluke With Another Successful ACC Season? 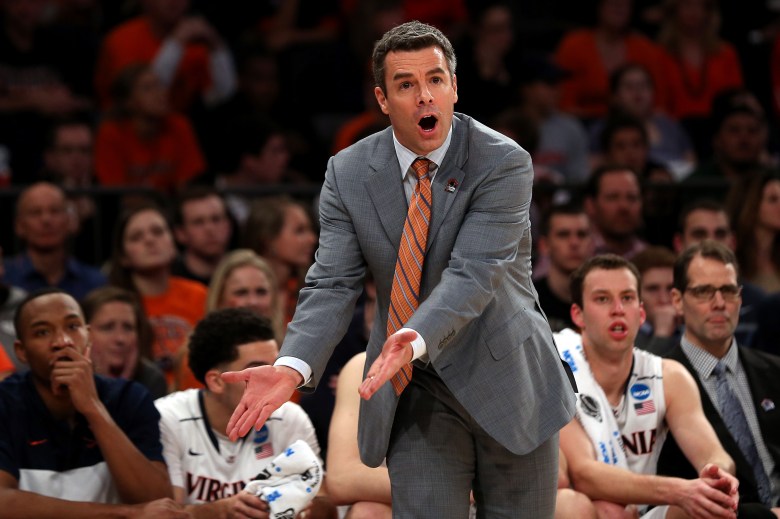 The Virginia Cavaliers were the best story of the 2013 ACC season hands down. They went 30-7 overall, 16-2 in the conference, won the ACC tournament and did it all against the 21st toughest schedule in the land. They captured their first ACC tournament since 1976 and Tony Bennett took his team to the Sweet 16 of the NCAA March Madness before falling at the very end to Michigan State.

Bennett returns a slew of players that contributed to that Sweet 16 run and ACC Championship a year ago, but lost two valuable leaders in Joe Harris and Akil Mitchell. Who steps up for the Cavaliers in the absence of those two departing leaders will tell us if Virginia can repeat their 2013 breakout performance.

Harris was a do-it-all type player who could defend, rebound and score when the Cavaliers needed a bucket so his presence will clearly be missed. But returning ACC Sixth Man of the Year Justin Anderson should boast a team filled with confidence off a successful season.

Tony Bennett’s recruiting class and players aren’t going to turn heads the way Louisville, Duke or North Carolina’s might, but that doesn’t bother them. Look for Virginia to control tempo and play lock down defense as they were the number one scoring defense in the nation last year.

They may not win 30 games again or the ACC title, but they’ll be there again in March ready to contend for a second straight year. 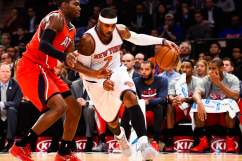 The Triangle Offense: 5 Facts You Need to Know