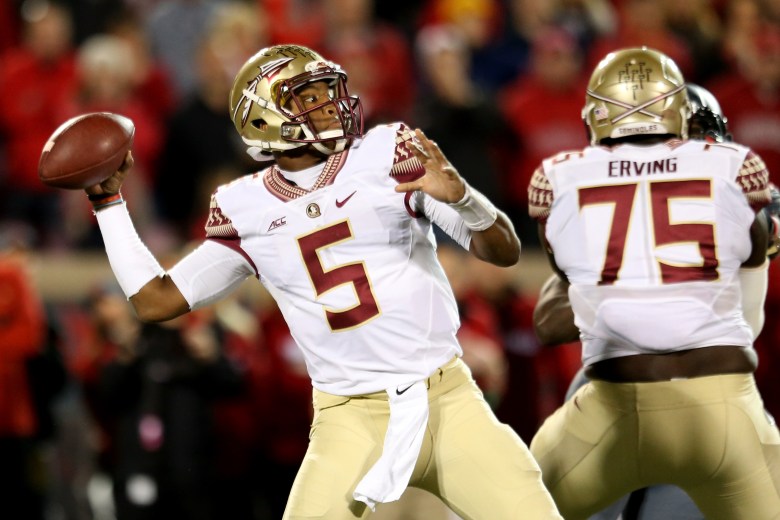 Florida State survived another scare and rallied from down 16-0 and 23-7 to beat the rival Miami Hurricanes 30-26. A fourth quarter rally lead by Jameis Winston, Dalvin Cook and a defense that did a complete 180 from its performance earlier in the game extended the streak to 26 straight victories and kept the Seminoles undefeated on the season.

The true freshman (and former Hurricane and Gator recruit) scored two touchdowns and has saved the Seminoles in their two biggest comebacks this season. Cook finished with seven carries for 92 yards, and overcame a big fumble earlier in the game.

Because it wouldn’t be a Florida State-Miami game without missed kicks. Typically it has been Florida State on the “Wide Right” end, but this time it was the Hurricanes. First it was a blocked extra point and then later in the half it was a shanked field goal that wound up stinging the Hurricanes. Those four points loomed large as the Noles reeled in a four-point victory. 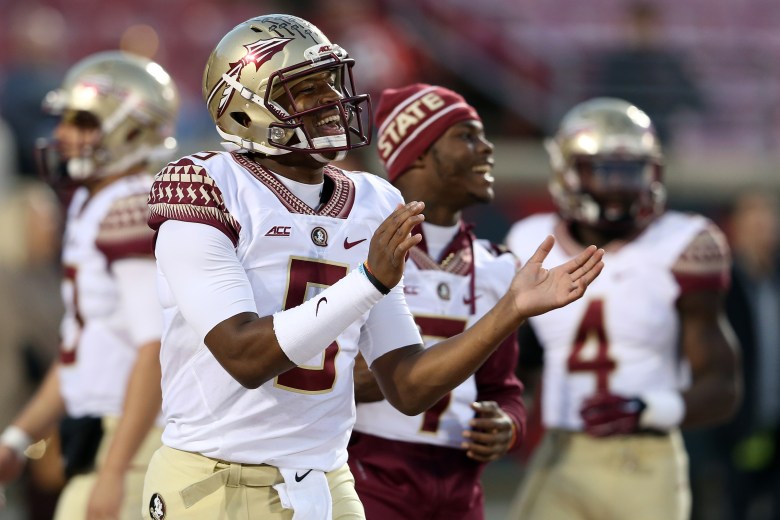 Another sub-par first half for the reigning Heisman Trophy winner, and then the switch was flipped and Winston was nearly flawless in the second half. The embattled QB went 25-for-42 for 304 yards, and added one touchdown and interception each. 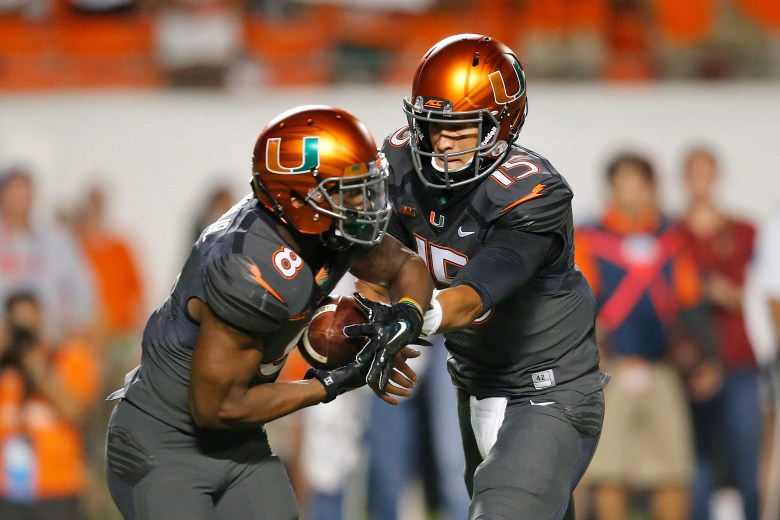 Led by Duke Johnson (26 carries, 127 yards), Miami attacked the weakness of the Florida State defense: its inability to stop the run. The Canes totaled 177 yards, but weren’t able to establish it enough in the second half to hold off the Seminole rally.

What should have turned into a fourth down turned into a circus-catch touchdown when Williams snagged a tipped ball and took it to the house to cut Miami’s lead to 23-17 with 4:19 to play in the third quarter.


Brad Kaaya Made a Name For Himself 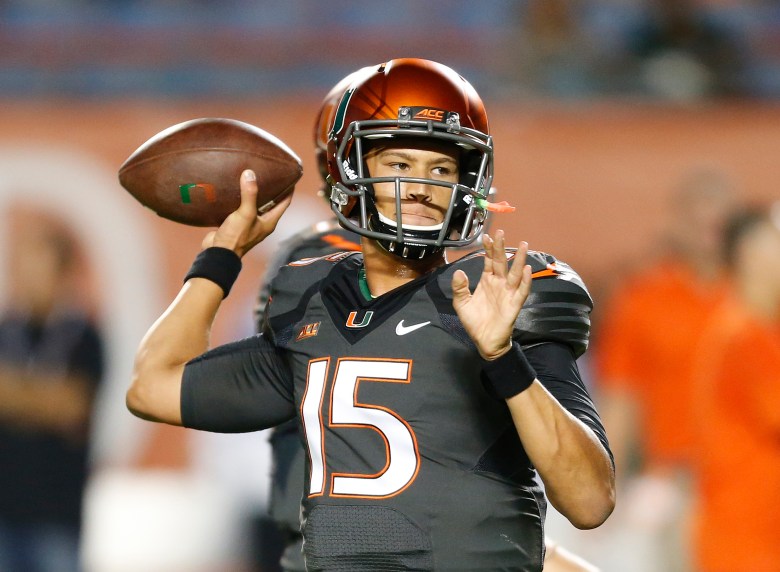 Miami had to be worried about sending a true freshman quarterback into this situation, but he made those doubts go away quickly. Kaaya went 16 for 34 with two touchdowns and one interception, including two brilliant touchdown passes. Miami has a great future ahead of them with Kaaya, and if Al Golden can improve his recruiting classes “The U” could return to prominence.

What Happens to the Playoff Picture? 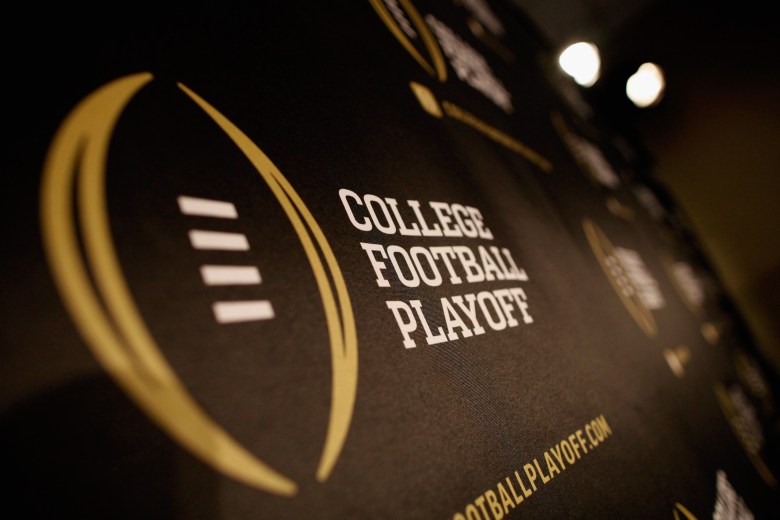 The Seminoles remain in the playoff picture, but where they end up is the question. With Mississippi State falling to Alabama, Oregon on a bye, and TCU struggling versus Kansas (no this isn’t basketball) the top four looks murky. The committee is looking at a top three combination of Alabama, Florida State and Oregon (not in that order) and likely TCU, Mississippi State, Ohio State or Arizona State in the fourth spot. 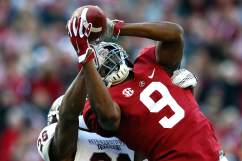