The highly anticipated bout, held at Boardwalk Hall in Atlantic City, brought together two of the division’s top fighters. In a confrontation expected to pit the 49-year-old Hopkins’s ring-savviness against the 31-year-old Kovalev’s brawn and power, the younger man was able to piece together an impressive display of boxing bravado that never gave the old champ a chance to catch his breath.

After a tentative feeling-out period in first half of the opening round, Sergey Kovalev, now 26 (23)-0-1, exploded with a right hand to Bernard Hopkins’s head that put former undisputed world middleweight champion down on the canvas.

Hopkins, now 55 (32)-7-2, was barely able to survive the rest of the round, as well as the second round, where he tried to clear his head from the previous round’s knockdown.

But that was all for the living legend. The rest of the fight belonged to Kovalev, who patiently applied controlled pressure, never allowed himself to become reckless, and dictated the action from the center of the ring.

Hopkins demonstrated his champion’s determination in the 12th round when he was able to stay on his feet despite Kovalev’s unloading tremendous blows to the head as the last seconds of the fight counted down.

The one-sidedness of the match was further emphasized by CompuBox numbers showing that Kovalev landed 166 of 585 total punches, while Hopkins landed only 65 of 195 of total punches thrown.

2. Questions Were Answered: Hopkins is Human, Krusher is Legit

One of the questions going into Saturday’s bout was how Kovalev would, having never gone farther than eight rounds in any of his previous professional fights, endure if the fight went into the later rounds?

However, by the ninth round Krusher was fresh on his legs, while Hopkins looked older as each minute of the fight went by. And so “The Alien” has showed himself to be an earthling after all.

Over the years, as Bernard Hopkins has continued to elude Father Time, many have asked the question (including the Alien himself): How much longer can he go on? Hopkins has had an incredible run in the sport. A guaranteed first-ballot hall of famer, his accomplishments are not likely to be replicated anytime soon.

However, his technical skill set and experience was not enough to make up for his diminishing reflexes and speed, and the night ended up belonging to the man from Chelyabinsk, Russia.

3. There Were No High-Jinks or Shenanigans From The Alien 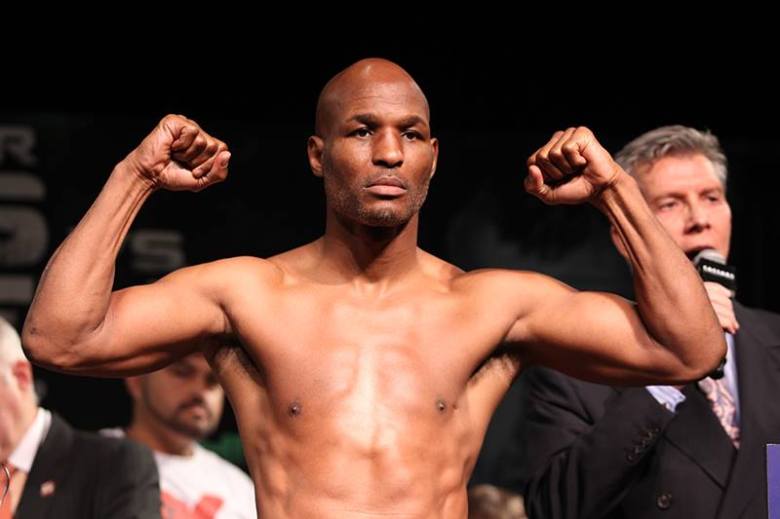 Kovalev’s fast pace and constant pressure throughout the fight kept Hopkins on the move and made it impossible for him to employ his usual “crafty old-school” arsenal of head-butts, hips punches, elbows, thumbs in the eyes, and kissing. (Yes, kissing.)

Unlike referee Steve Smoger in Hopkins’s previous fight, Saturday’s referee David Fields kept a low profile and did not have to intervene much throughout the fight.

However, it is the job of the referee to protect the fighters in the ring and some may question his decision to allow the fight to continue in its closing moments, as Hopkins was unable to defend himself from Krusher’s overwhelming outburst.

4. This Was the First Time in 7 Years That Instant Replay was in Place in New Jersey

A detail that was overlooked in the build-up to the fight was that, if needed, instant replay capabilities were in place during Saturday’s bout. Although the instant replay was not necessary, and there are still many questions regarding the implementation, its use marks an interesting step for a sport that has not been quick to embrace change.

In an effort to keep up with other major sporting events, and to avoid controversy and fan frustration, newly appointed commissioner of the New Jersey State Athletic Control Board Larry Hazzard has voted recently to restore instant replays for combat sports in his state.

The reinstated instant replay was in use last weekend in Atlantic City at an MMA event where the NJSAC utilized it to review a foul during a bout between Lyman Good and Jonavin Webb. (The commission chose not to overturn the referee due to lack of clear footage.)

Replay capabilities for Saturday’s event were paid for by promoter Golden Boy Promotions; the feed for the replay was provided for HBO.

Bernard Hopkins’s professional boxing career began 26 years and 31 title bouts ago in Atlantic City. After Saturday’s fight it could very well end in Atlantic City. But when asked about retirement in the post-fight interview by HBO’s Max Kellerman, Hopkins refused to commit to an answer.

“He needs to stop [his] career, I think,” Kovalev said. “Because he already did a lot in [the] boxing world and he needs to give [an] opportunity to younger guys to be champions.”

Bernard Hopkins, his trainer Naazim Richardson, and the rest of his team will take time to reassess and decide what is best for the old warrior’s future.

As for Kovalev, the sky is now the limit. This fight and the publicity around it has made him one of the most popular boxers today. His patience, control, and versatility have proven to detractors who have accused him of being too green that he has indeed arrived.

“I’m ready [to fight] anybody,” said Kovalev to Kellerman.

But first, Krusher has something very important to do: hold his newborn son who his wife recently gave birth to in Los Angeles during the champion’s training camp.

“My son has pushed me more and it’s a big motivation for me,” Kovalev said “Now I understand for who I am doing everything in my career. I’m doing this not just for me but I’m doing this also for my family.”

His son Aleksandr may soon be able to brag to his friends that his father was the man who retired The Alien.

In the co-main event, Brooklynite Sadam Ali stopped Argentine Luis Carlos in the ninth round by TKO.