Jay Cutler is hoping things go a whole lot better in Green Bay than they did two weeks ago in New England. (Getty)

The Chicago Bears are coming off their worst game of the season: A 51-23 drubbing at New England made even more embarrassing when defensive end Lamarr Houston tore his ACL while celebrating a sack on Patriots backup quarterback Jimmy Garoppolo in the fourth quarter.

The good news is that the Bears had a bye after the New England game, giving them an extra week to regroup. The bad news is that their return to the field comes tonight at Green Bay against a Packers team that won the teams’ first meeting convincingly on September 28 in Chicago.

Kickoff is set for 8:30 p.m. Eastern, with TV coverage on NBC. Al Michaels, Cris Collinsworth and Michele Tafoya have the call, with NBC’s Football Night in America preceding the broadcast. 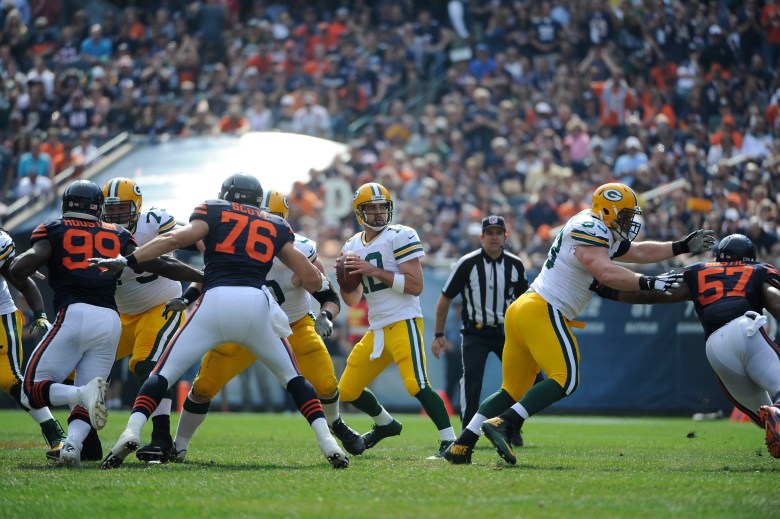 Aaron Rodgers and the Packers beat the Bears September 28 in Chicago. They’ll go for the season sweep Sunday night in Green Bay. (Getty)

Bears vs. Packers Photos: The Pictures You Need to See

Read More
Football, NFL
One of the oldest rivalries in the NFL is renewed Sunday night when the Packers host the Bears at Lambeau Field. Here's how to watch.